While the FANG acronym of stocks doesn't dominate the headlines any longer, the influence of the group has yet to truly wane, even it's not about true diversity. This group -- consisting of Facebook (FB) , Amazon (AMZN) , Netflix (NFLX) and Alphabet (formerly Google) (GOOG)  -- doesn't represent the market. There's even some overlap here as all of them compete for eyeballs and clicks in one way or another. The group isn't even about hot money any longer. Newer, smaller stocks have rotated into that position. Twilio (TWLO) and Acacia Communications (ACIA) are just a couple of names that have stepped into that role. This is about the biggest of the big. Of the top-five market-caps, you'll find three names claimed by FANG components. Poor Netflix trails quite a bit behind, but has always been included due to its big momentum and large influence on changes in the way media is moving forward.

I'm of the notion that these names need to be viewed individually at this point. We love catchy acronyms for stocks, but most are fleeting and mean very little in the long run. The S&P 500 is up strong today and even the Nasdaq is higher, yet two of the four FANG stocks are lower and one is flat. Of course, it's only a single day, but these are being used for convenience. That doesn't translate to ignoring the action, but it does mean perhaps it is time we lay this group to rest and focus on the stock's individuality.

We can note a double-top present on the daily chart of NFLX. A close over $100 and NFLX bulls likely aren't going to worry themselves about how Facebook or Google are performing. They are going to buy and look for $105. If $97 fails to hold, then bears might look to apply pressure to the downside. 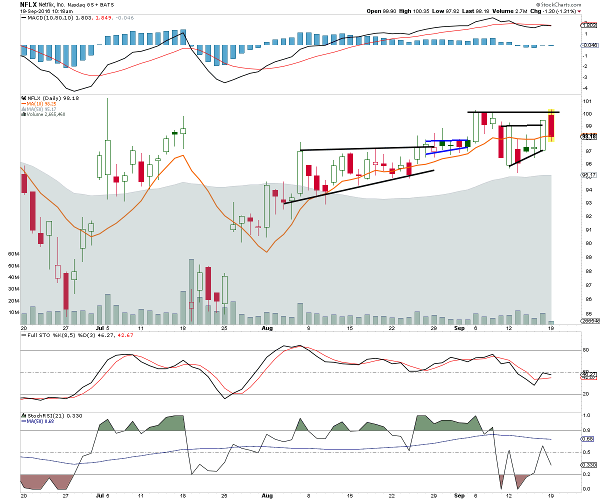 For Alphabet's GOOG shares (the company's  (GOOGL) shares are part of Jim Cramer's Action Alert PLUS), a close over $772.50 should encourage bulls. The price pattern is similar in terms of upside as compared to Netflix, but Google has a pesky open gap on the downside. The good news is (not if) the 50-day simple moving average (SMA) has pushed above the gap, and the combination of that SMA along with the top of the gap is a clearly defined point where longs should stop or hedge. 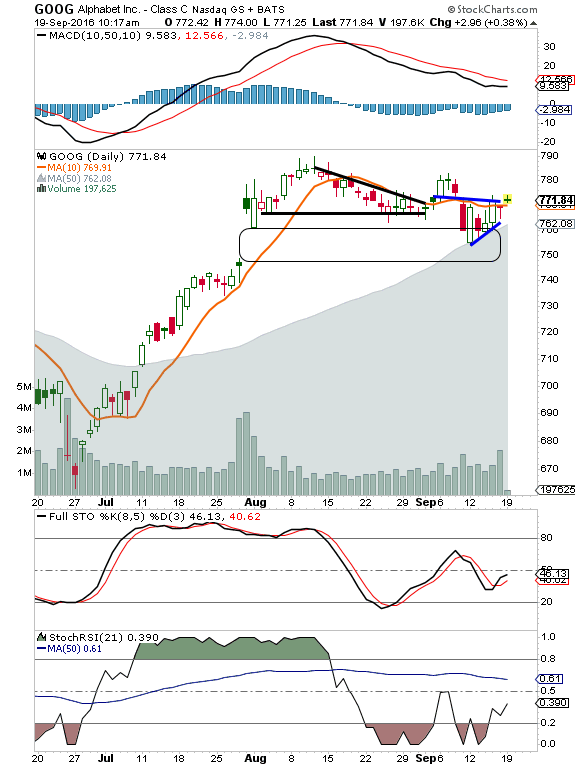 Amazon, which is part of TheStreet's Growth Seeker portfolio, defines its stop at $755. We have six weeks of $755 holding. The 50-day SMA has also moved above this support level, but secondary indicators are not coming along in the same bullish fashion that we see in price. 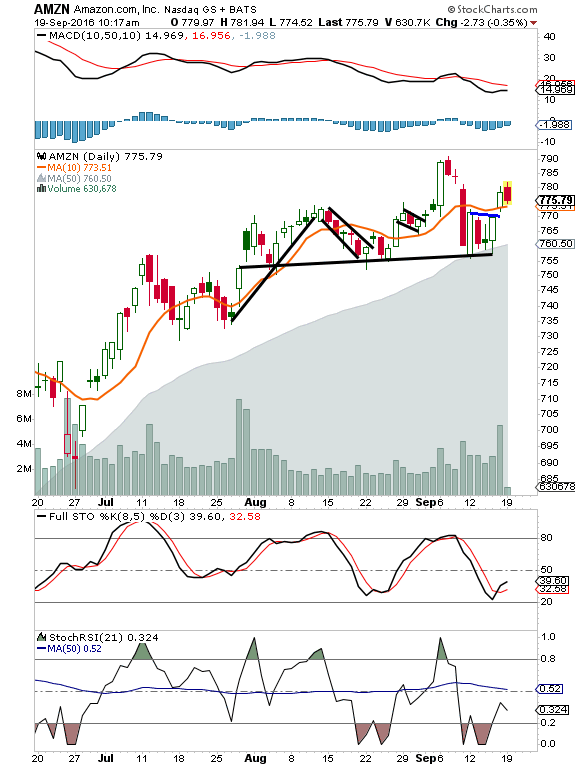 Facebook, also part of Action Alert PLUS, still looks the strongest of the group, although it has a tighter setup and less leeway in terms of a stop. This $126-$132 range does provide useful information, although I would consider $123-124 to be the truly worrisome points on FB, and that's where I would have my stops or hedges set. A push over $132 and we should see a leg higher into the end of the year. 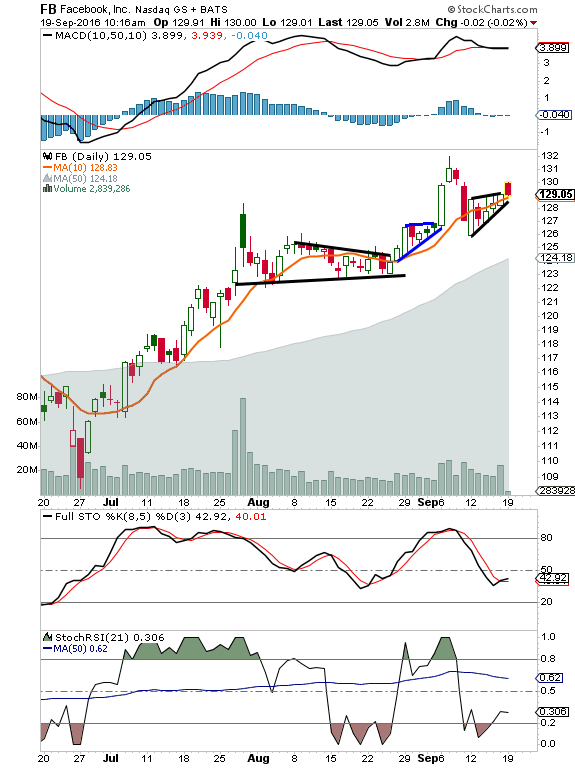 Even though we see some similar setups in these four, I can find almost the exact same setup in a few dozen other stocks. This acronym would look like alphabet soup and offer us about the same information we are seeing in the overall market. Now is not the time to extrapolate broad market views from a tight group of four like these. Maintain a view of individuality when analyzing the FANG names.

There Are Multiple Bullish Divergences That Push Me Into Comcast

This trade is essentially a stock replacement strategy.

JFrog Shares Have Bottomed and Can Be Bought