We know eating healthy is better, but occasionally a Big Mac or pepperoni pizza becomes impossible to resist. It can feel the same way with investments. Safe and sane companies are healthier choices but 'junk stocks' can be awfully tempting.

We all dream of making that "killer trade" which nets so much that it skews overall total return dramatically higher. That kind of move rarely happens with blue-chip stocks. The largest percentage gains typically come when high-risk issues with serious problems get insanely cheap.

That happened to many stocks in the Crash of 2008-09 as survival itself appeared in doubt. When credit markets essentially froze up, nobody wanted to hold shares of companies with dicey balance sheets.

At the worst of 2009's carnage Pier 1 Imports (PIR) had dropped by 99% from its 2006 pinnacle. Traders were treating it as a sure bankruptcy, with no residual value. 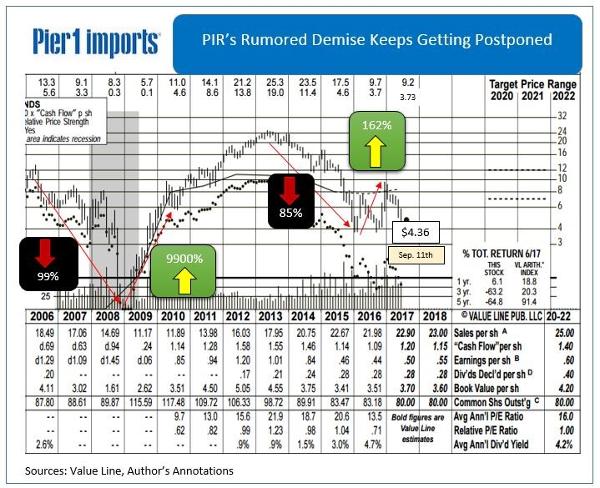 High-quality DuPont, now part of the merged DowDuPont (DWDP) spun off Chemours (CC) in 2015. The spinoff was debt-laden and burdened with legal problems. CC fell 81% from 2015's top to its early 2016 bottom. Like Pier 1, many people were sure Chemours wouldn't survive, let alone prosper. 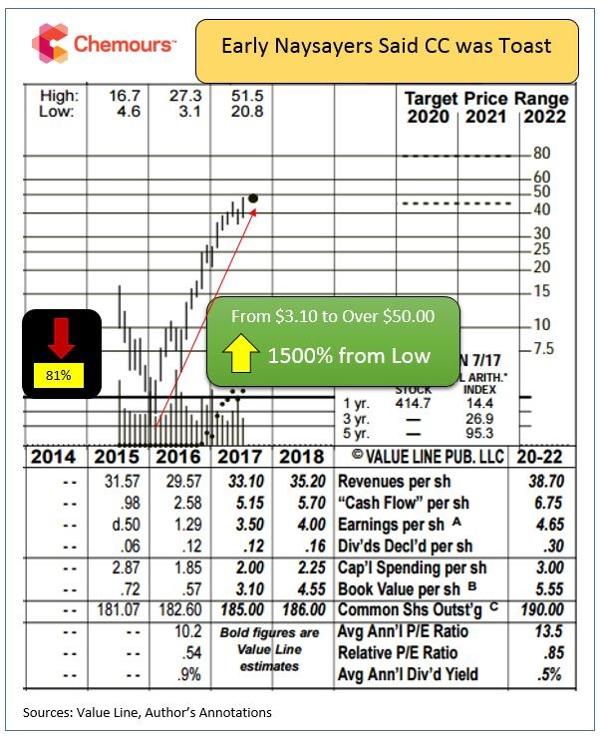 Those crazy gains are already in the books. I no longer own any CC shares.

My new less-than-fully healthy stock is Libbey (LBY) , a venerable household name that makes glassware and other household products.

Libbey has a weak balance sheet and showed GAAP losses over the most recent three quarters. At this year's low of $7.33 per share the stock had fallen 82% from its 2015 peak.

That time around LBY was profitable and shouldn't have been so scary. Even so, buyers near 2011's bottom had a shot at 344% profits over the next couple of years. 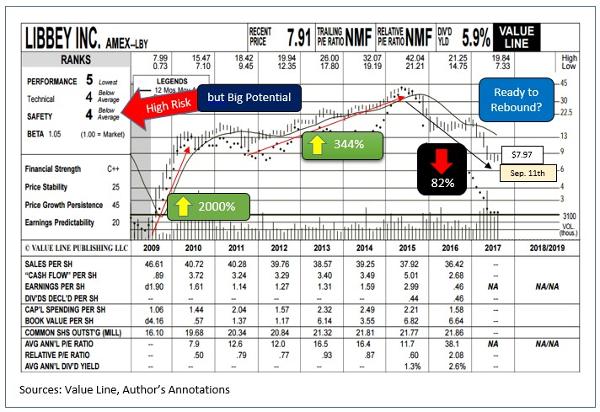 Libbey showed an adjusted profit of 36 cents a share in its second quarter. Despite the firm's high debt, management inexplicably pays a generous 11.75 cents a share quarterly dividend. At under eight bucks a share, that translates into about a 5.9% current yield.

Libbey's CEO indicates that things should improve due to actions already taken.

Yahoo Finance only shows two analysts willing to venture forward estimates for this stock. The average of their 2018 projections would see LBY earning $1.26 per share. That implies next year's P/E is just 6.3x. Even the low estimate would represent just a 7.2x multiple.

This, or any other low-quality stock, is not one to bet the farm on. It does look enticing though, considering LBY changed hands near $20 YTD and during each of the five years from 2012 through 2016.

It is not farfetched to think a quarter or two of positive numbers might really get LBY cranked up again. Even twelve times next year's mid-point guesstimate would support a $15 target price.

Risk-takers on a tight budget might want to consider buying some Mar. 16, 2018 expiration date call options. I was able to get some for $1.25 per share on Monday, Sept. 11.

Traders willing to assume greater than average risk should think about owning LBY shares and/or going long some call options.

Owning shares outright offers a less leveraged way to play. It also imposes no time limit on any potential recovery.

This commentary originally appeared on Real Money Pro at 7:00 a.m. on Sept. 12. Click here to learn about this dynamic market information service for active traders.

Get an email alert each time I write an article for Real Money. Click the "+Follow" next to my byline to this article.
TAGS: Investing | U.S. Equity | Consumer Discretionary | Earnings | How-to | Options