International Paper (IP) has been moving in a sideways-to-higher trend since December, but the indicators have been improving since May and we could soon see an upside breakout above $59.

Let's check the charts and indicators to see how we might want to position IP.

The On-Balance-Volume (OBV) line declined from January to April but it has risen from May. A rising OBV line signals more aggressive buying as volume has been heavier on days when IP has closed higher. The Moving Average Convergence Divergence (MACD) oscillator just moved above the zero line for an outright go-long signal. In August, we saw a cover-shorts buy signal.

In this weekly bar chart of IP, below, we can see prices are above the rising 40-week moving average line, which has been tested a number of times since early 2016. The weekly OBV line makes a low in early 2016 and improves until last September, but then turns neutral. The MACD oscillator on a weekly timeframe is narrowing toward a fresh outright go-long signal.

In this Point and Figure chart of IP, below, we can see the sideways to higher consolidation pattern noted above. A trade at $58.65 would be a breakout and open the way to higher prices. The first price target is $64. 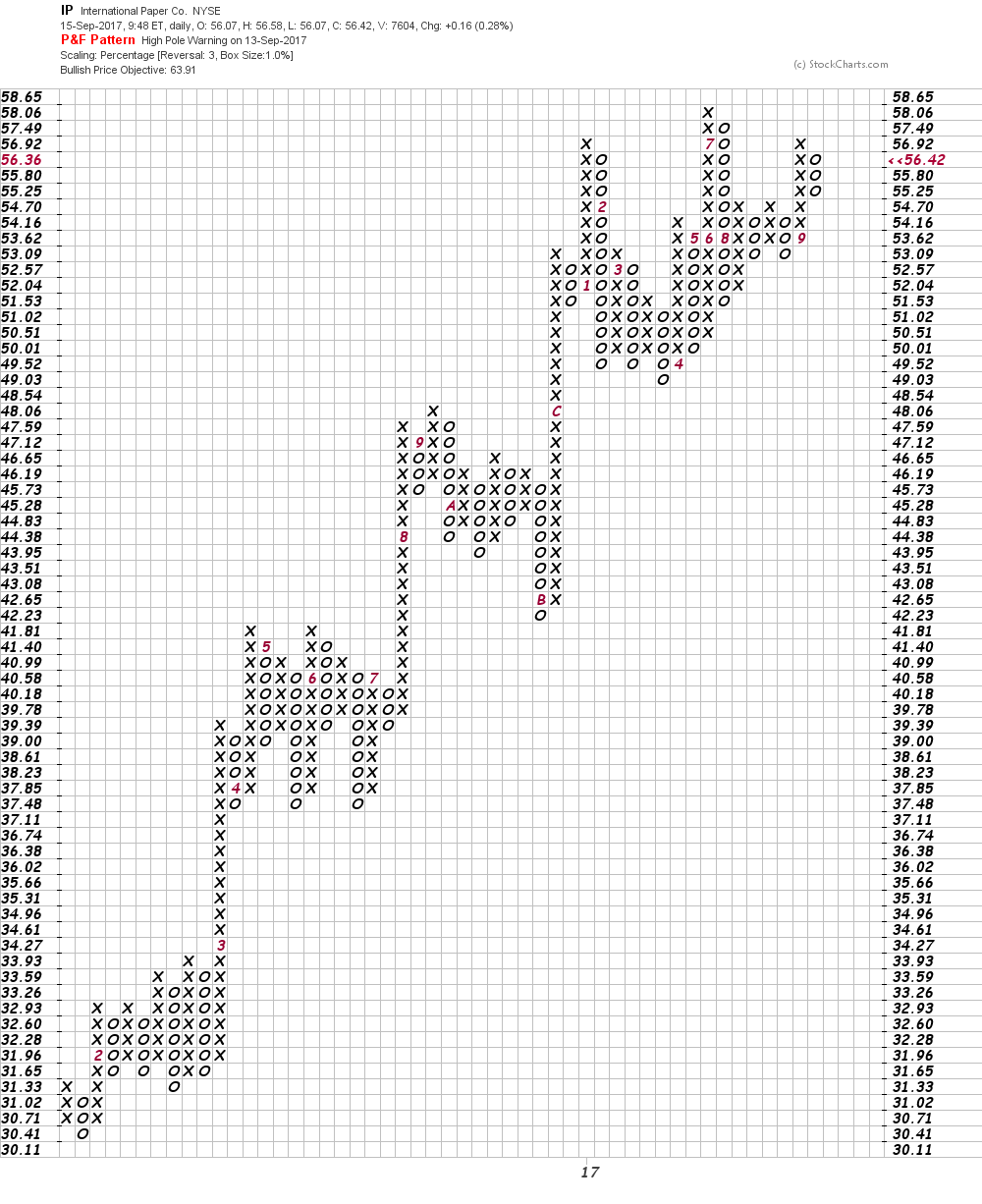 Bottom line: Risking below $52, traders could go long IP at current levels or they could go long on a close above $58, looking for gains to the mid-$60s.

Get an email alert each time I write an article for Real Money. Click the "+Follow" next to my byline to this article.
TAGS: Investing | U.S. Equity | Consumer

The 'Perfect' Seasonality Trade of 2021

I'm not one for seasonality, but check out this breadth pattern for the year. Also, let's look at shifting sentiment, breadth and more.