Last night on "Mad Money" in his "Executive Decision" segment, Jim Cramer sat down with Wahid Nawabi, the president and CEO of the unmanned aircraft maker AeroVironment (AVAV) . The price of AVAV has more than doubled since Cramer reported on the company back in October.

Recently they had a huge earning's beat and revenues soared. Fundamentals seem strong but let's check out the charts too.

In this daily bar chart of AVAV, below, we can see a sideways trading pattern from last September to around April and then prices took off to the upside.

The level of the trading volume has been strong on days when prices have really rallied and the daily On-Balance-Volume (OBV) line has been rising strongly since early April to confirm the price advance.

The Moving Average Convergence Divergence (MACD) oscillator has been above the zero line since early April and is still pointed up in a bullish configuration.

In this weekly bar chart of AVAV, below, we can see that prices are up nearly four-fold from the $20-$30 base area in 2016. AVAV is above the rising 40-week moving average line.

The weekly OBV line is strong as is the weekly MACD oscillator.

In this Point and Figure chart of AVAV, below, we can see the huge rally from the 2015 nadir. We have no further price targets extrapolated right now so a period of sideways price action may be in order. 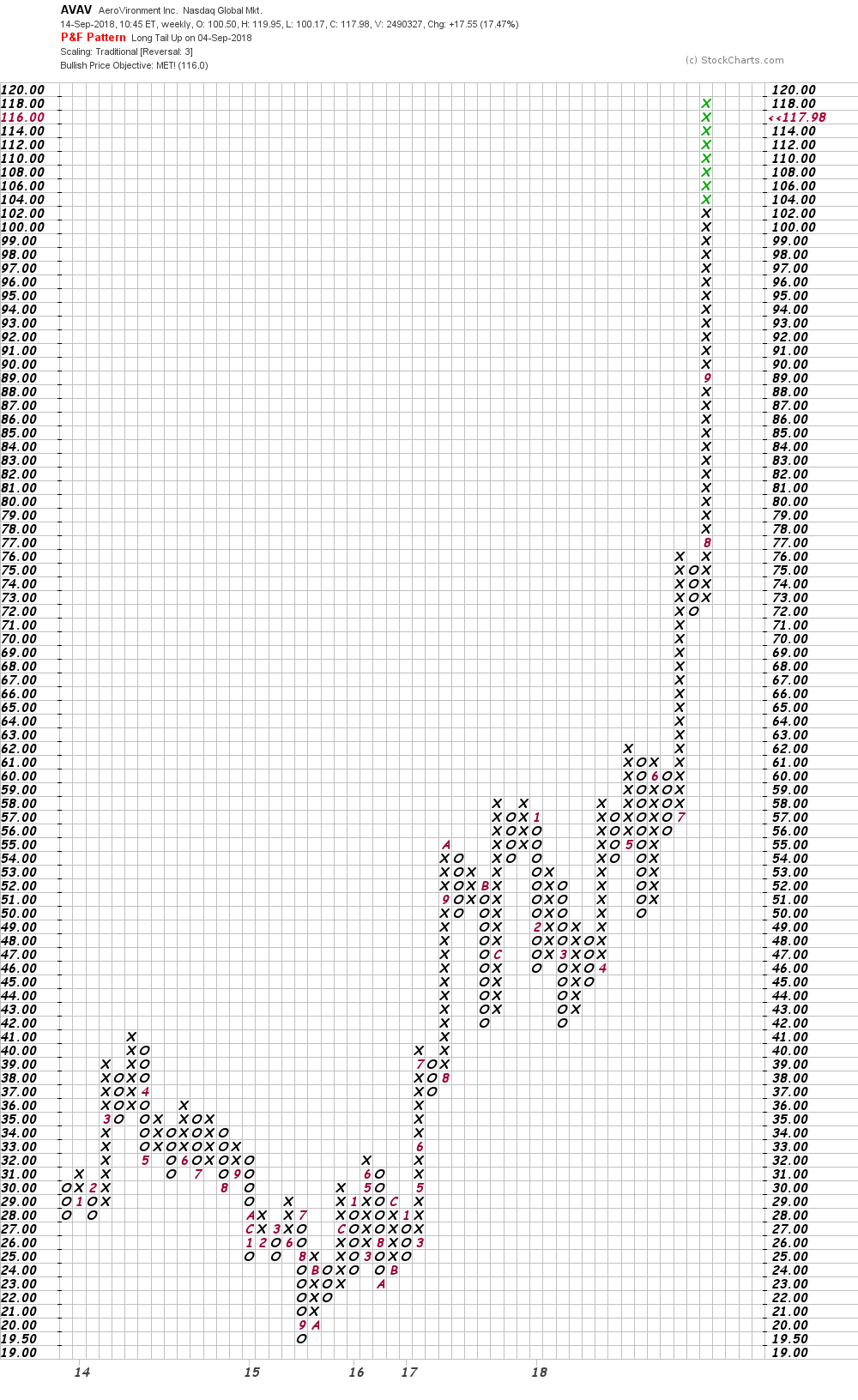 Bottom line strategy: If you bought AVAV back in October when Jim talked about it on "Mad Money" you are sitting pretty. Investors should use a sell stop just below $90. Because prices are so far above the 200-day moving average line I would anticipate a period of sideways price action or even a pullback into the $110-$100 area.