Living in Florida for 15 years now, one comes to know the value of preparation when hurricane season is in full force. I have ridden out most of the storms that seemed headed our way over the past decade and a half, taking the proper precautions to reduce risk of major damage. That strategy has worked out well over the years.

However, sometimes there is little one can do and the only recourse is to "get out of Dodge" after securing your place. Such is the case with Hurricane Irma, which is why I am up working out of a New York City hotel along with my girlfriend this week and my Golden Retriever is in the front seat of my buddy's 911 heading up to Richmond, Va. 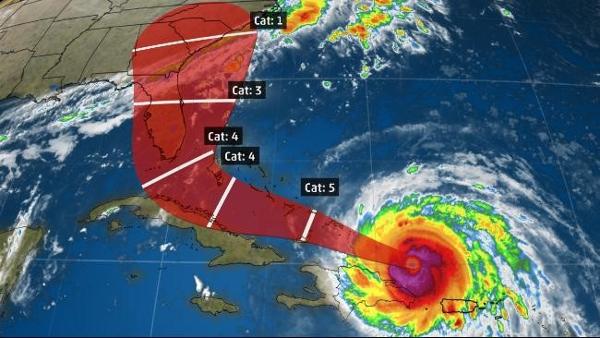 This precaution and planning ahead in my personal life also extends to my philosophy and strategy toward investing, where I operate in a similar manner. I consider myself a cautious but prudent investor even if I largely invest in biotech and small-cap stocks.

This cautious prudence has served me well in investing over the decades. I was entirely out of the market before the Internet Bust and had more than one-third of my portfolio in cash (and not nearly enough!) before the recent financial crisis. Obviously, I am not nearly as pessimistic on the current market as either of those instances.

Nevertheless, I do believe the current market is fully, if not at least slightly overvalued and bargains are hard to find. Stocks have had a good year despite increasing dysfunction in D.C., dimming prospects for tax reform and major infrastructure spending as well as escalating global tensions around North Korea. Most of the gains have come from large-cap concerns, especially in technology.

While still finding the occasional undervalued small-cap, I am not seeing many compelling names now. Therefore, I have slowly and incrementally raised my cash allocation to just over 20% of the portfolio.

How have I done this? Largely by culling profits, using the "Jensen Rules" (see below), from some of my small-cap biotechs that have had huge runs in 2017. These include MyoKardia Inc. (MYOK) and AVEO Pharmaceuticals (AVEO) . I also used last week's big surge in the biotech sector to sell some out-of-the-money covered calls on parts of core holdings Amgen (AMGN) and Celgene Corp. (CELG) for solid premiums.

I am not expecting a major pullback in 2017, although a 5% "hiccup" seems long overdue. I also don't see how we get a significant rally from here, unless tax reform efforts bear major fruit, which does not seem likely.

And that is how I am prudently playing the market while praying I have a place to come back to in Miami when Irma has come and gone. For all in the Hurricane's path, please take the proper measures to keep and your family safe.

You now have locked in a guaranteed profit even if the stock goes to zero. You also have 50% of the original stake riding on the "house's money", one of the best free rides there is.

Get an email alert each time I write an article for Real Money. Click the "+Follow" next to my byline to this article.
TAGS: Investing | U.S. Equity | Healthcare | Markets | Economy | How-to | Stocks