The Chemours Co. (CC) has been correcting lower since October 2017 but it looks like it is finally ready to resume its uptrend. We haven't visited with CC in a long time, but traders should still be long based on our suggested stop loss point.

In the daily bar chart of CC, below, we can see can see a peak back in October 2017 and long, drawn-out correction lower. Prices look like they have stabilized in the $44-$42 area the past two months. CC just rallied and and closed above the declining 50-day moving average line Monday. CC is still below the declining 200-day moving average line but it intersects not far above the market around $49.

The daily On-Balance-Volume (OBV) line has been steady/stable the past two months and looks "ready" to move higher. A rising OBV line tells me that buyers of CC have begun to get more aggressive after months of weakness.

The trend-following Moving Average Convergence Divergence (MACD) oscillator gave a cover shorts buy signal in early July and another one now. A move above the zero line will be an outright go long signal.

In the weekly bar chart of CC, below, we can see plenty of improvement since our last inspection. Prices are still below the declining 40-week moving average line but a weekly close above $49 should break it.

The weekly OBV line has been positive the entire time that prices have worked lower telling me that investors have held those positions. The weekly MACD oscillator is now close to a crossover from below the zero -- a cover shorts buy signal.

In this Point and Figure chart of CC, below, we don't have an upside price target being projected but a rally to $49 will be a small double-top breakout. 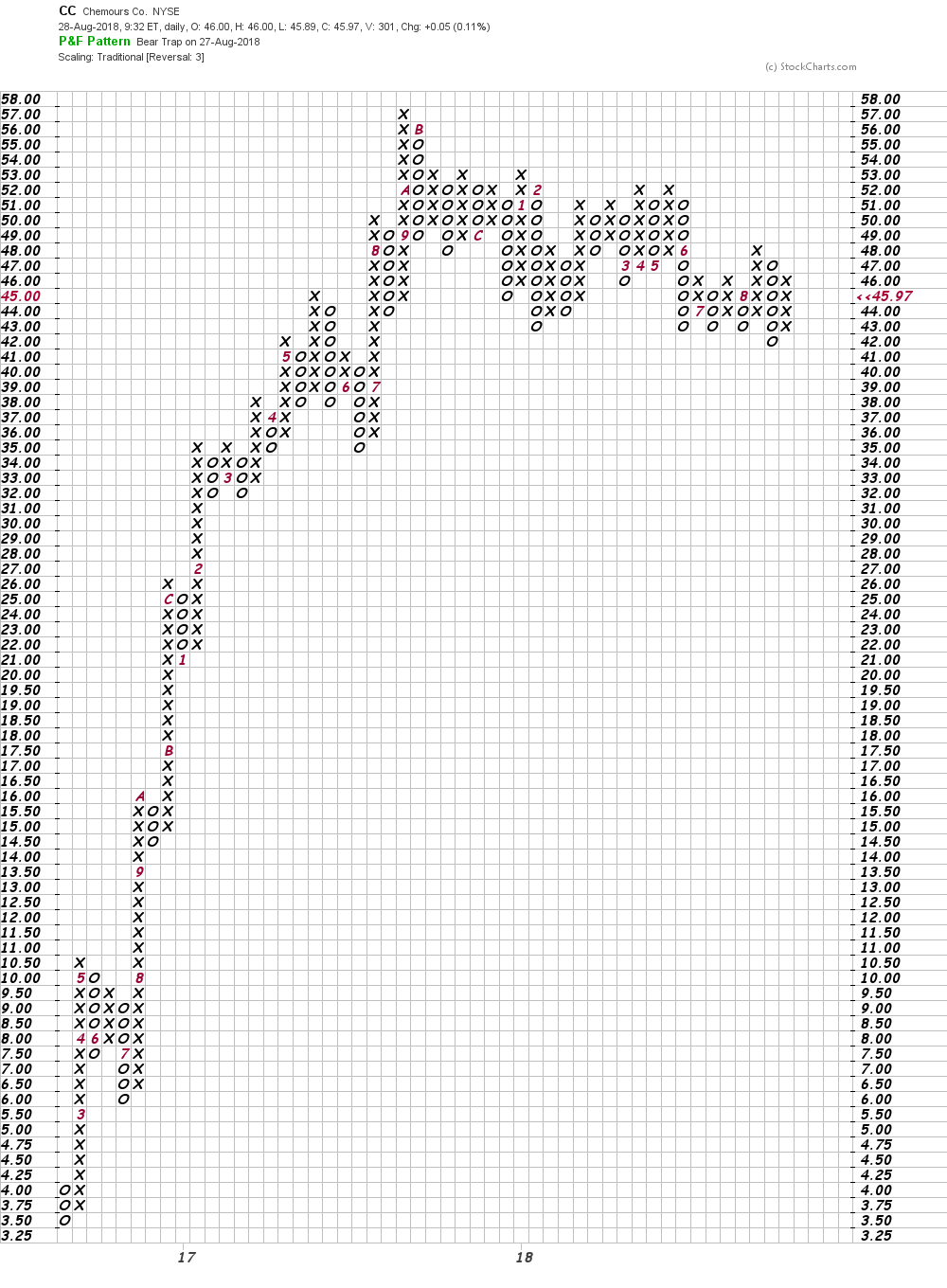 Bottom-line strategy: Traders and investors can go long or add to longs on strength above $49. Risk below $42 now.