(This commentary was sent to subscribers of Trifecta Stocks on Friday. Click here to learn about this long-only model portfolio.) 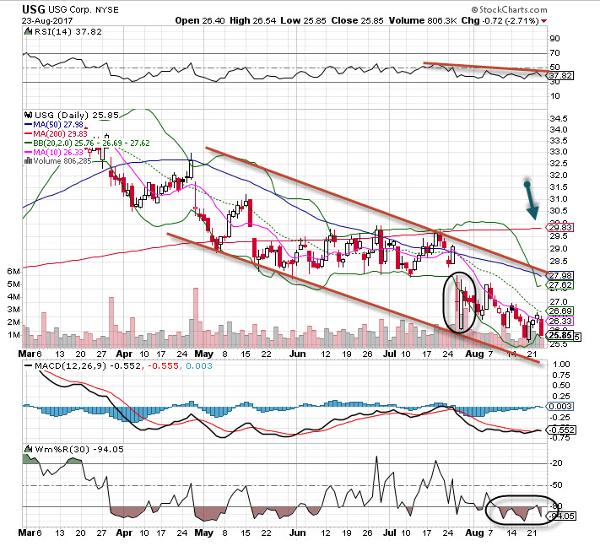 USG (USG) recently was downgraded to Hold with a C+ rating by TheStreet's Quant Ratings.

U.S. Gypsum has been in the house of pain since breaking down last spring. After having a rough go of it, commodities lately have started a bit of a surge, but USG is not participating. Volume has been swelling on the down session and we can see momentum is quite weak. Sell any rallies to the top end of the channel. 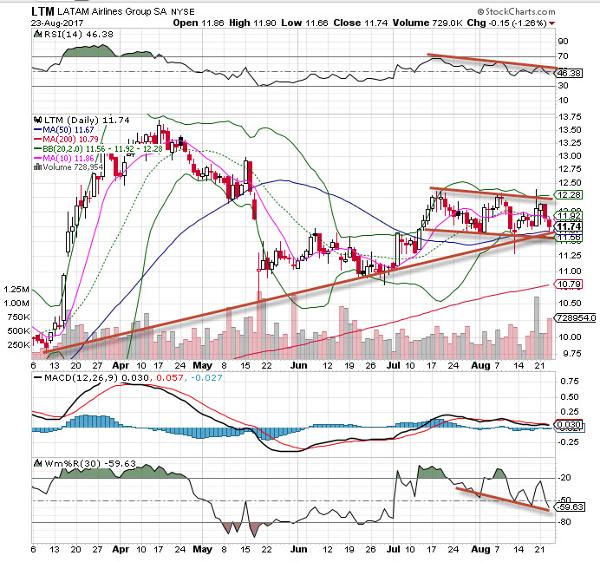 Latam Airlines (LTM) recently was downgraded to Sell with a D+ rating by TheStreet's Quant Ratings.

Airlines have been flogged lately but this one may just be getting ready to descend. This stock has some higher volume on the down sessions, telling us distribution is at hand. Momentum is making lower highs and lower lows, and a price break below the trendline looks apparent. If the $11.50 level is taken out, we should see a test of the 200-day moving average soon. 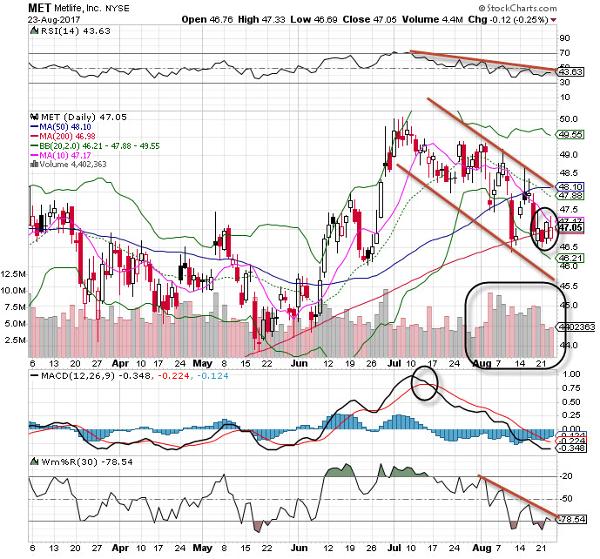 MetLife (MET) recently was downgraded to Hold with a C+ rating by TheStreet's Quant Ratings.

This insurer has shown massive distribution this month on big volume, but the downtrend channel is intact. The MACD sell signal started in July is still in effect, while RSI readings are sloping steeply downward. MetLife is battling with the 200-day moving average, not a good sign here with the market teetering. We could see the May lows coming into view soon. 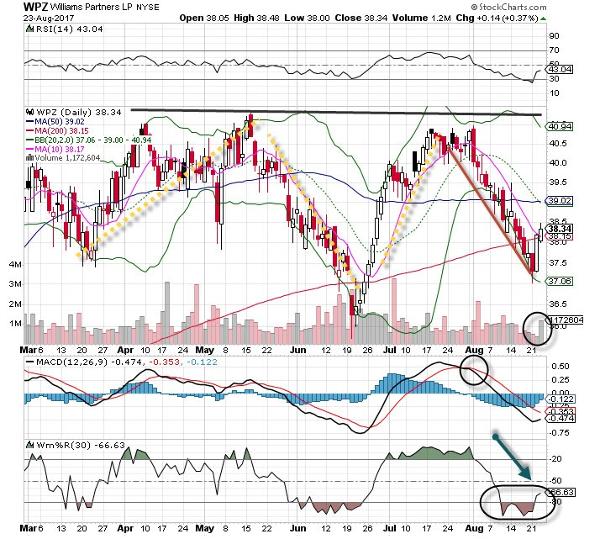 Williams Partners (WPZ) recently was downgraded to Hold with a C+ rating by TheStreet's Quant Ratings.

This master limited partnership has built a monstrous M pattern, often quite bearish, as we can see here. While the sharp move up was rather impressive this week, it is likely just another selling opportunity; in fact, a bear flag is being created. The stock is not too oversold, but the bull trap is set, so sell any rallies. 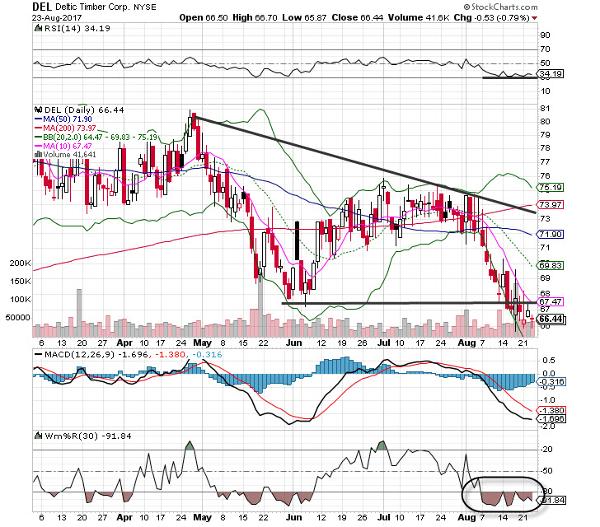 Deltic Timber (DEL) recently was downgraded to Hold with a C+ rating by TheStreet's Quant Ratings.

Deltic has just broken below the May lows and is looking a bit lower here after some consolidation. The stock is very oversold and, as we see, the RSI is flat on its back. August has been a disaster for this stock, and any rally should be sold.

Get an email alert each time I write an article for Real Money. Click the "+Follow" next to my byline to this article.
TAGS: Investing | U.S. Equity | Transportation | Energy | Basic Materials | Options | Short-selling

The charts of the diversified energy company tell a positive tale in advance of its fiscal third-quarter results.