How can you tell if a stock's plunge is over?

What you can do is feel confident that its price is far enough below "fair value" to put the odds heavily in your favor. Buy some shares knowing it might go lower and then wait for a return to sanity over time. About 40 years of experience has taught me rebounds can happen quickly, but they sometimes take six, twelve or even eighteen months to play out.

If you bought higher initially consider averaging down when the numbers appear compelling.

Here are the numbers on three stocks which I've been adding to in recent days. Each offers significant upside using conservative projections.

Sabre Corp. (SABR) got cheap enough last Friday to trigger Morningstar to upgrade it to their highest, 5-star, rating. SABR established a new multi-year low despite its continued good prospects. 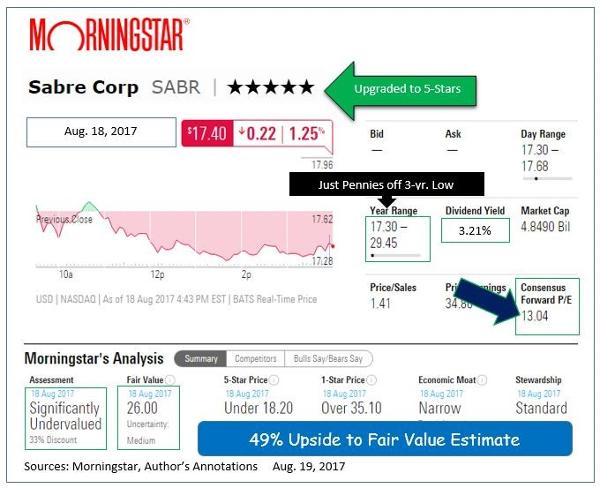 Sabre now sells for its lowest multiple and highest yield ever. It is the best travel-related stock that I know of. As of 1: 53 PM on Monday SABR was still available for $17.45 per share. 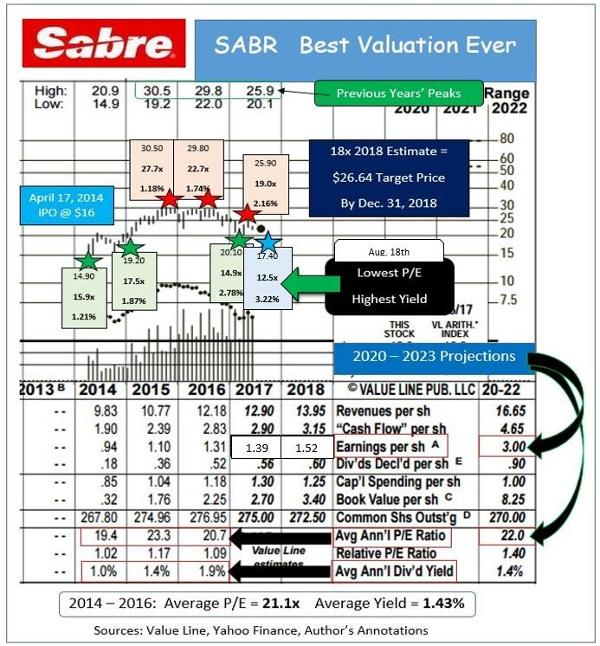 Hibbett Sports (HIBB) was hit hard last week after Foot Locker (FL) got creamed on a disappointing quarterly report. Any bad industry news seems more than fully reflected. HIBB came down from almost $46 to under $10 before closing last week at $10.90. It got into Morningstar's 5-star range during the day last Friday. 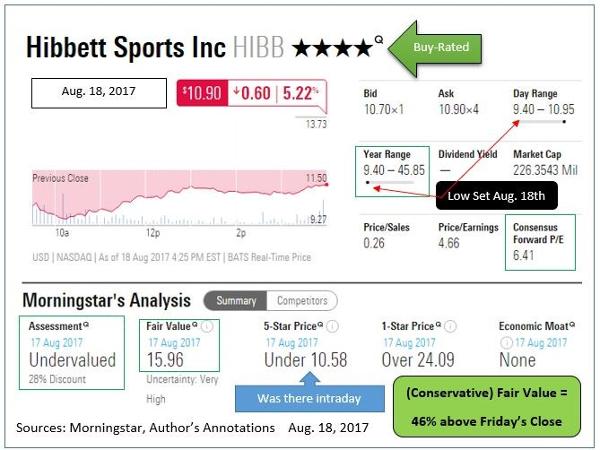 At $10.90, Hibbett's P/E was an astonishingly low 6.4x this fiscal year's already-reduced estimate. Hibbett is now cheaper than it was at 2008's absolute nadir.

Note that shares of this solidly financed, profitable company fetched $38 to $67 during each of the last eight calendar years. Even a partial regression to the mean will provide huge gains from here. Just before 2 PM on Monday it had bounced back to $11.30 per share. 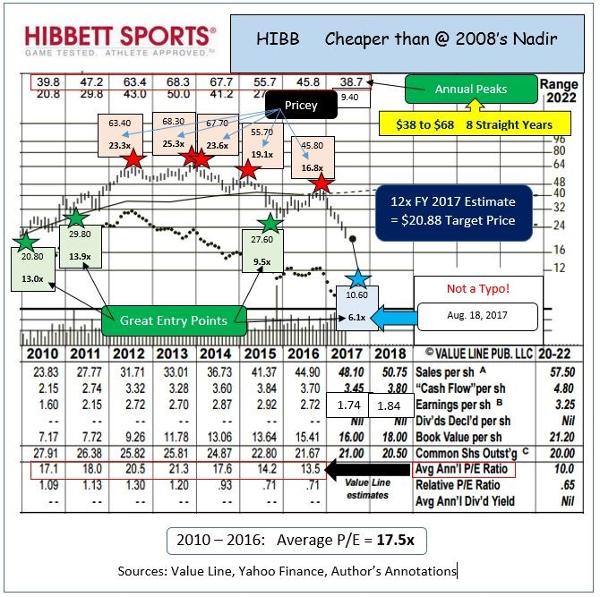 Genesco (GCO) is also in the shoe business. It dropped sharply enough last Friday to attain 5-star status as well, setting a seven-year low in the process. 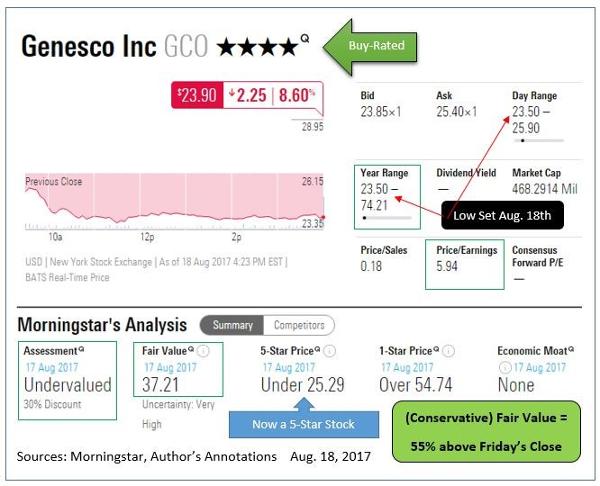 The firm has a fine balance sheet and remains highly profitable. Like HIBB, it presently sells for under 7x this year's estimate. Traders with their eye on little-followed GCO got the chance to buy as low as $21.85 intraday on Aug. 21, 2017. By 2 PM it had picked back up to $23.40. People paid peak prices of $64 to $89 during each of the past seven years. 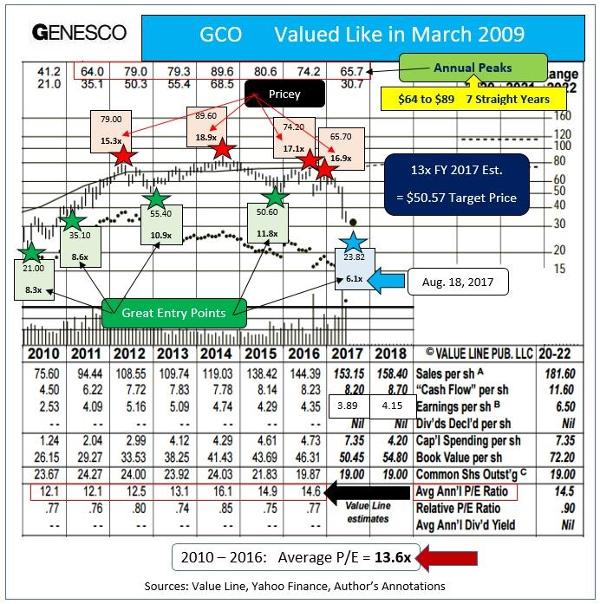 Why be afraid of owning good quality shares when they sell for less than half of their normal valuations?

My evaluations, and Morningstar's, lean heavily on quantitative measures. That provides confidence while also removing emotion from the equations. It's hard to believe stocks which fall so sharply can really be worth so much more than their market prices. Look back at these three issues in a year. You'll probably be shocked by how well they did for buyers brave enough to jump in when others were most fearful.

This commentary originally appeared on Real Money Pro on Aug. 22. Click here to learn about this dynamic market information service for active traders.