American Water Works Co. (AWK) made a lopsided double-bottom pattern in February and June. From the June nadir prices rebounded and broke out above the late April/early May highs. The rally has slowed recently but we should see further gains. Let's check out all our charts and indicators of this name discussed by Jim Cramer Tuesday night on Mad Money.

In this daily bar chart of AWK, below, we can see a mixed picture. Prices are above the rising 50-day moving average line and the positive 200-day line. Early this month the 50-day line crossed above the 200-day line for a bullish golden cross. The daily On-Balance-Volume (OBV) line has been rising since early March and tells us that buyers of AWK have been acting in a more aggressive way than sellers.

In the lower panel we can see a bearish divergence as price momentum has slowed from late June to now even though prices have made higher highs.

In the weekly bar chart of AWK, below, we can see another mixed picture. Prices are above the slightly positive 40-week moving average line. The weekly OBV line has a downward bias the past two months and the weekly Moving Average Convergence Divergence (MACD) oscillator has begun to narrow from above the zero line. 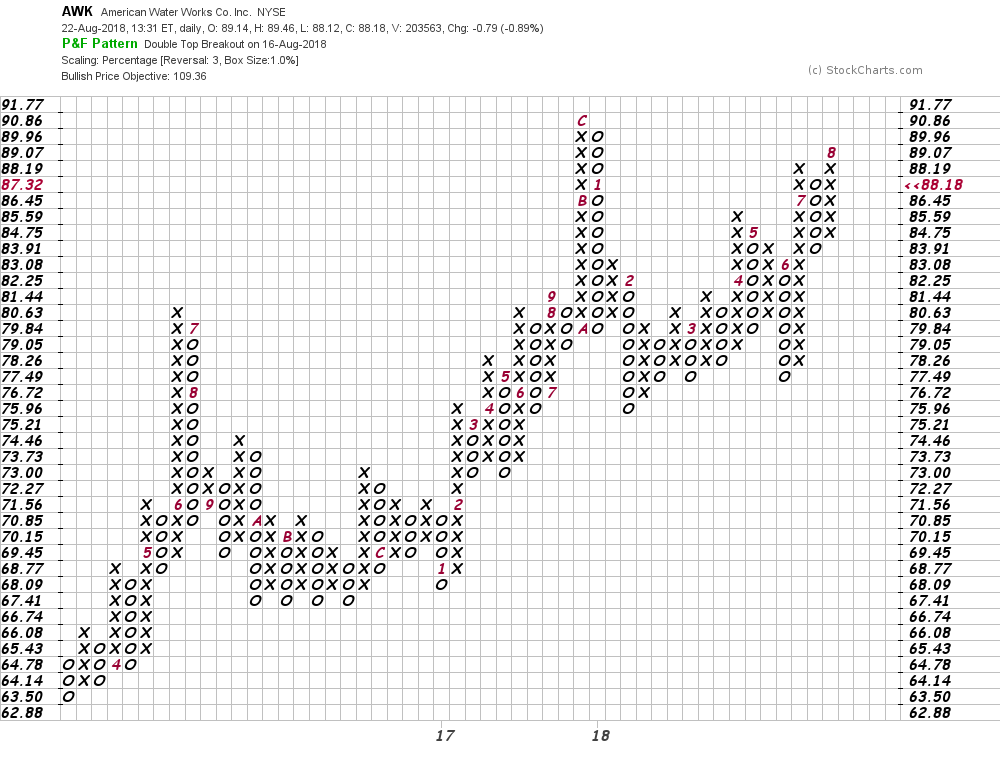 Bottom-line strategy: With a bearish divergence on the daily chart we could see AWK trade sideways to slightly lower before it tries to break out over $92.

October Rebound, Pricing In the Past, Tesla Hertz So Good, Space, Facebook Q&A

Markets are pricing in some fiscal policy, but it's not what a lot of pundits think.

Insiders have been using recent market strength to lighten up.