An unsettling disconnect has been happening this month between oil prices and the oil stocks that we've been following. As oil has made a financially driven move higher, oil stocks haven't been slavishly following along. This has made trading those large-cap and mega-cap companies confusing and difficult. But this doesn't mean there aren't any values to be found in the energy sector. One is setting up rather well, and although it won't be the long-term, big-multiple win that E&Ps have turned out to be, it's still worth exploring.

I'm circling back, after a long hiatus, to the refiners.

That's a bold call, considering that it was a refined-products glut that moved oil from $52 a barrel to close to $40 before this rally. It's been an end to the export ban and concurrent squeeze of the WTI/Brent spread that have decimated margins as well for refiners and forced the prices of their stocks way back down.

And it's important to note just how far down they've gone: 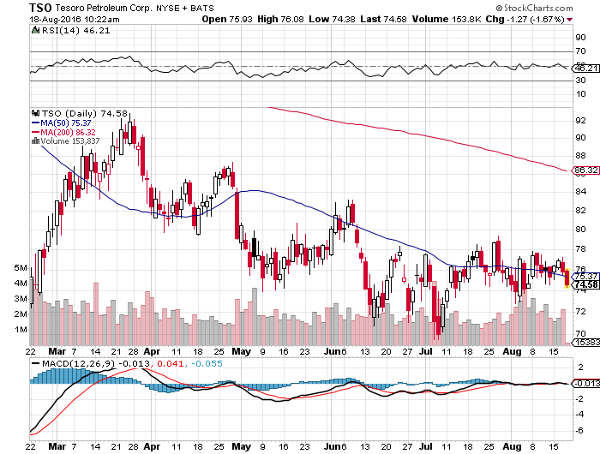 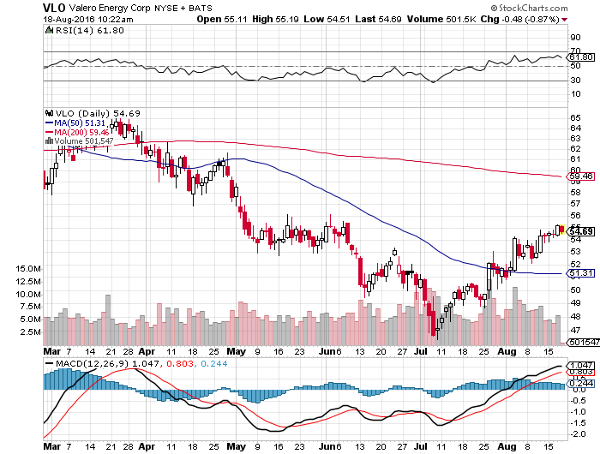 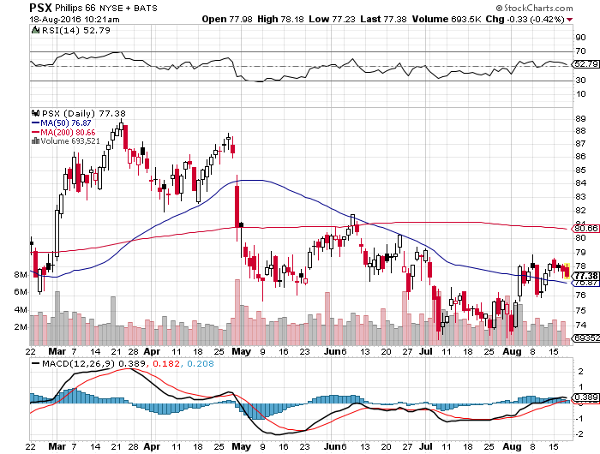 Refiners have underperformed the rest of energy for reasons I have named, and others yet to show themselves: There has not only been an increase in crude stockpiles based upon the lowered refinery utilization in the last several months, but a quicker conversion to winter blends this year than last, which yields an even lower margin than summer blending does.

With all these negatives, how can I be bullish on these stocks, even in the short term?

For one, margins can literally get no worse. All the regional crack spreads -- from Chicago, the West Coast, East Coast and the Gulf of Mexico -- are way below five-year averages.

And something even more fundamental is about to change.

Check out these charts from Scotia Howard Weil: Days of demand cover for refined products are starting to take a nosedive, just at the time of year when stockpiles normally would go up. Domestic refiners are finding export markets for excess gas and heating oil and adjusting to demand that has risen, but not as much as they expected.

And the International Energy Agency is wisely figuring out that refined-products demand in Europe and elsewhere is about to increase: Refiners' crude processing this coming quarter will increase by 600,000 barrels a day from a year earlier to a record 80.6 million a day. Further, the drop of 480,000 a day between April and June amid the glut of fuels is about to completely clear, according to the agency.

All of this points to a value play on refining stocks.

While oil companies seem to have gotten a bit ahead of oil's price and now won't respond to the rally, refiners have suffered and now represent a bit of a relative value. And as I wait for the E&Ps to correctly adjust to oil prices that I believe aren't ready to go above $50 in the next quarter, I'm looking for a bankable energy play in a depressed energy subsector.

Refiners now represent a good, dividend-producing way to "mark time" in an energy sector taking a break before its next leg higher.

Thanks if you've already submitted your email for the premium interactive energy webcast that I am planning to offer in the fall. More information will follow shortly. If you haven't yet sent me an email at dan.dicker@thestreet.com but would like to hear more about the service, I would welcome your interest.

Markets Exist Because People Disagree: I'll Be on the Other Side

The new 'inflation is peaking' narrative is based, really, on one factor in the government's price calculations.