We looked at Domino's Pizza (DPZ) at the beginning of the month, noting that "Most of our technical clues suggest that the decline in the price of DPZ that started in late June has further to go." Despite the bearish set-up, DPZ rallied back to retest the June zenith and could be making a double top pattern. A close above $296 will be a signal that DPZ is probably going higher and unfortunately mean that the July pullback was a buying opportunity.

The daily OBV line has so far failed to break out to new highs. Sometimes you get a breakout in the OBV line before prices break out but not this time, so far. In the lower panel we have lower momentum peaks from June to August which is a bearish divergence when compared to the price action.

In this weekly bar chart of DPZ, below, we have some indicators that that are not in gear on the upside.

Prices are above the 40-week moving average line but the weekly OBV line still shows its high in June and the weekly Moving Average Convergence Divergence (MACD) oscillator is flat and could turn lower or higher, depending on the price action ahead.

In this Point and Figure chart of DPZ, below, we can see an upside price target of $367 but the chart needs a double top breakout at $296. 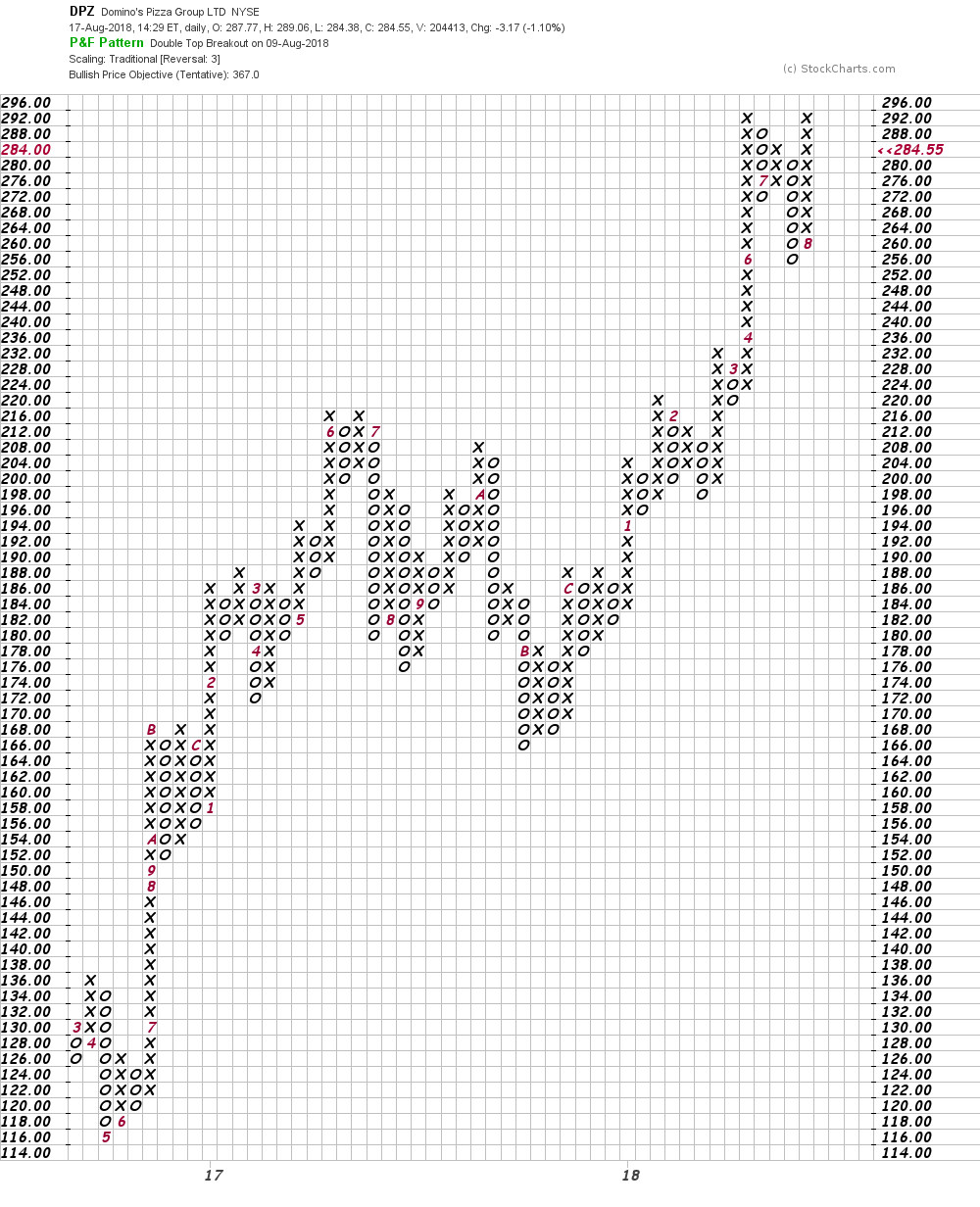 Bottom line strategy: The chart of DPZ will be "touch and go" for the near-term. The chart looks and feels like a double top but strength above $296 will tell me that the technical signals are wrong.

Get an email alert each time I write an article for Real Money. Click the "+Follow" next to my byline to this article.
TAGS: Investing | U.S. Equity | Consumer Staples | Mad Money | Stocks