Industrial-gases giant Praxair Inc. (PX) has weakened this month after hitting slight new highs in July. What does that portend?

I last looked at the stock in December, where I wrote that "I would look for PX to trade sideways between $156 and $145 or so for several weeks. Eventually I would anticipate that PX does start another uptrend, but I don't think it is going to happen right now."

Looking back at the past eight months, my idea of a trading range for PX wasn't that far off from what actually happened, except that prices traveled in a wider range than anticipated (and for longer than several weeks). The stock is trading at $154.71 as I write this.

Praxair's daily On-Balance-Volume line (OBV) has also been weakening this month, which suggests that sellers have been more aggressive. The daily Moving Average Convergence Divergence oscillator (MACD) is likewise in a bearish mode, falling below the zero line.

The weekly OBV line also shows some recent weakness, while the MACD oscillator has crossed to the downside for a "Take Profits/Sell" signal.

This Point and Figure chart for the stock projects a $140.55 downside price target: 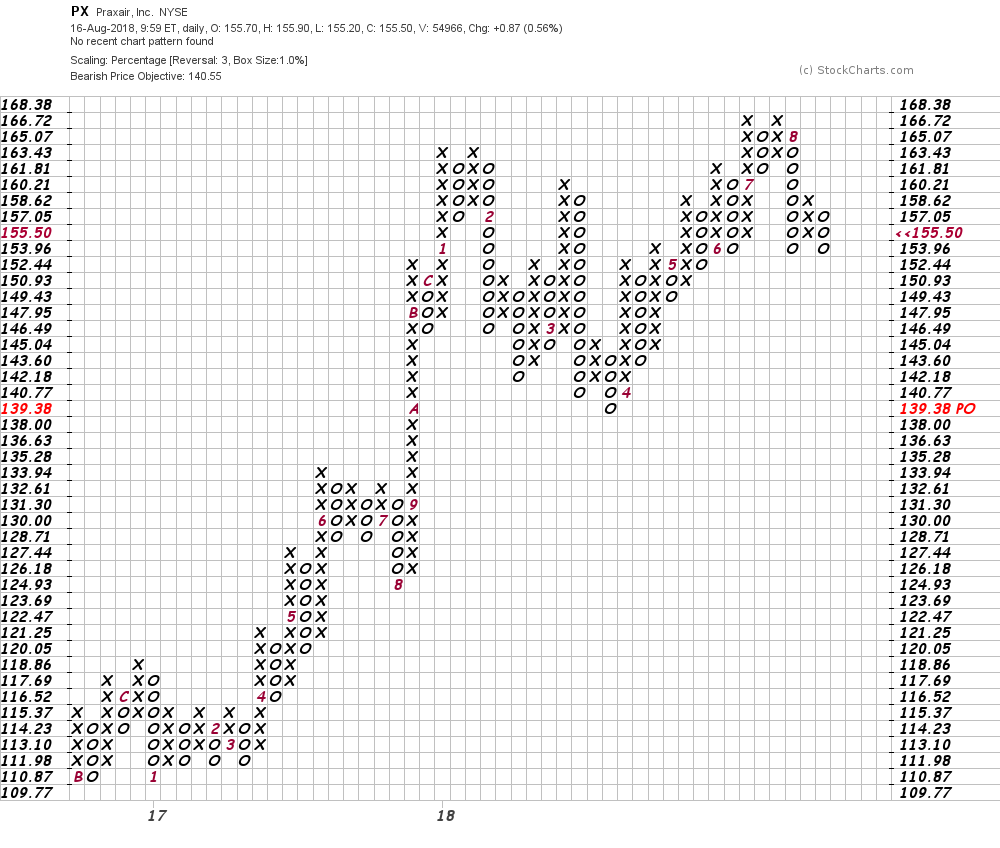 Get an email alert each time I write an article for Real Money. Click the "+Follow" next to my byline to this article.
TAGS: Investing | U.S. Equity | Basic Materials | Mad Money | Stocks