Southwest Airlines Co. (LUV) was reviewed at the end of July, and the charts were stronger but not ready for take off. I wrote that "The charts of LUV have improved a lot in the past four weeks but they do not yet suggest that the December/January highs can be broken in the near-term. LUV looks extended on a short-term basis so I would not rush in to be a buyer."

LUV corrected in early August but has recovered to a new high. Let's check the charts for an updated flight plan.

The daily On-Balance-Volume (OBV) line bottomed in June and has risen nicely, telling us that buyers of LUV have been more aggressive than the sellers.

The trend-following Moving Average Convergence Divergence (MACD) oscillator has been above the zero line (bullish) since early July. The oscillator has narrowed but has not crossed to the downside.

In this weekly bar chart of LUV, below, we can see an improved chart picture. Prices are above the rising 40-week moving average line. The weekly OBV has been strengthening the past five weeks or so.

The weekly MACD oscillator generated a cover shorts buy signal and is close to crossing the zero line for an outright go long signal.

In this Point and Figure chart of LUV, below, we can see that a trade at $60 will be a small double top breakout. An upside price target of $73. 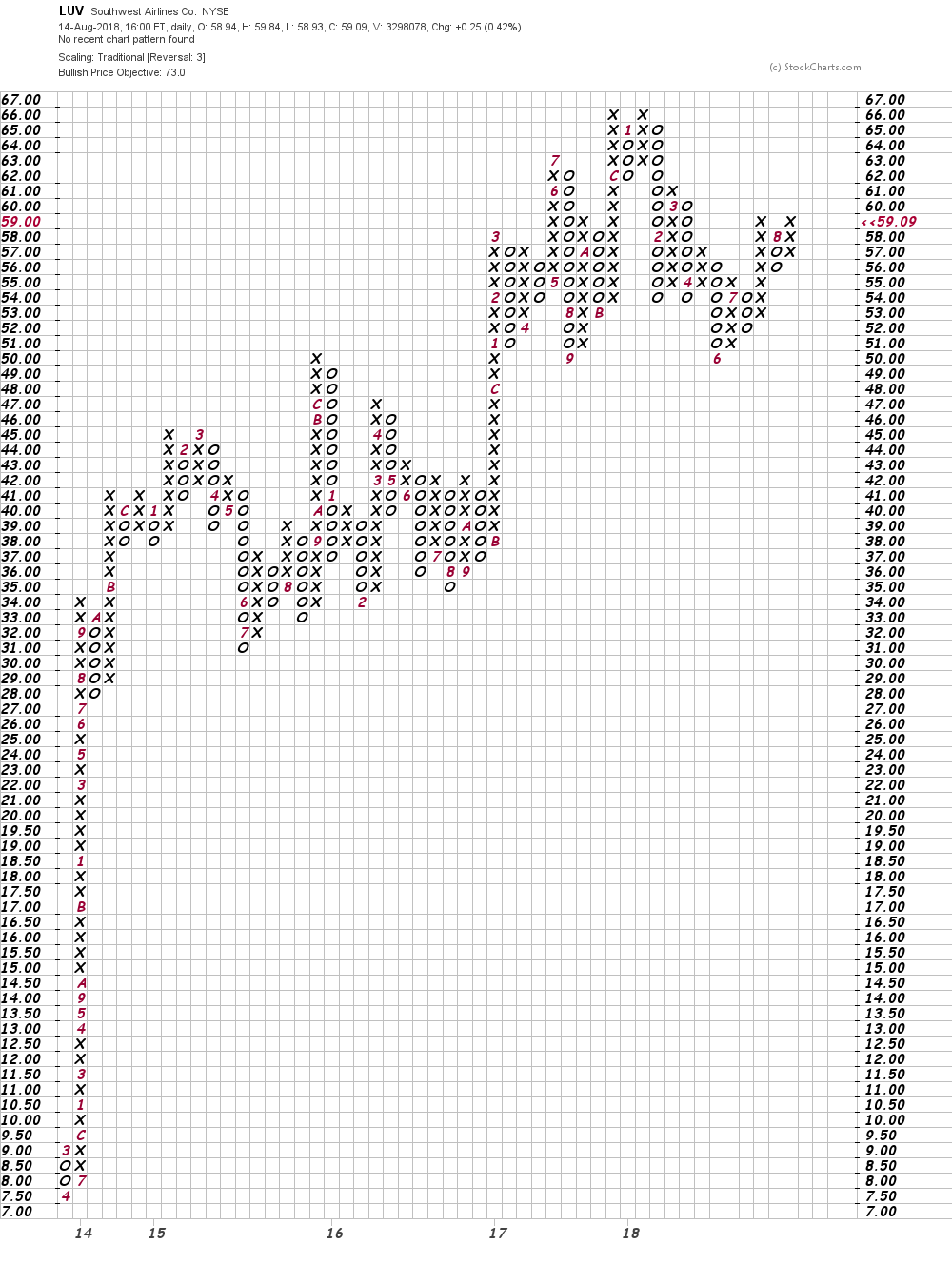 Bottom line strategy: Traders could go long LUV at current levels, on a shallow dip and above $60. Risk below $55 looking for a rally into the $68-$73 area.

Get an email alert each time I write an article for Real Money. Click the "+Follow" next to my byline to this article.
TAGS: Investing | U.S. Equity | Transportation | Futures | Mad Money

Go Full Steam Ahead on CSX

The rails, and other industrial-tied names are a little too cheap now.

Has the Classic Vroom of Harley-Davidson Returned to the Stock?

Let's check out the charts and indicators ahead of earnings.

The rail name looks like it could break out soon to new highs, according to the charts and indicators.