The iShares China Large-Cap ETF (FXI) has been in a decline from a spike high in late January. Prices broke below the cresting 200-day moving average line but market watchers have only recently become worried about the implications of potential economic weakness in China.

Let's check out the charts and indicators this afternoon.

In this daily bar chart of the FXI, below, we can see that prices for this ETF are below the declining 50-day moving average line and the 50-day crossed below the 200-day line in June for a bearish dead cross.

The On-Balance-Volume (OBV) line was bullish from last August to early June but has since been in a decline telling us that sellers have been more aggressive.

The trend-following Moving Average Convergence Divergence (MACD) oscillator has spent most of the time since February below the zero line.

In this weekly bar chart of the FXI, below, we can see that prices are below the declining 40-week moving average line.

The weekly OBV line made a peak back in January.

The MACD oscillator moved below the zero line in June for a sell signal.

In this Point and Figure chart of the FXI, below, we can see a downside price target of $37.42. 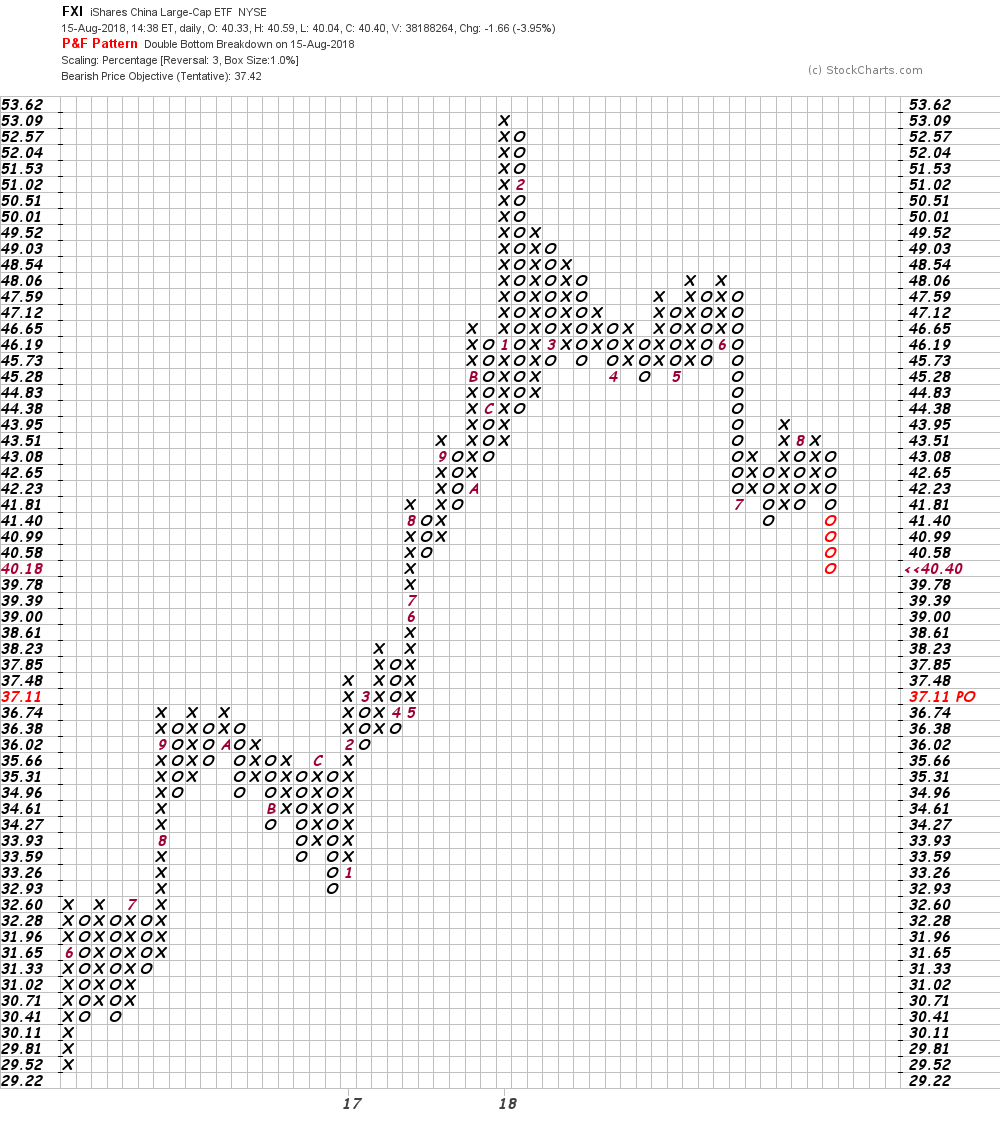 Bottom line: Maybe the Chinese government will pull some trick out of their hat but at this moment the charts are bearish and the FXI is likely to head lower.

Get an email alert each time I write an article for Real Money. Click the "+Follow" next to my byline to this article.
TAGS: Investing | Global Equity | ETFs | Funds | China | Markets | Stocks