Deutsche Bank (DB) is a pillar of the German economy, and by extension, Europe's economy. Last week, Deutsche Bank stock reached its lowest level in decades, and earlier this month, the bank's senior non-preferred bonds were downgraded by Moody's to one level above junk.

When Deutsche Bank reported earnings last week, the initial reaction was somewhat positive. The report showed that a decline in overall revenues had been halted, and profits at Deutsche Bank's investment banking unit had exceeded expectations. Those expectations had been lowered significantly prior to the report. Still, the earnings report provided there a glimmer of hope.

However, a deeper dig shows a 17% plunge in revenue at the bank's fixed income trading division. Income from the equities trading division fell by 6%. These are key areas for Deutsche Bank, and the company is coming up short.

It's hard to believe, but this stock is trading below its 2008/2009 low (point A). At that time, big banks were the epicenter of a global stock market meltdown and recession. Yet somehow, the stock is worth less today that it was then. A relentless downtrend has been in place since 2010, and can be viewed on Deutsche Bank's monthly chart (black diagonal line). 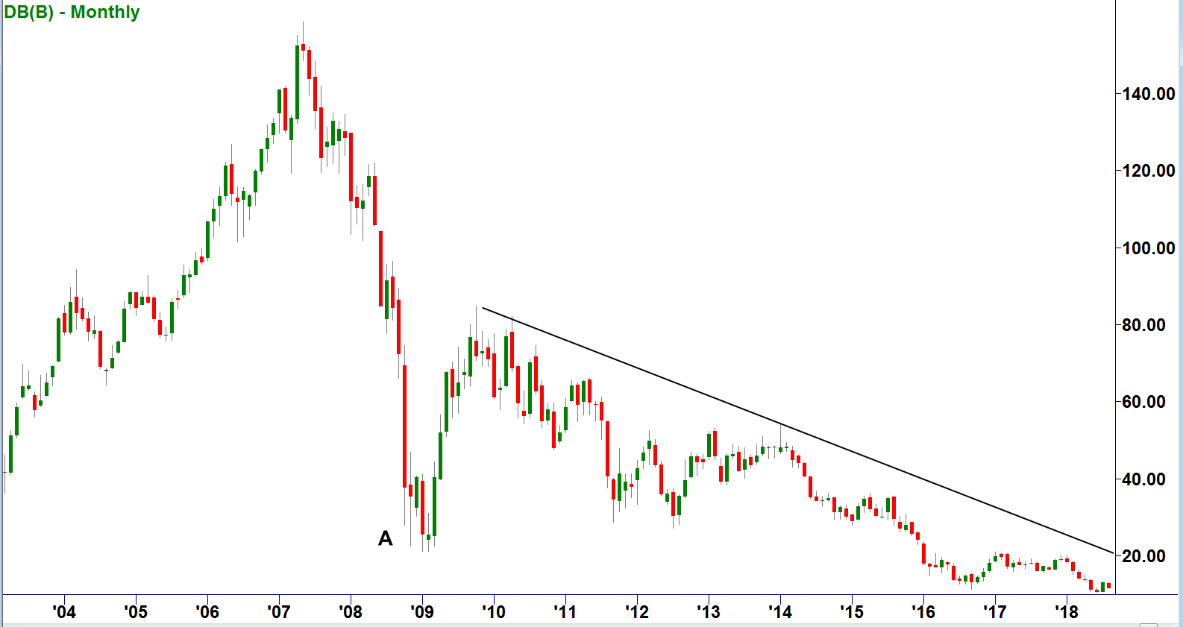 Perhaps it's not a coincidence that as Deutsche Bank reached historic lows, the euro also showed signs of weakness. Earlier today, the EURUSD currency pair traded beneath 1.14 for the first time in over a year.

The euro has broken down from a bearish descending triangle formation (blue dotted lines); that pattern projects the currency to the 1.12 area (point A). That level coincides with a previous area of congestion (shaded yellow) which should provide support near 1.12. 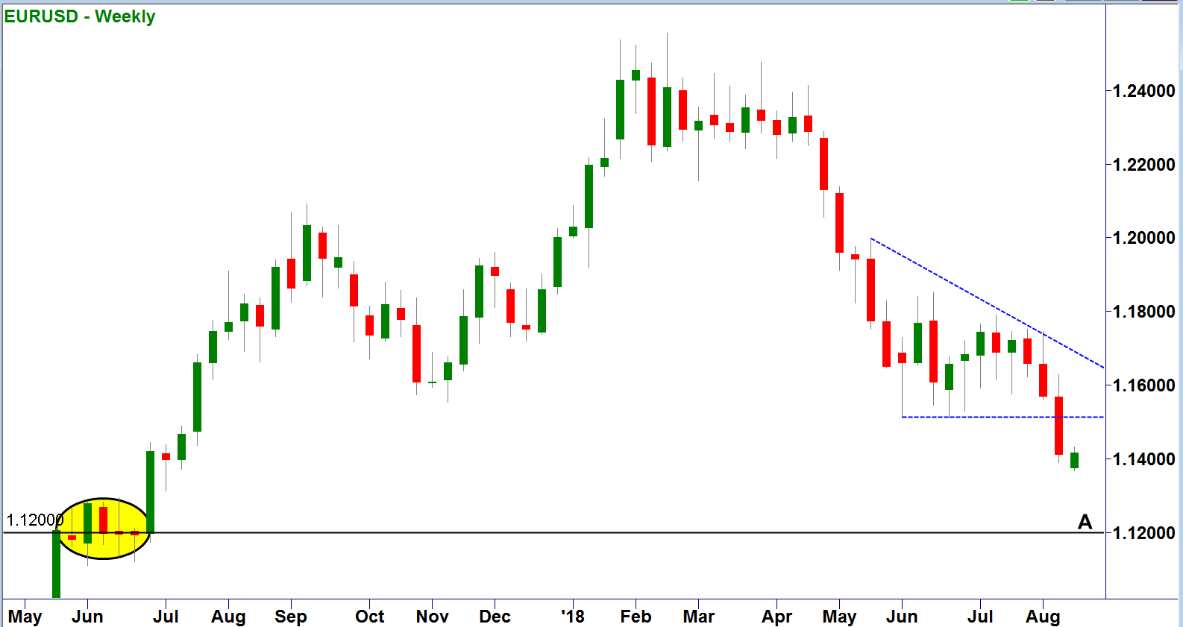 The company is in the process of shedding 7000 workers, and those that remain are being asked to keep a close eye on expenses. New CEO Christian Sewing has implemented a set of austerity measures, and employees report that both large and small perks are rapidly disappearing.

None of this is helped by the fact that European interest rates are at rock bottom. The European Central Bank's official minimum bid rate remains at 0.00%, where it has been for over two years. A ten-year German bund yields just 0.32%. Based on the ECB's recent comments, Deutsche Bank shouldn't expect an increase in interest rates in the near future.

Deutsche Bank is Germany's largest financial institution, and is four times larger than that country's second largest bank. It is the fourth-largest bank in Europe. That makes Deutsche Bank too big to fail. If necessary, it'll be bailed out.