The financial media seem to have been worried about Cheniere Energy (LNG) this morning. I wrote about LNG at the end of June and it has firmed despite a chance it could get caught up in the back and forth "trade war" with China. There was one news report that PetroChina (PTR) might temporarily halt purchases of U.S. LNG (the commodity and not the security) through the winter to avoid potential tariffs. Let's look at the charts and indicators again this morning to see if we are still on the right track.

In this updated daily bar chart of LNG, below, we can see that prices are poised to close above the slightly bearish 50-day moving average line. LNG is still above the rising 200-day line which has not be tested since early December. The daily On-Balance-Volume (OBV) line shows some modest weakness from early June and this is in line with the weaker prices for the stock from late June. The daily Moving Average Convergence Divergence (MACD) oscillator shows a cover shorts buy signal and is close to moving above the zero line for an outright go long signal.

In this weekly bar chart of LNG, below, we can see an uptrend from early 2016. Prices are above the rising 40-week moving average line. The weekly OBV line has been positive since early 2016 but it has tuned flat over the past three months. The weekly MACD oscillator crossed to the downside for a take profits sell signal.

In this Point and Figure chart of LNG, below, we can see an upside price target of $69.27 - new close to a new high. A trade at $70.15 would be a breakout and open the way to further gains. 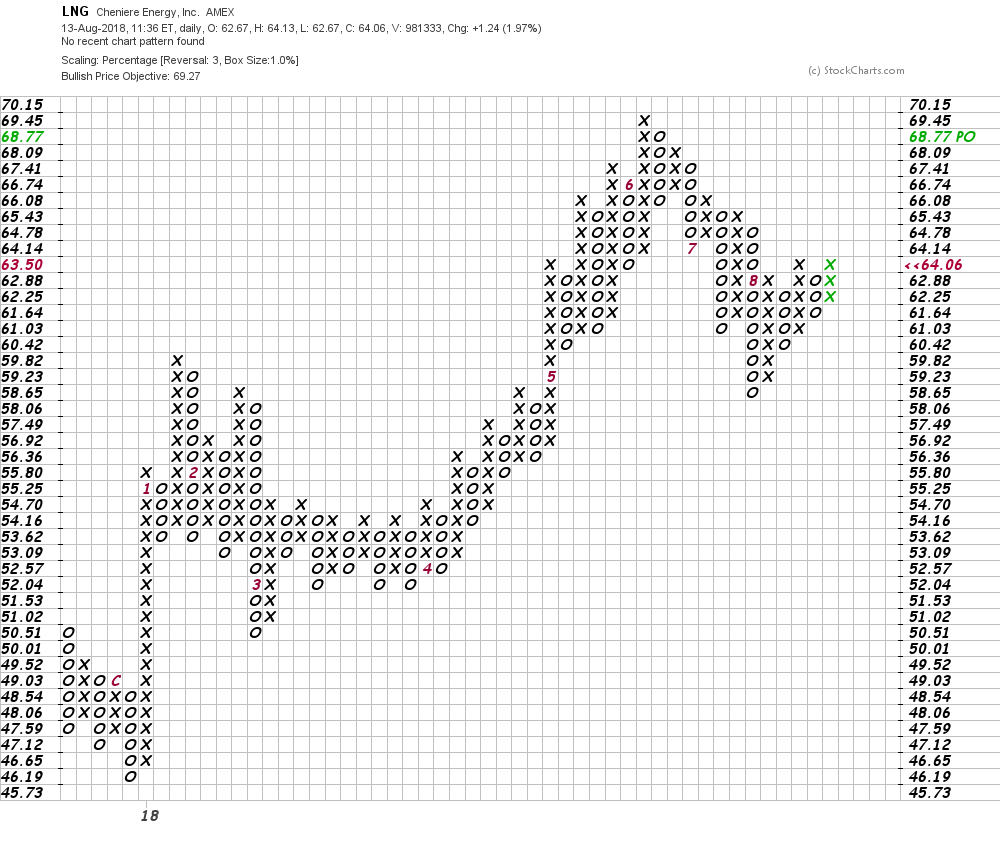 Bottom line strategy: LNG is still bullish looking on the charts and a breakout to new highs looks possible despite the background "noise".