Dropbox Inc.'s   (DBX) paid users grew to 11.9 million in the second quarter, up 400,000 from the prior quarter and 1 million from the prior year quarter. While the sustained upward trend is encouraging, the growth registered below analyst expectations, leaving some concerned about sustaining growth momentum.

Karl Keirstead, analyst at Deutsche Bank, flagged his concerns in a note on August 10.

His note begrudgingly proposed that the 400,000 user growth level would likely be the new normal. The rate represents a contrast from the growth experienced in 2015 and 2016, wherein Dropbox added 2.3 million paid accounts.

Further, when considered in the context of Dropbox's total user base, it becomes apparent why this level of growth might leave some analysts wanting. 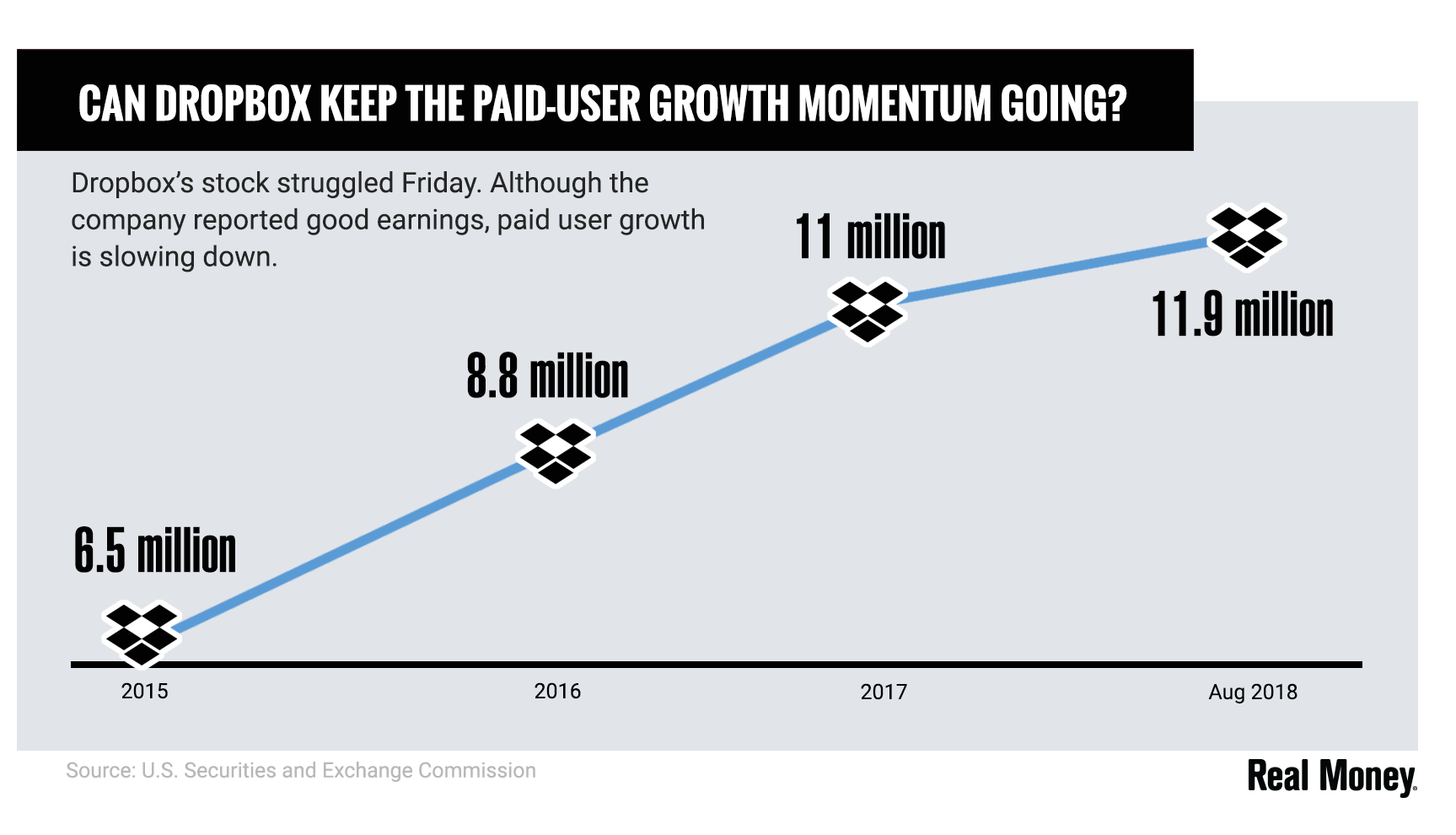 He said the company is relying on AI and machine learning "to match customers with the paid plans that make sense for them."

"Over 90% of our revenue comes from self-serve, we've managed to automate a lot of the activities that would otherwise be done by a sales team or a marketing team," he explained.

"We're not concerned about the pace of user growth and we see the trends around it and [average revenue per user] as sustainable," he said, explaining that he was happy to see steady growth in paid users.

He added that the growth rate remained in line with historical growth patterns and affirmed his overweight rating of the stock.

We continue to look for weaker prices heading into the year-end.

Nothing Can Justify Twitter's Current Valuation

Here's what's interesting about TWTR versus other tech stocks.

Keep an eye on comments shared about Q4 demand trends, movie licensing activity and the expected 2021 impact of production halts.