During a two-year stretch from 1997 to 1998, Pepsi's slogan was "Generation Next". Today, we learned that PepsiCo's (PEP) next CEO, only the sixth in the company's history, will take control of the company on October 1st.

This morning, PepsiCo announced that its CEO, Indra Nooyi, will be stepping down, effective October 3rd. Under Nooyi's guidance, the beverage giant saw sales increase by nearly 80%. PepsiCo's stock value also increased by 80% since Nooyi took the reins in October of 2006.

What does this move mean for Pepsi? While Nooyi is well-regarded on Wall Street, the market seems to believe that the company will be fine. The stock was up by nearly 1% in pre-market activity this morning despite a dip in S&P 500 futures, and gapped at the open to its highest level since February.

This confidence is inspired by Pepsi's deep bench, which brought us Nooyi and now new CEO Ramon Laguarta. Laguarta has been with Pepsi in various capacities for 22 years, most recently serving as president of the company.

Pepsi is part of the consumer staples sector, which consists of stocks that deal with life's necessities like food, toothpaste, and diapers. This sector, represented below by the S&P Select Consumer Staples SPDR (XLP) , has been on fire in recent weeks, and is currently trading at its highest levels since March. 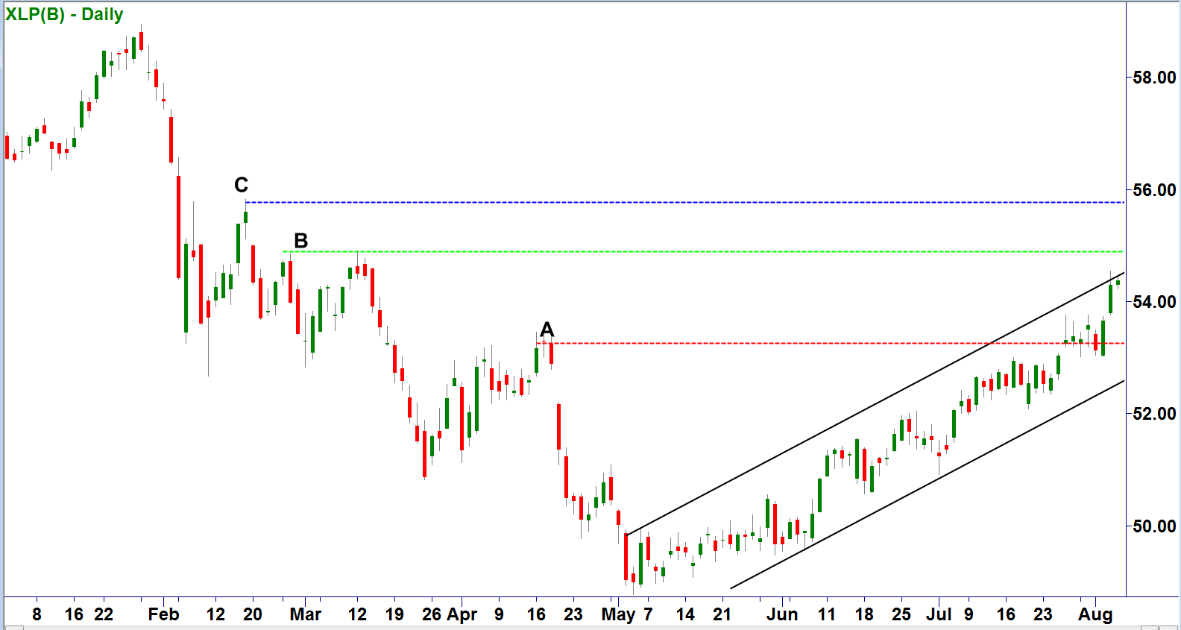 PepsiCo's chart has a similar look, but only has one remaining major resistance level. That would be $121.76 (black line), the stock's all-time closing high. Note the gap from this morning. 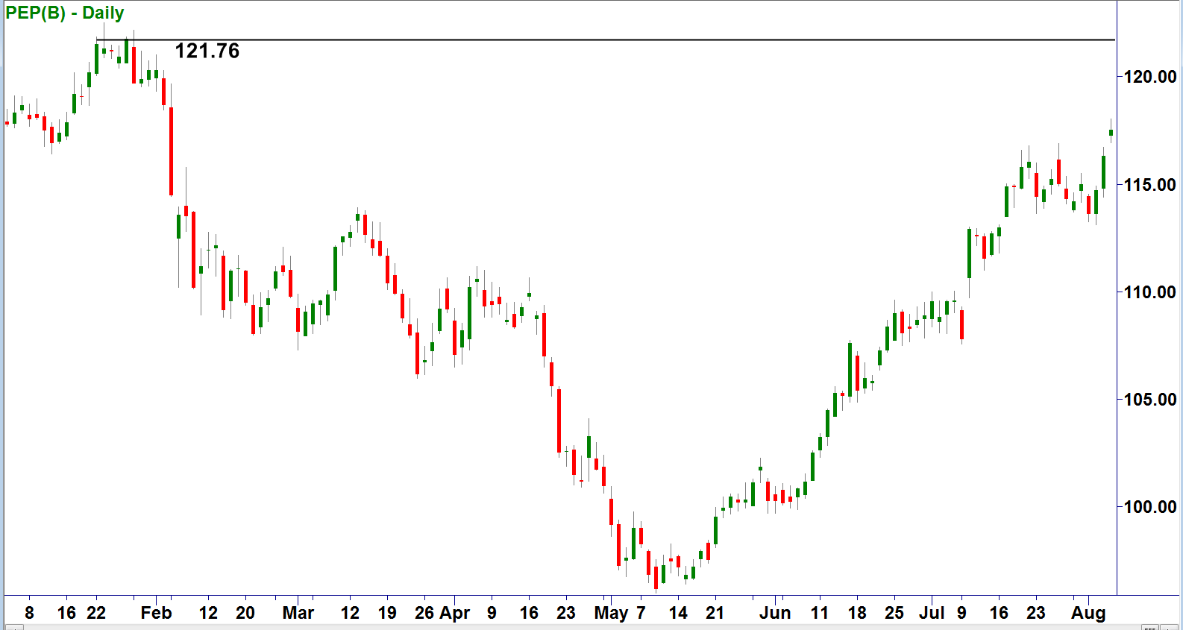 Why all the love for consumer staples stocks? For a clue, look at the chart of Netflix (NFLX) . After a tremendous run, Netflix has broken down from a bearish double top formation (semicircles) and has drifted lower since its latest earnings announcement. 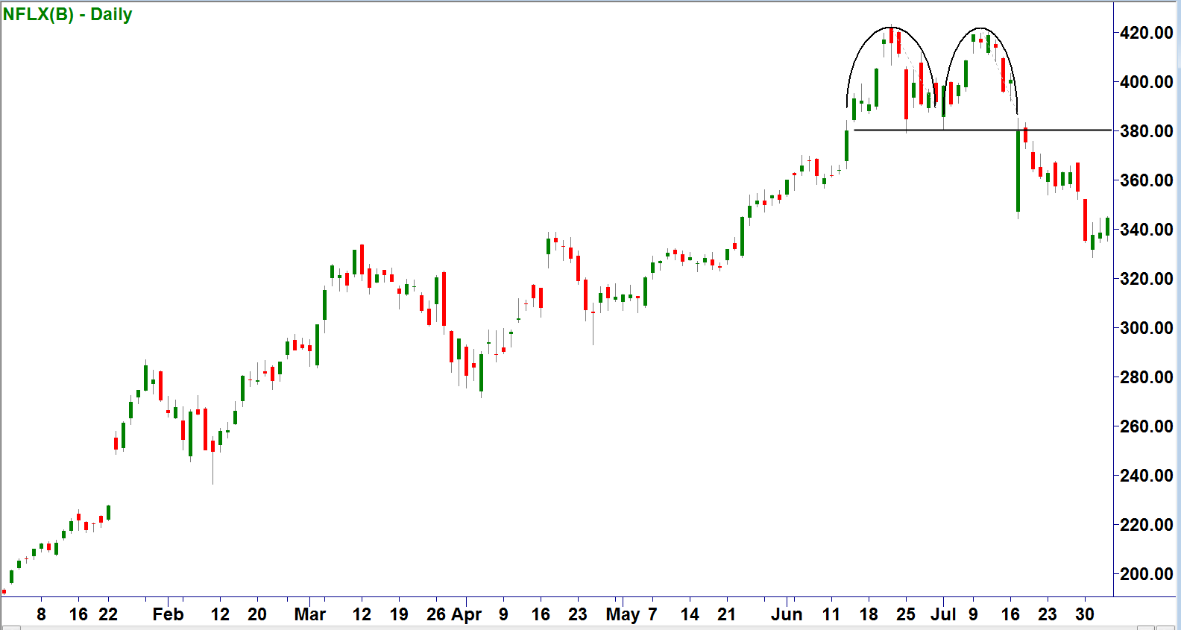 Netflix is underperforming a strong broader market, and it's not alone. Alphabet (GOOGL) is also off of its highs after an incredible run. To some degree, these names are victims of their own success. Netflix was up by 55% last year, and despite its recent pullback, has gained nearly 79% year-to-date. Alphabet is up by over 16% this year, on top of a 33% gain last year.

It seems that some institutions are booking their outsized gains in Netflix, Alphabet, and other names, and rolling those funds into areas that they perceive as undervalued. One area would be consumer staples stocks, like PepsiCo. This type of sector rotation is normal and healthy in a bull market.

(Ed Ponsi is a regular contributor to Real Money Pro. Click here to learn about this dynamic market information service for active traders and to receive Doug Kass's Daily Diary and columns from Paul Price, Bret Jensen and others.)

(PepsiCo and Alphabet are holdings in Jim Cramer's Action Alerts PLUS member club. Want to be alerted before Jim Cramer buys or sells PEP or GOOGL? Learn more now.)

Get an email alert each time I write an article for Real Money. Click the "+Follow" next to my byline to this article.
TAGS: Investing | U.S. Equity | Consumer Staples | Technology | ETFs | Funds | Entertainment | Stocks