Biotech continues to enjoy a solid year so far in 2017. Sentiment has improved markedly on this high-beta part of the market after 18 months of substantial under-performance to the overall market. This sector has seen returns in the mid-teens this year, even if it is still down some 20% from its previous peak in the early summer of 2015.

The thing that has been interesting about the strength of the rise, especially lately, is that it has been accomplished with a complete dearth of acquisitions across the sector. Usually it is an uptick in merger-and-acquisition (M&A) activity that gets the animal spirits going in this part of the market. That has not been the case during this climb, which is one reason I think this rally can last quite a while longer. A bull market in the sector almost never ends until you see a large rise in new purchases, most with large buyout premiums. 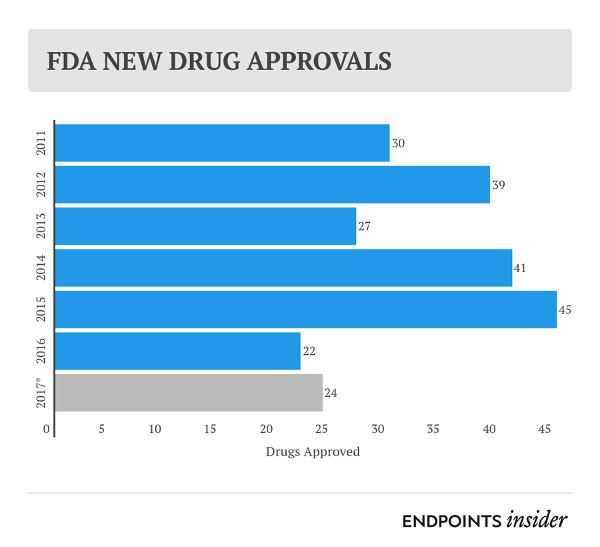 One thing helping sentiment toward the sector is more business-friendly leadership at the Food and Drug Administration, which I described last week. This governmental agency already has approved more new drugs in 2017 than in all 2016. The FDA also seems very committed to streamlining the drug development and approval process, which should lead to faster time to market and less development costs as well. Obviously, this change is more than welcomed by the industry.

As biotech comes back into focus for investors due to recent gains, I have a couple observations on the sector. The main biotech indices are more than 5% above previous upward resistance levels that firmly had held since very late in 2015 until being broke through in June. In light of the recent consolidation of those gains where those resistance levels never were really challenged, I think what has been a ceiling is now a floor for the sector outside a major market correction.

That said, while I think biotech can grind higher, I believe we won't see the next real leg in this rally until the M&A space heats up again. I don't see that happening until the fourth quarter, unfortunately. This is when the drug and biotech giants sitting on hundreds of billions of cash should know what or what is not likely to pass in the way of a tax reform package. That clarity includes whether there will be a "tax holiday" that would allow them to repatriate some of the funds from their overseas operations.

Until then, I believe any gains in the sector will be incremental. Obviously, individual names will continue to move on company-specific news such as trial results and analyst upgrades. I also think after over two years of consistently declining, the worst is over for biotech stalwart Gilead Sciences Inc. (GILD) . The shares seemed to have bottomed in the mid $60s and recently passed above technical milestones to trade near $73 a share.

While hepatitis C sales continue to decline, Gilead remains the dominant market share leader in that space. Furthermore, sales from its HIV franchise and other products are rising in the low to mid-teens. They should constitute some two-thirds of overall revenue by year-end. Sometime in 2018, sales from this part of the company's product portfolio should overcome the dropoff in Hep C revenue and the company should return to sales growth. At under eight times earnings, providing a dividend of about 3% and with free cash yield in the mid-teens, I think patience in Gilead will be rewarded in the year ahead.

Get an email alert each time I write an article for Real Money. Click the "+Follow" next to my byline to this article.
TAGS: Investing | U.S. Equity | Regulation | Markets | Healthcare | How-to | Mergers and Acquisitions | Stocks