I reviewed the charts of 3M Co. (MMM) one month ago, noting that "MMM is likely to get dragged lower today as traders sell first and ask questions later. There is minor support around $195 or the late May low. A close below this low could precipitate further declines. A better buying opportunity could present itself in the weeks ahead."

Looking at 3M again this afternoon I can see some improvement in the charts and indicators as the $195 support area has held. Let's look closer.

In this updated daily bar chart of MMM, below, we can see that MMM has made three attempts to move lower - two in May and then again at the end of June and early July - and all of these pushes lower were rejected.

The daily On-Balance-Volume (OBV) line made its low in early May and has shown us some uneven improvement. Still, a rising OBV line suggests to us that buyers are now being more aggressive.

The trend-following Moving Average Convergence Divergence (MACD) oscillator gave a cover shorts buy signal in early May and early July, and is very close to moving above the zero line for an outright go long signal.

In this weekly bar chart of MMM, below, there is some improvement. Prices are still below the declining 40-week moving average line but the weekly OBV has strengthened and the weekly MACD oscillator is close to a cover shorts crossover.

In this Point and Figure chart of MMM, below, we can see a downside price target for MMM but we can also note that a rally to $207.51 will be an upside breakout. 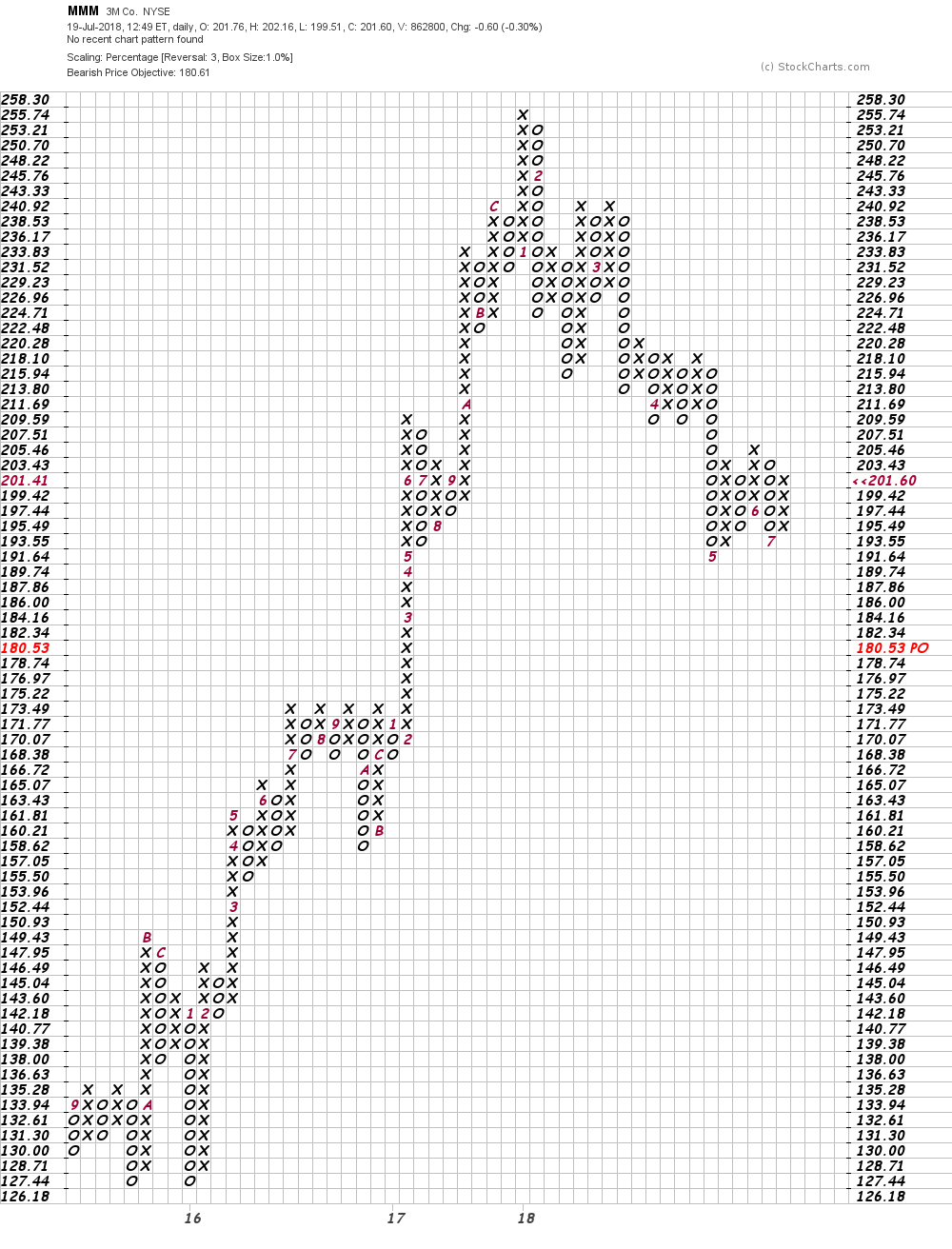 Bottom line: Aggressive traders could consider going long MMM on a close above $207.51 - our Point and Figure breakout point. Risk below $195 or a new low while looking for gains initially back to the $220-$225 area.

(3M is a holding in Jim Cramer's Action Alerts PLUS member club. Want to be alerted before Jim Cramer buys or sells MMM? Learn more now.)