Satchel Paige may have been one of the greatest pitchers of all-time, but he also left us with a great deal of wisdom with his "Satchel's Rules for the Good Life."  Last year around this time, I proposed that each of Satchel's six rules could be applied to value investing. The sixth and last of these rules, "Don't ever look back. Somethin' might be gainin," is one I often think of in terms of reviewing past investment decisions. 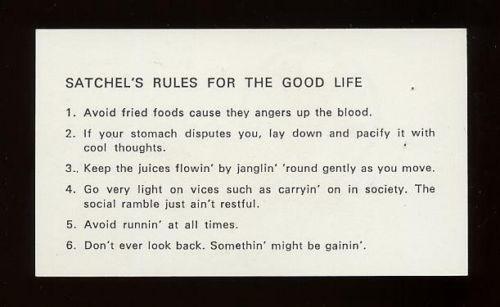 While I try not to focus on past decisions, including the mistakes, I do try and learn from them. I also will review sell decisions in order to determine whether my thinking at the time of sale was rational, a knee-jerk reaction, or just plain wrong. Back in January, I closed or reduced three positions, and now have the not-so-great benefit of hindsight to apply to those decisions.

I closed a three-year position in voice over IP (VOIP) name Vonage (VG) , which was a very strange yet very profitable position. This was not a classic deep-value play, but a name that seemed at the time to be undervalued, underappreciated and underfollowed. In addition, I'd started using Vonage's VOIP business solution and was impressed enough to take a look at the company.

Since saying goodbye to VG in late January in the $11 range, the shares have added another 20%. Vonage has come a long way and has gotten more notice than when it was languishing in the $3 range, and it has become profitable. It currently trades at about 35x next year's consensus estimates. I have no regrets, though. I am typically early to the party and early to leave. That comes with the territory in value investing, and often means leaving some on the table, as in this case.

I exited Valhi Inc. (VHI) after a quicker-than-expected four-month, 150% run-up into the $6 range. The chemicals and real estate name continued to move higher, approaching $9 in April. It has been downhill ever since, with shares now in the $5 range.

That's quite a wild ride, and while at times I've thought about re-establishing a position in Valhi, I now am looking more closely at one of its subsidiaries, NL Industries (NL) . I'm really not sure if I learned anything regarding the very short four-month ownership of Valhi, other than that I'd attribute the gain to luck rather than skill. It seemed cheap to me in the $2.40 range when I bought it, but as is typical, I thought it would take quite a while for any value to be realized.

Finally, I reduced the position in Hibbett Sports Inc. (HIBB) , after shares more than doubled between mid-August and late January. Hibbett, a member of my 2018 Double Net Value Portfolio, was one of the casualties of last summer's retail Armageddon. Since January, shares ran all the way up to $29 and since have settled back in the $24 range. Hibbett currently trades for 12x next year's consensus estimates and just under 2x net current asset value. The company ended its latest quarter with $6.10 per share in cash and no debt. I have no regrets about selling two-thirds of my position -- easy for me to say since it currently trades for slightly less than where I exited.

All three of these positions worked well, so it's easy at this point to look back on the sell decisions. I try and never regret profitable trades no matter what happens after that sell decision is made. That is not easy to do when your investment philosophy typically has you out early.

I think old Satch was probably right about not looking back, but that is easier said than done.

Get an email alert each time I write an article for Real Money. Click the "+Follow" next to my byline to this article.
TAGS: Investing | U.S. Equity | Basic Materials | Technology | Real Estate | Consumer Discretionary | How-to | Risk Management