Bank of America (BAC) made headlines Monday morning when the company reported better-than-expected earnings and revenue for its second quarter. The stock is up more than 2% on the news, on a day when the banking sector is outperforming the broader market.

What does Bank of America need to do to keep this rally going? Let's go to the chart to find out.

Technically, Bank of America has formed a bullish wedge (diagonal lines). This pattern is marked by lower highs (LH) and lower lows (LL), but is considered bullish because the two trend lines are converging. All that is needed is for the stock to break above the descending trend line (dotted line) in order to break out of the pattern. If Bank of America can close above the $29.50 area, expect buying pressure to increase. 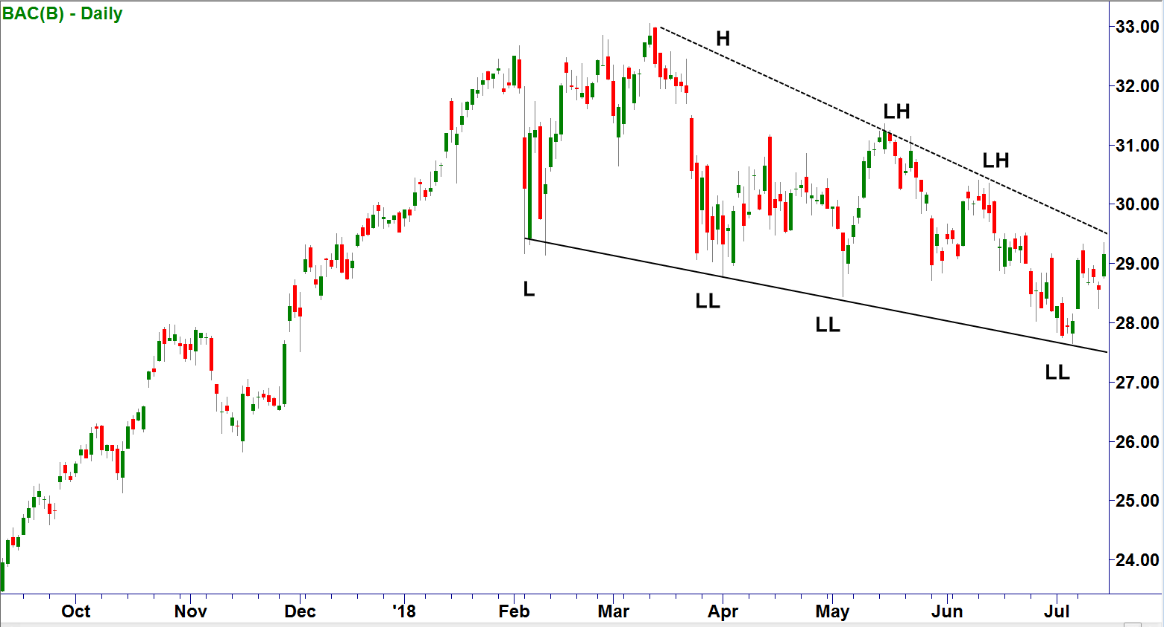 Another financial stock that is having a solid day Deutsche Bank (DB) . The German banking behemoth was up 8% Monday morning after reporting strong preliminary results for its second quarter.

Was this a great quarter for Deutsche Bank? In my opinion, the bar has been set so low for this stock that, to use a baseball analogy, a seeing-eye single now looks like a line-drive triple. One good quarter does not equal a turnaround.

That said, according to its chart, Deutsche Bank should move higher from here. Over the past six weeks, the stock formed an inverted head-and-shoulders pattern (L-H-R). Using a measuring technique, this bullish pattern projects Deutsche Bank to the $12.80 area. Interestingly, this is also the stock's next area of resistance. 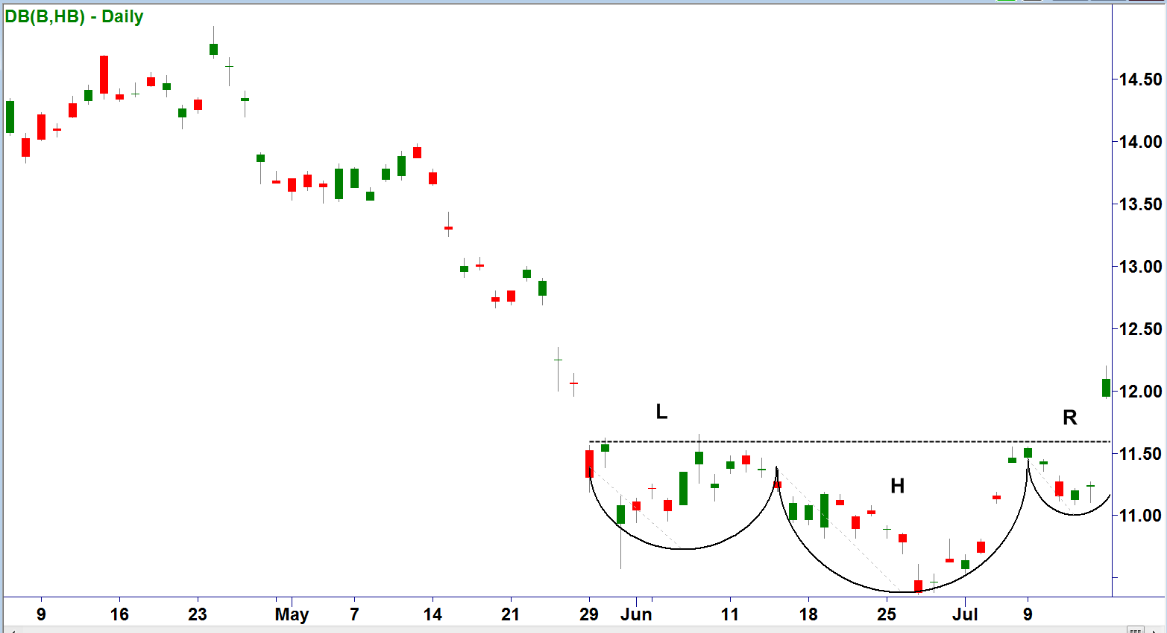 Today's powerful breakout places the stock close to its two-month high. In early trading, the stock had already eclipsed its average daily volume of 5.2 million shares.

Right now, the entire banking sector has to deal with a flat yield curve, which is hampering profits. Banks borrow at the low end of the curve and sell at the high end, but if rates at both ends of the spectrum are relatively similar, profit margins shrink.

If Bank of America can break above its trend line despite these challenges, I'll be a buyer. I'm still a bit skeptical on Deutsche Bank.

Get an email alert each time I write an article for Real Money. Click the "+Follow" next to my byline to this article.
TAGS: Investing | U.S. Equity | Financial Services | Earnings | Markets