To say it has been a profound two weeks for Nintendo (NTDOY) is an understatement.

Shares in the Japanese company are up more than 70% since the release of Pokemon Go. Watching what has become a cultural phenomenon unfold has been fascinating.

First there were the early adopters, the real young folks such as one of the interns who came on a video shoot with me on Wednesday. To her, Pokemon Go was the best thing since sliced bread (at least that was my read). As the young folks were walking around aimlessly tapping on imaginary crap on a phone they don't pay for each month, the millennials -- such as yours truly -- began to become interested in the craze. From what I can tell, said millennials have taken to social media to profess their love for the hottest new mobile game since the Kardashian game. On the way home, I heard a bunch of old people on the radio discussing the game, saying they just downloaded it and can't wait to play with their grandkids. Kudos to those old people for even knowing how to downloaded stuff from the app store.

Then on Thursday, I got an email early in the morning that Nintendo is releasing a mini version of its original 1980s icon, the NES. But this isn't any ordinary NES. Instead, it's packed with 30 pre-loaded classics such as Tecmo Bowl and easily can connect to an HD TV. As soon as I posted a photo of the system on Twitter, my feed absolutely blew up; I am still getting replies of excitement from people over 30 years old who plan to spend $59.99 later this year to relive their gaming glory. 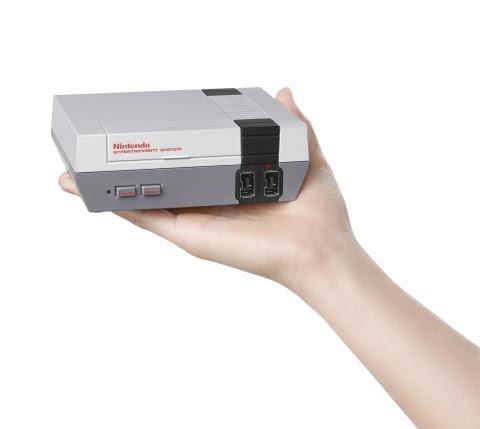 As I said, profound times for Nintendo, which had been left for dead by Wall Street as its Wii system had fallen out of favor and there was a lack of hit games. Now with the popularity of Pokemon Go, and likely some big mobile games waiting in the wings and a new console for 2017, the stock may be on the verge of gaining at least another 50%. Interestingly, alongside all of the craziness over Nintendo, shares of video game publishers such as Electronic Arts (EA) , Activision Blizzard (ATVI) and Take-Two Interactive (TTWO) have continued to climb; in the case of ATVI and Take-Two, they have zoomed to fresh 52-week highs. I think the market may be too exuberant on the stocks right now, forgetting two important factors.

First, sales of video games for consoles have been weak this year, and that is unlikely to change during the typically slow summer months. In addition, Nintendo's momentum at the moment could pull sales, either on consoles or mobile, away from competing game publishers. After all, Nintendo manufactures its own games, and the publishers won't benefit from the company's apparent revival until the new console is launched, likely in 2017.

I think the name to avoid is Take-Two Interactive, which I have been pretty keen on this year due to its focus on expanse management and continued strength of the Grand Theft Auto franchise. Looking out to the back half of the year, Take-Two's launch slate is not that eye-popping and its releases could easily get lost in the mix amid bigger intros from EA and ATVI as well as interest in all things from Nintendo.

View Chart »  View in New Window »
Game over for run in game publisher stocks? Could be, thanks to Nintendo.
Source: Yahoo Finance

Get an email alert each time I write an article for Real Money. Click the "+Follow" next to my byline to this article.
TAGS: Investing | U.S. Equity | Consumer Discretionary | Stocks | Gaming |