Membership warehouse stores have proven to be excellent business models. Nobody executes that concept better than Costco Wholesale (COST) and its Latin American counterpart PriceSmart (PSMT) .

PriceSmart is quite successful, but lesser known, due to operating strictly outside the US.

It wisely stayed away from Venezuela. 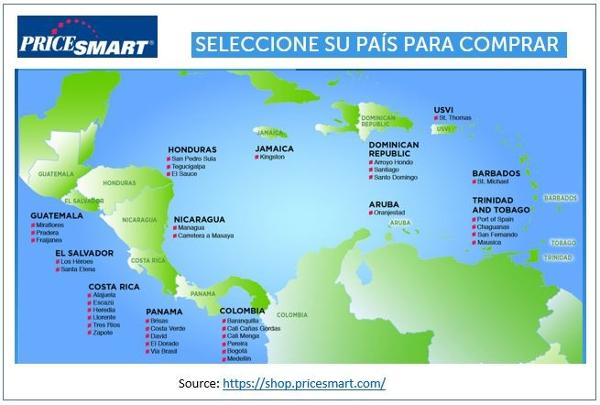 Members see value due to consistently low prices. Investors that stuck with that same principle did well with PSMT and COST shares. However, traders who chased momentum, and overpaid for the stocks, often had to sit through long periods of stagnation.

Later peaks in 2015, and earlier this year were also expensively valued, accompanied by sub-par dividend levels. It's no surprise then that PSMT did badly from those high points.

All the stock's best buying opportunities (green-starred) sprang from lower than typical multiples. 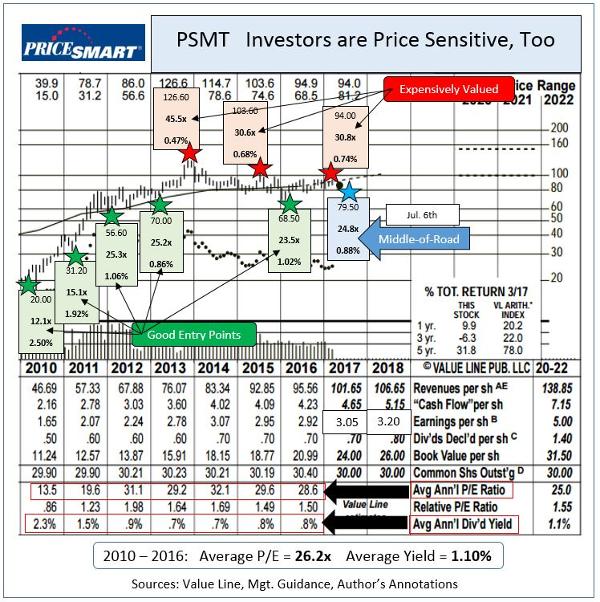 After falling dramatically last week, PSMT offered investors better odds than it had since February of 2016. It is not spectacularly cheap, but looks playable for a bounce.

American-based Costco also came down substantially from its recent peak. COST touched north of $183 before falling back to the low $150s. Few companies are as well regarded.

Despite the pullback, Costco shares are not yet cheap.

Its average P/E over the previous nine years ran just 23.4x versus this week's 26.7x. Costco's three "should have sold" moments (red-starred below) each occurred at above-normal multiples.

Buyers near 2008's peak had to wait around three years to start making money. Overenthusiastic momentum chasers in 2016 and 2017 are still underwater today.

Costco's good results and predictability merit a premium valuation. There were, however, plenty of chances (green-starred) to get involved with the shares at much more favorable valuations than today's. 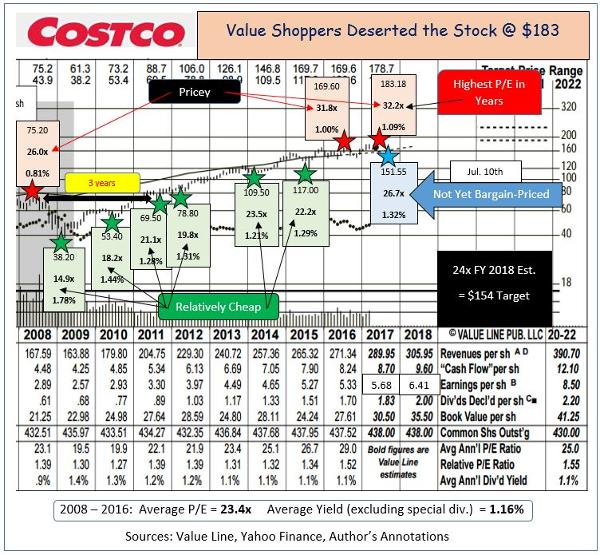 The historical price action of PSMT and COST are perfect examples of why you need to pay attention to valuation, rather than simply identifying good companies.

Growth companies like these will eventually see their stocks move higher. Nobody, though, wants to suffer through years of down or even sideways action because they "paid too much'.

Many other blue-chip names look quite extended. Keep that in mind when making your buy-sell-or hold decisions these days.

Get an email alert each time I write an article for Real Money. Click the "+Follow" next to my byline to this article.
TAGS: Investing | U.S. Equity | Consumer Staples | Consumer Discretionary | Consumer | How-to | Stocks