Groupon Inc. (GRPN) gapped higher Monday morning but it is already giving up a large portion of its opening gains. Prices apparently have been bid up on a report from Recode on Saturday that company biggies were trying to sell the company.

It is still very early in the trading day but prices have so far failed at the underside of the cresting 200-day moving average line and they could even close below the declining 50-day average line. This kind of weak intraday price action does not do much to embolden buyers looking for a quick deal at a higher price.

Let's dig deeper to see what the short-term and longer-term prospects look like on the charts.

In the updated daily bar chart of GRPN, below, we can see that dips below $4.25 have been bought the past five months. The daily On-Balance-Volume (OBV) line has been rising since March telling us that buyers of GRPN have been more aggressive with heavier volume being traded on days when the stock has closed higher.

The trend-following Moving Average Convergence Divergence (MACD) oscillator has only spent a little time above the zero line since March.

In the weekly bar chart of GRPN, below, we don't have Monday's price action but that is not as important as the overall pattern of trading for the past three years. Prices have been in a $3.00 to $6.00 trading range since early 2016.

Since the last test of $6 in late 2017 GRPN has traded sideways to lower with a weak OBV line, a cresting 40-week average and the MACD oscillator below the zero line. No strong hints here that buyers were anticipating a deal for the company. 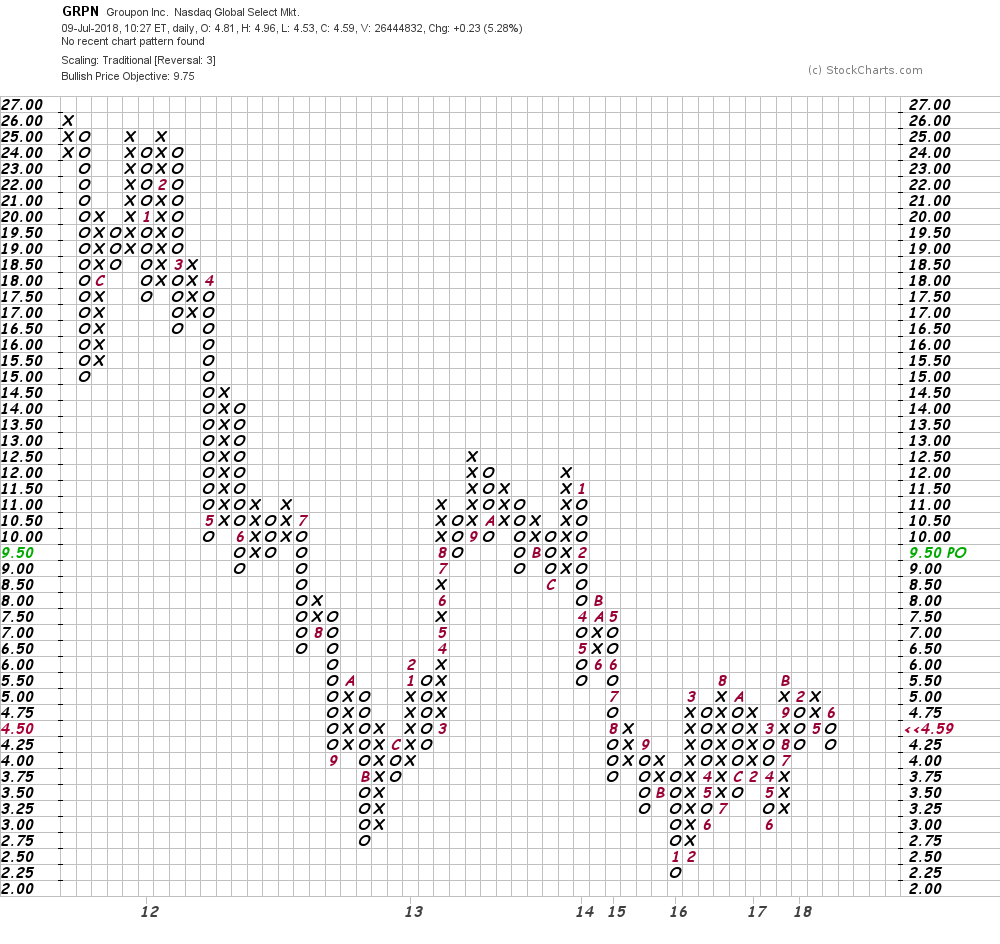 Bottom line: The question for me is not whether someone will step in a buy the company but whether absent a deal do the charts look attractive enough to buy? I have to answer no. I do not see enough buying and positive signals to recommend GRPN.

Is BABA at a Bottom?

The decline in Alibaba Group appears to be over, and the long-term uptrend should get going again.

AMD's Risk/Reward Looks Better Than It Has in a While

AMD still looks poised to gain more CPU share in 2021 and 2022. And its gaming GPU business might be competitively stronger in 2022 than markets currently expect.

Jim Cramer: Unless You're Willing to Take a Beating, It's Time to Reposition

The reprieve is here. Do not miss it.