Momo Inc. ADR (MOMO) is a mobile social networking platform in China and some call it "the Tinder of China."

MOMO made a strong advance from early December. Prices raced from near $22 in December to $54 last month. Prices gapped higher in late May as it started its latest push higher but prices have quickly retraced those gains.

The pullback does not look like it might be over so let's check out the charts and indicators for some direction.

In this daily bar chart of MOMO, below, we can that prices have been testing the rising 50-day moving average line in recent sessions.

In this weekly bar chart of MOMO, below, we can see the impressive rise over the past three years as the base around $10 resulted in an upside surge. Volume was very light back in 2015 and most of 2016. Since 2017 the volume has surged telling you that this name has attracted a big following.

The weekly OBV line shows a peak in May of 2017 followed by several months of liquidation. The OBV line moves up from November 2017 but it doesn't come close to the May high.

The weekly MACD oscillator is narrowing towards a take profits sell signal on this longer time frame.

In this Point and Figure chart of MOMO, below, we can see that prices reached a downside price target but a decline to $41.40 would be a new low for the move down. Better support looks to be in the upper $30's. 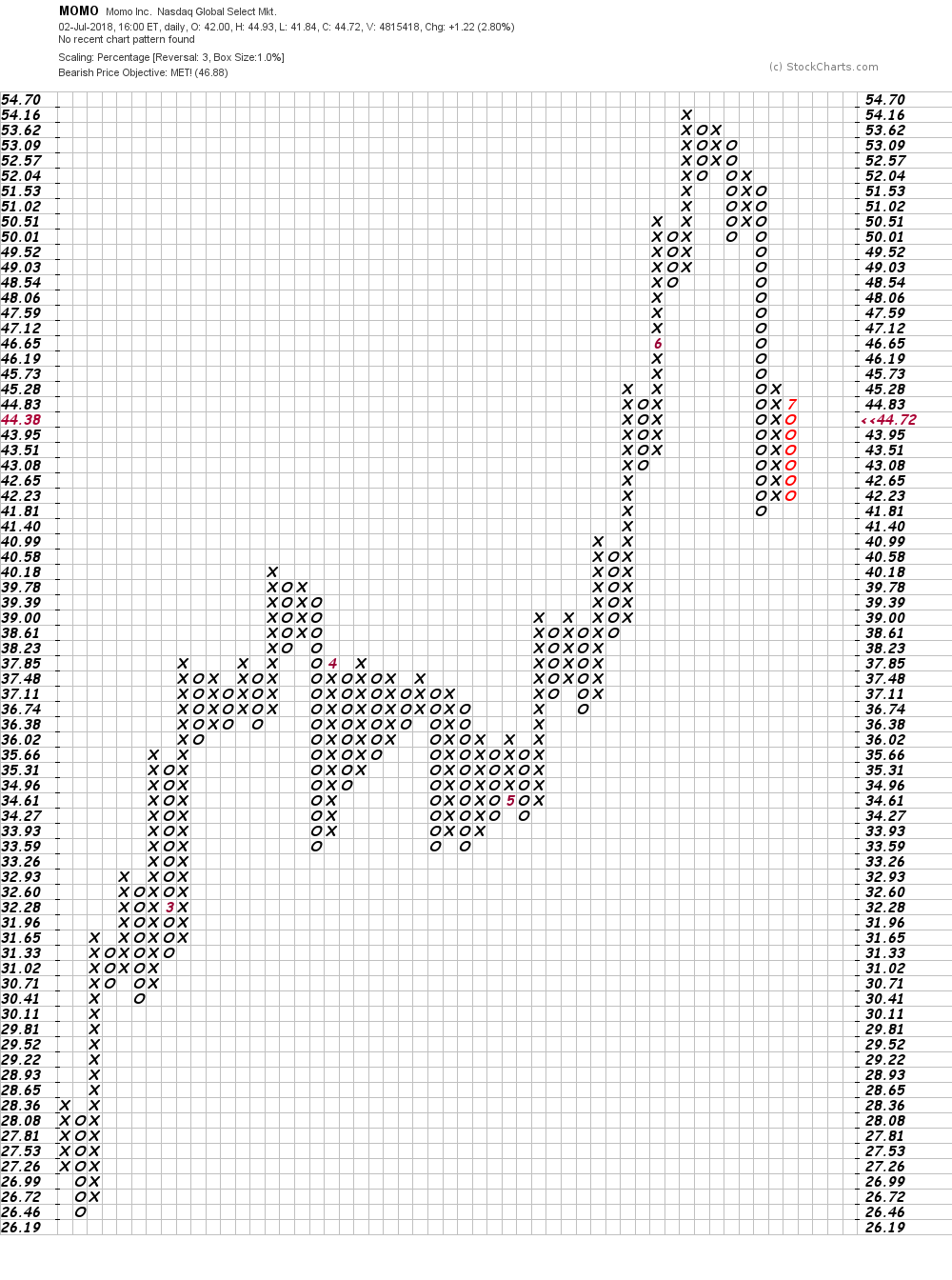 Bottom line: Early investors in MOMO have made out fabulously if they booked their profits back on strength in 2017. The May/June rally from $46 to $54 may have been a blow-off and further declines look likely. Traders and investors should avoid the long side.

Get an email alert each time I write an article for Real Money. Click the "+Follow" next to my byline to this article.
TAGS: Investing | U.S. Equity | Technology | Telecom Services | China | Markets | Stocks