Tesla, Inc. (TSLA) is trading lower today in what looks like a classic "sell the news" move. We looked at TSLA in late June, where I wrote that, "TSLA has rallied $120 the past three months and looks extended. Near-term a period of sideways price action is anticipated before TSLA tries to break above $390 -- the highs of 2017."

TSLA opened sharply higher this Monday but it quickly reversed direction and fell below the lows of the prior three sessions. Technically oriented traders take notice of this kind of bearish reversal.

In this daily candlestick chart of TSLA, below, we can see a large red candle. There is a small upper shadow to mark the high of the day but the really bearish aspect of the chart is how far down prices have dropped from the higher opening.

People who may have bought on the news that Tesla had finally met one of their production goals are now saddled with a loss. This kind of big up to big down reversal can mark the start of a new trend. We don't know the closing figures but it looks like volume is likely to be heavy.

The daily On-Balance-Volume (OBV) looks like it will make a double top and the Moving Average Convergence Divergence (MACD) oscillator will continue with its take profits sell signal.

In this updated Point and Figure chart of TSLA, below, we can see a downside price target of $320.34. 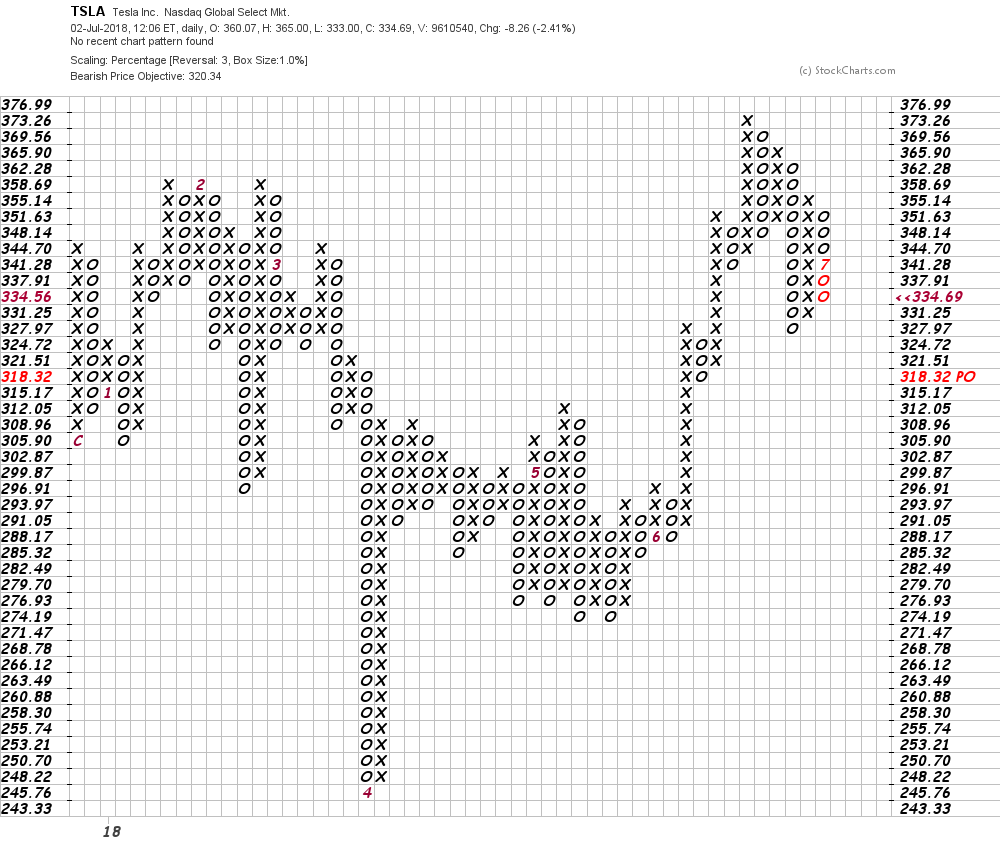 Bottom line: TSLA is in the process of making a reversal to the downside. Some spillover or carryover selling is anticipated but we will need to see more price action to determine how important this reversal could become.