Occidental Petroleum Corp. (OXY) broke out of a long-term base pattern back in early May and now it looks ready to move still higher. Let's check the charts and indicators for some parameters.

In this updated daily bar chart of OXY, below, we can see that prices made a deep correction from late January to the end of March. The correction in May and June has been much more sideways. If you learned anything about the Elliott Wave Principal you would say this was an example of alternation - the same thing does not happen twice in a row.

The upside price gap in early May was a major breakout which is seen better on the weekly chart (second chart, below). Prices are positioned above the rising 50-day moving average line and the rising 200-day line.

The On-Balance-Volume (OBV) line shows a rise from March with continued strength in May and June telling us that buyers of OXY have been more aggressive and this is likely foreshadowing new price highs.

In this weekly bar chart of OXY, below, we went back five years to show the size of the base pattern. Here you can imagine the "neckline" drawn along the $78 area. Prices are above the rising 40-week moving average line.

Notice how long and strong the rise in the weekly OBV line has been. It has clearly broken out to a new high.

The weekly MACD oscillator has been bullish for several months.

In this Point and Figure chart of OXY, below, we can see an upside price target in the $109 area. A decline below $80.63 would be a short-term negative. 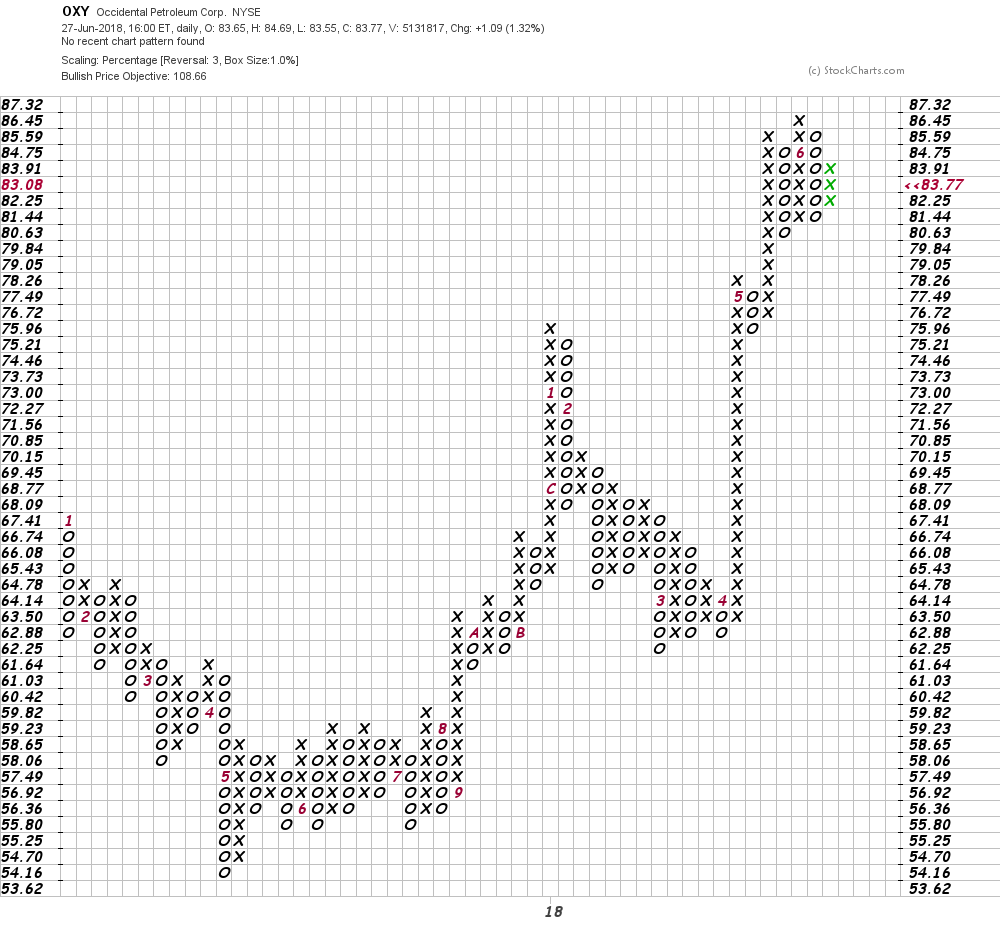 Bottom line: If you are long OXY and want to add to positions I would go long above $87 risking to $80. Looking to start a long position in OXY? I would buy some around current levels and the balance above $87. $110 is my intermediate-term price target.