Sirius XM Holdings Inc. (SIRI) has been in a rally mode since early January, breaking out of a seven-month consolidation pattern. All three of our charts look bullish so let's see if we can come up with a strategy to participate on the upside.

In the daily bar chart of SIRI, below, we can see that prices are above the rising 50-day and the bullish 200-day moving average lines. There is a sideways trend until late January when prices break out on the upside. The volume of trading is heavier in January and February and the On-Balance-Volume (OBV) line starts moving higher signaling more aggressive buying.

In this weekly bar chart of SIRI, below, we can see that prices are above the rising 40-week moving average line. The weekly OBV line has been rising the past three years telling us that buyers of SIRI have been more aggressive for a long time. The weekly MACD oscillator is bullish and rising.

In this Point and Figure chart of SIRI, below, we can see the price action going back to 2001. An $8.25 price target is indicated and a trade at $9.50 will be a major upside breakout and would open the way for a more bullish price target. 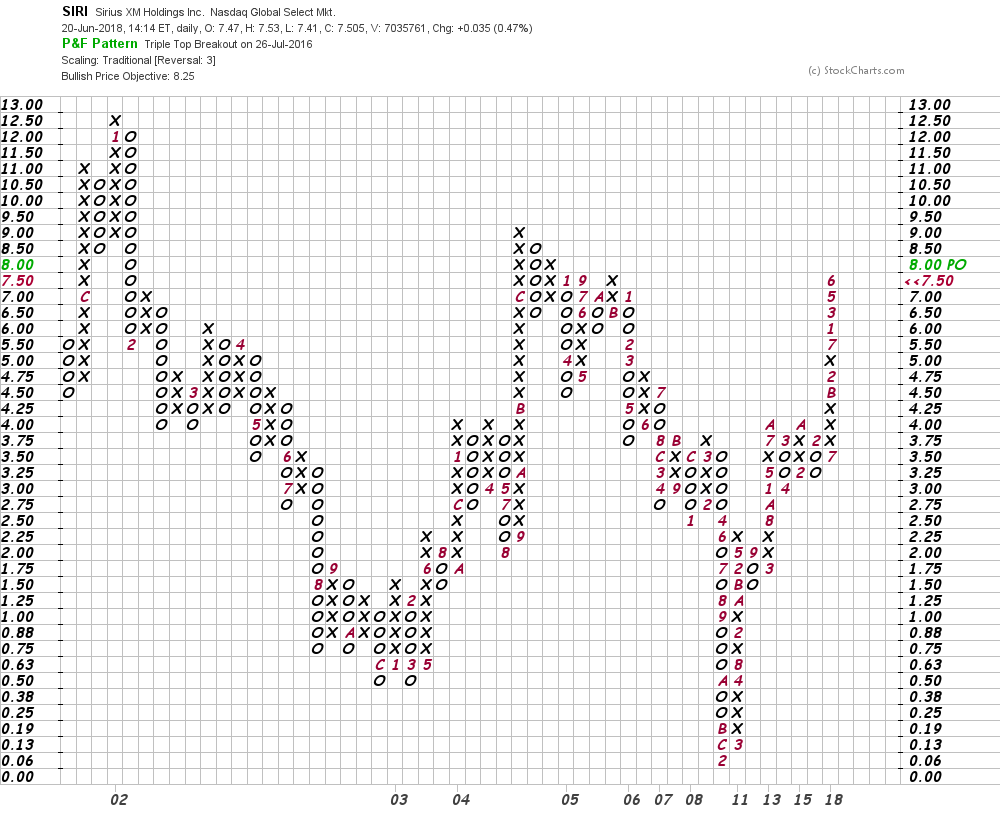 Bottom line: SIRI has rallied nicely so far this calendar year. Prices have made little corrections along the way so prices are really not extended. Traders could go long at current levels. Use a reasonable sell stop while positioned awaiting gains to $8.25, $9.50 and then $10.

(For more on SIRI, see Who Are the Trade War Victims?: Jim Cramer's 'Mad Money' Recap)