Danaher Corp. (DHR) has been trying to break out to a new high since January but every upside attempt so far has failed. Will gloomy bears soon wrest control of the charts and indicators of DHR? Let's look closer at the charts this afternoon.

In this daily bar chart of DHR, below, we can see a large triangle-like trading pattern from January. Prices have been making higher lows since February and equal highs since late January.

The daily On-Balance-Volume (OBV) line has been neutral since early March and shows a balance between buyers and sellers.

The Moving Average Convergence Divergence (MACD) oscillator has been compressed but mostly above the zero line. It will probably not take much of a price decline in DHR to move the MACD oscillator under the zero line.

In this weekly bar chart of DHR, below, we have mixed signals. Prices are above the rising 40-week moving average line.

The weekly OBV line has been neutral since early 2017 and has diverged from the price action since last August.

In this Point and Figure chart of DHR, below, we can see an upside price target of $110 but a decline below $98.39 could tip the scales in the favor of the bears. 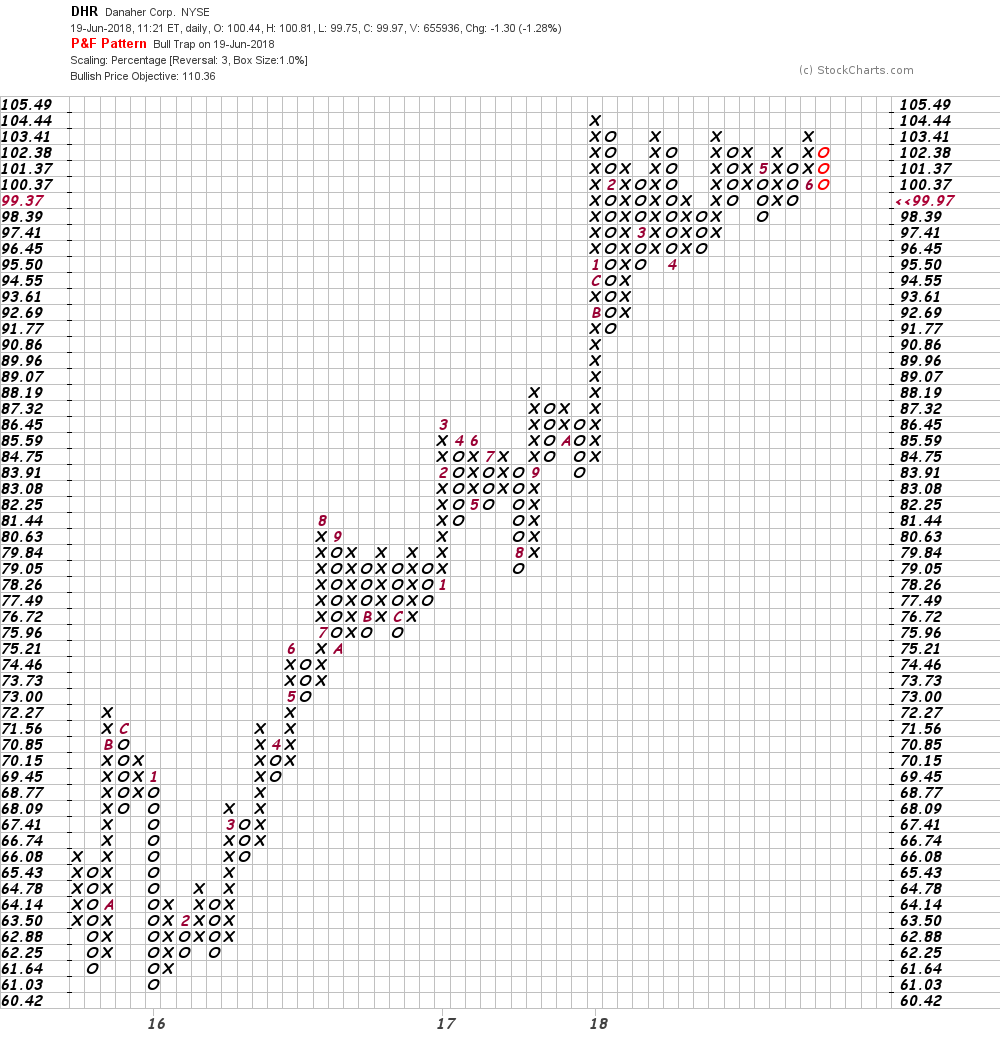 Bottom line: The daily bar chart of DHR shows that prices are close to reaching the apex of the pattern. Prices could move to the apex or morph into some other pattern or break out very soon. If the broad market weakness hits DHR we could see prices break below $98 and weaken further.

(Danaher is a holding in Jim Cramer's Action Alerts PLUS member club. Want to be alerted before Jim Cramer buys or sells DHR? Learn more now.)

Get an email alert each time I write an article for Real Money. Click the "+Follow" next to my byline to this article.
TAGS: Investing | U.S. Equity | Industrials | Futures | Mad Money