3M (MMM) was the third company mentioned last night on MadMoney for inclusion in a theoretical ETF suggested by our own Jim Cramer called GLUM to track a "GLOOM Index" of investors. This new theoretical ETF included a number of members of the Dow Jones Industrial Average (DJIA) and MMM was another one. Let's look at the charts and indicators of MMM to see if investors are bullish or bearish.

In this daily bar chart of MMM, below, we can see that the price of MMM shares have not fared well since late January. MMM made a sharp decline into early February breaking the flat 50-day moving average line. The slower-to-react 200-day moving average line was broken near the end of March and we can see a bearish dead cross of the 50-day and 200-day average lines at the end of April. The volume pattern is bearish some of the time as volume has increased on some of the declines the past four months. The daily On-Balance-Volume (OBV) line has been in a uneven sideways pattern from November to the end of April. Since the end of April the OBV line has moved lower signaling more aggressive selling. The Moving Average Convergence Divergence (MACD) oscillator turned up in early May giving us a cover shorts buy signal but the oscillator looks like it will fail at the zero line.

In this weekly bar chart of MMM, below, we can see that prices have broken below the 40-week moving average line and the slope of the line is slowly turning lower. The weekly OBV line is diverging from the down trend. The weekly MACD oscillator has begun to narrow towards a possible "cover shorts" buy signal but that will depend on the price action over the next few weeks.

In this Point and Figure chart of MMM, below, we can see an upside price target of $227 but a decline to $193.55 could weaken the chart. 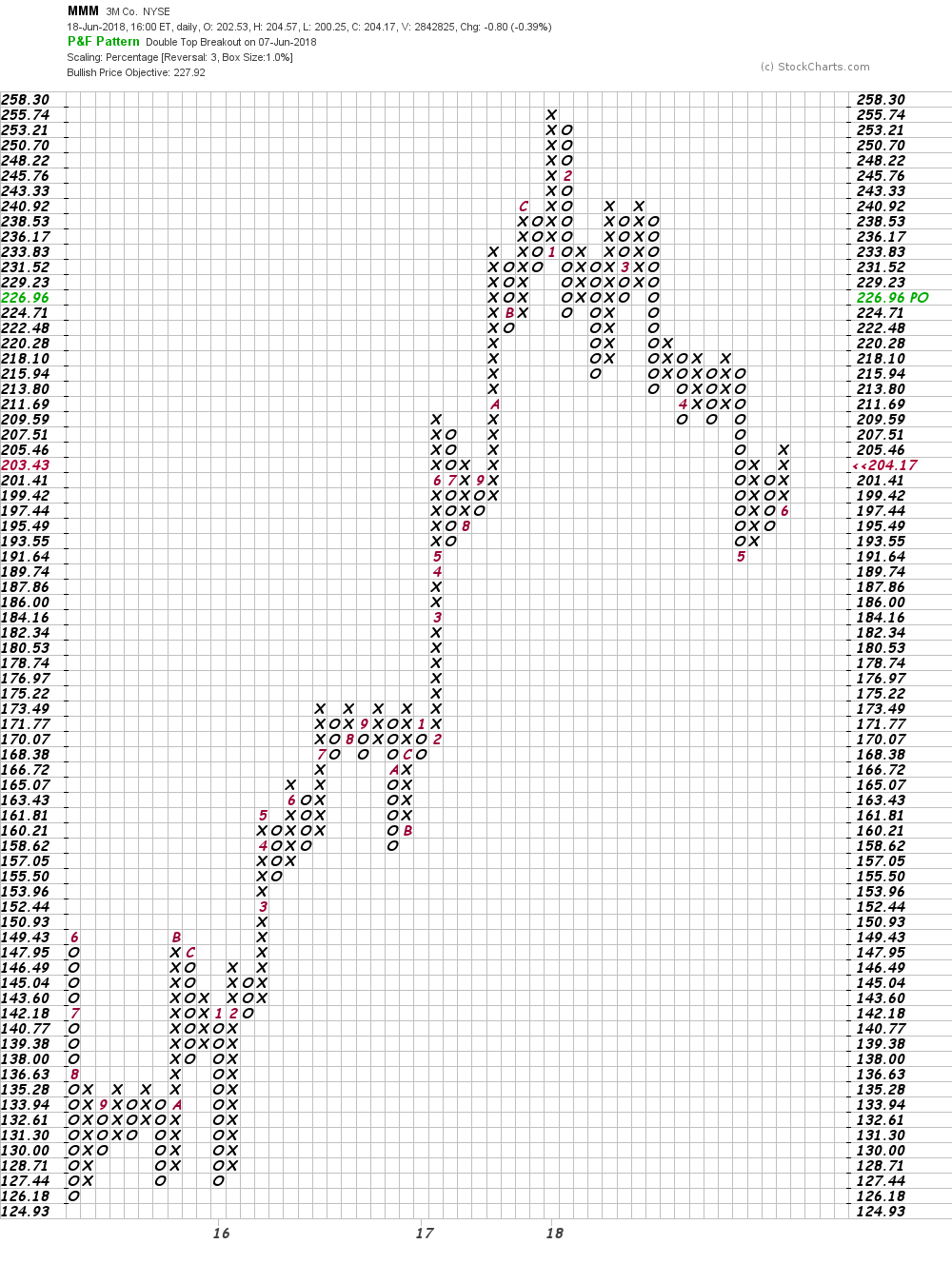 Bottom line: MMM is likely to get dragged lower today as traders sell first and as questions later. There is minor support around $195 or the late May low. A close below this low could precipitate further declines. A better buying opportunity could present itself in the weeks ahead.

Get an email alert each time I write an article for Real Money. Click the "+Follow" next to my byline to this article.
TAGS: Investing | U.S. Equity | Basic Materials | Mad Money | Stocks