One of the most common mistakes that traders make is underestimating the power of momentum. Strong stocks tend to go much higher than we tend to think is reasonable. We figure this stock has gone up almost 300% in a month, so it is reasonable for it to pull back and rest. Rather than chase it we should just wait for a better entry.

I've discussed three such super momentum stocks quite a bit recently. The one thing they all have in common is that they are recent China-based IPOs. IQIYI (IQ) is often referred to as the Netflix (NFLX) of China. Both HUYA (HUYA) and Bilibili (BILI) are involved in online gaming.

All three charts are remarkably similar. 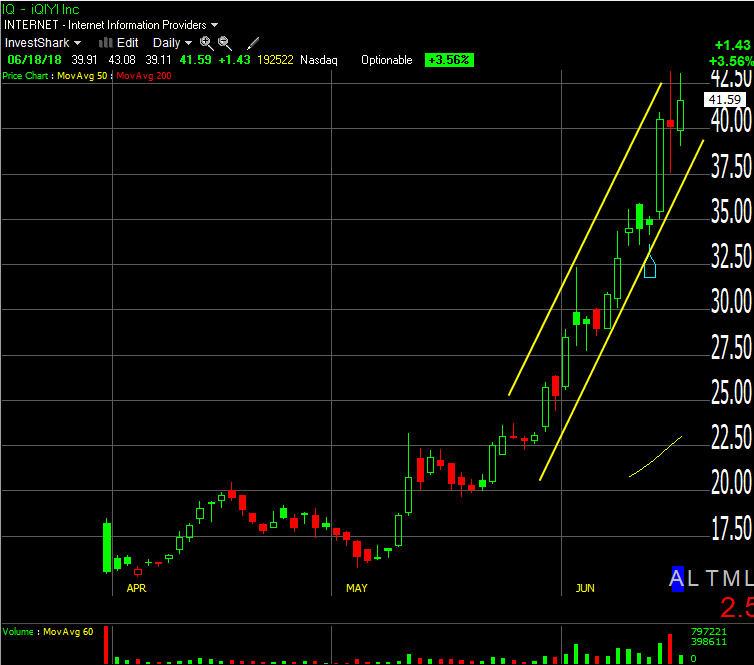 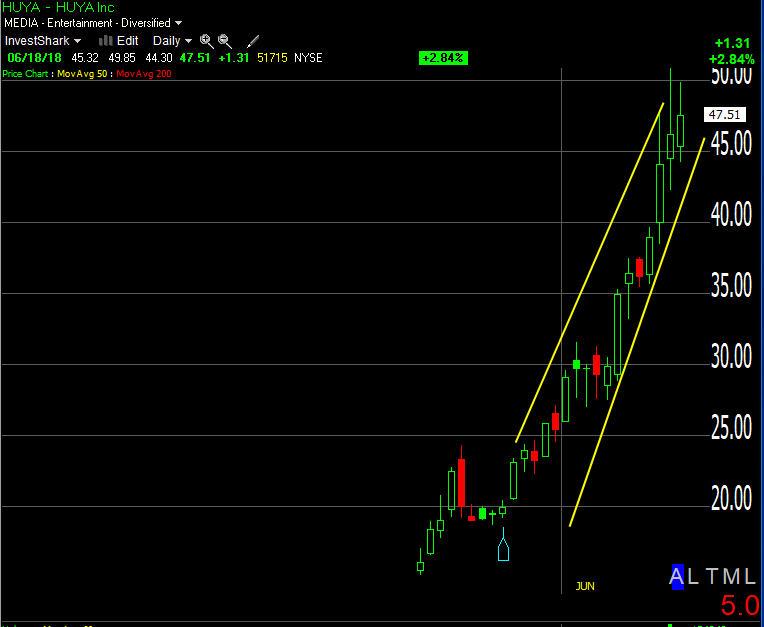 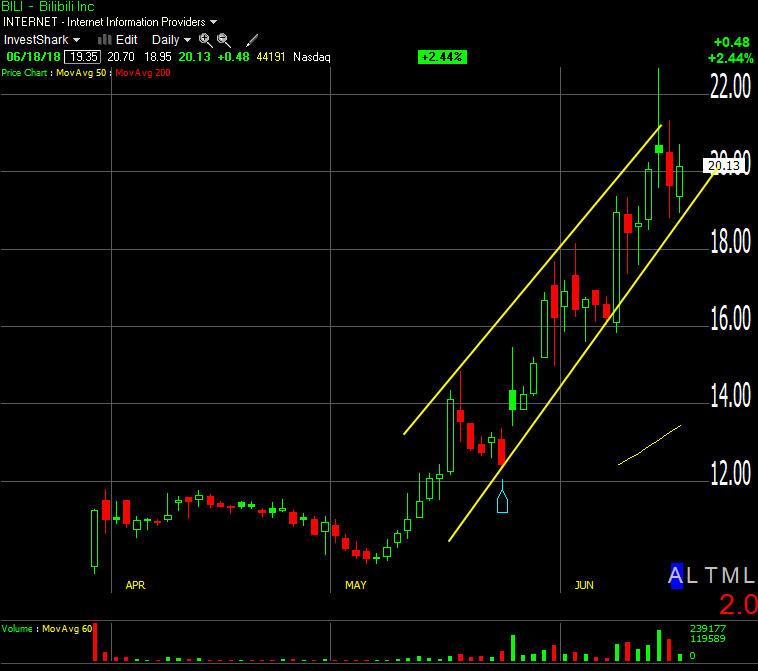 The first step in playing stocks like this is to take a position. Don't sit and wait for an optimal entry point. In the case of super momentum it may never come. Owning a position, no matter how small, tends to shift the way you view a stock. The move doesn't seem to be quite as crazy when you are profiting from it.

Once you have a toehold the next step is to develop a feel for the action. With these super-momentum names it should become quite clear that there is tremendously strong support. The dips are bought and new highs are chased.

When trading these stocks you will always have the fear that you are buying too late and are going to be caught in a massive reversal. The best way to deal with that is to trade around a core position. If you buy and sell incrementally then you can relieve that nagging desire to ring the cash register. It is human nature to want to lock in sizable gains when you have some but with these stocks you will almost always sell too early. You are better off selling a portion of your position but holding on to a core position.

It is important to give that core position some leeway. It should be small enough that you aren't worried about every downtick. You want to think in terms of the next opportunity rather than protecting gains. In other words, you need an offensive mindset not a defensive one.

At some point these stocks will pull back substantially, but they will typically have another run in them. Momentum players love to go back to names like these that have treated them well.

Keep them on the radar and don't let fear of heights keep you on the sidelines.

Get an email alert each time I write an article for Real Money. Click the "+Follow" next to my byline to this article.
TAGS: Investing | U.S. Equity | Technology | China | Markets | Stocks