A sudden and, I believe, extremely bothersome pair of trading days have produced an unusual market situation.

Looking at the pair of charts below, we easily see the startling dichotomy between the action of the Dow and the Nasdaq. While the more prosaic stocks of the Dow have drifted just slightly lower, the Nasdaq has been beaten down relentlessly. It is a contradiction that may have great meaning.

For months, the advance in all markets has been led by a very small number of tech stocks. Now all of them have come under simultaneous pressure.

Having been in this business for many years, I am reminded of the rise that ended in the first few days of 1973, when the stocks they were calling the "Nifty Fifty" suddenly turned down. It was the start of a decline that took away, in less than two years, nearly half the value of the Dow.

Are we in for a similar debacle? It is too early to tell. Just days ago, the markets were all making all-time highs. But certainly, this unusual change in emphasis cannot or should not be ignored. 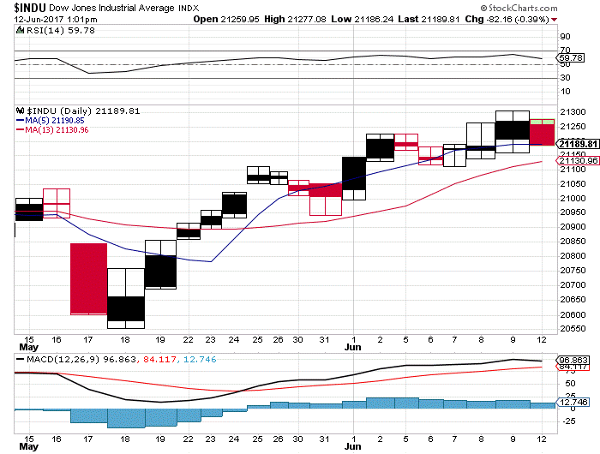 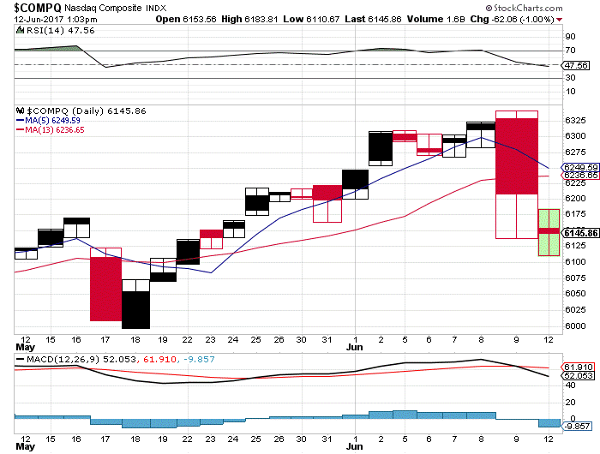 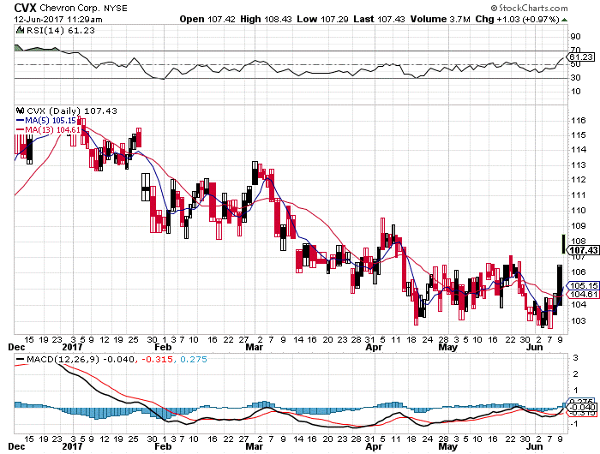 Chevron was suggested as a buy on April 11. Since then, it has gone through a long period of indecision, which has emerged as a large base, with a strong advance last Friday and then a breakout yesterday. This is a part of what is starting to look like a general upside reversal in the oil stocks. MACD just crossed to the plus side. It is likely to drop back a little in the next few days, which would present an opportunity to buy at a more advantageous level. 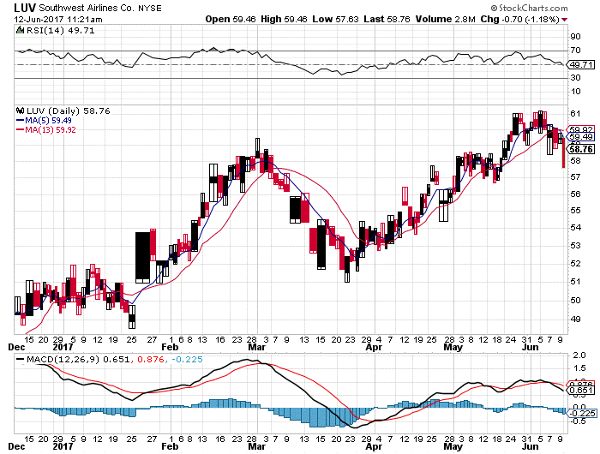 On April 25, Southwest Airlines was recommended as a buy. Now, after a rewarding advance, it has apparently turned back down. Yesterday it broke support after three weeks of top-building. MACD has crossed to the minus side. This and a number of other airline stocks look as though they are headed lower and should be sold in this vicinity, and even shorted, with, of course, a protective stop above the recent highs.

Get an email alert each time I write an article for Real Money. Click the "+Follow" next to my byline to this article.
TAGS: Investing | U.S. Equity | Transportation | Energy | Markets | Stocks