This could be a volatile week for markets. History is being made in Singapore, as President Trump meets with North Korea's Kim Jong-Un. On Wednesday, the Fed will likely raise its benchmark rate by 25 basis points, and share its economic opinions and projections. Both events could have short-term and long-term implications.

Beyond that, there is the ongoing threat of tariffs. The president tweeted about his displeasure with Canada's policies over the weekend, and the G-7 meeting made it clear that everyone is not on the same page.

What are the potential outcomes, and what can investors do to protect themselves and profit from the circumstances at hand? Let's look at several potential scenarios.

Scenario 1: The U.S. makes good on its threat to place tariffs on products from a variety of countries. American consumers pay higher prices for food, electronics, imported autos, and more.

Inflation, which was already creeping higher, begins to accelerate. In an attempt to control inflation, the Fed takes action, and raises rates aggressively. Interest rates jump to their highest levels in years.

What would be the best play under this scenario? I'd look toward the financial sector. Banks borrow at the low end of the yield curve and lend at the high end, so a rising rate scenario plays to that sector's strengths.

Regardless of what happens in Singapore, it's almost time to buy the financials. The sector, represented on the chart by the S&P Select Financial SPDR (XLF) just needs to climb above $28.50 (green dotted line) in order to break out. XLF's MACD (moving average convergence divergence) indicator has already flashed a buy signal (shaded yellow). 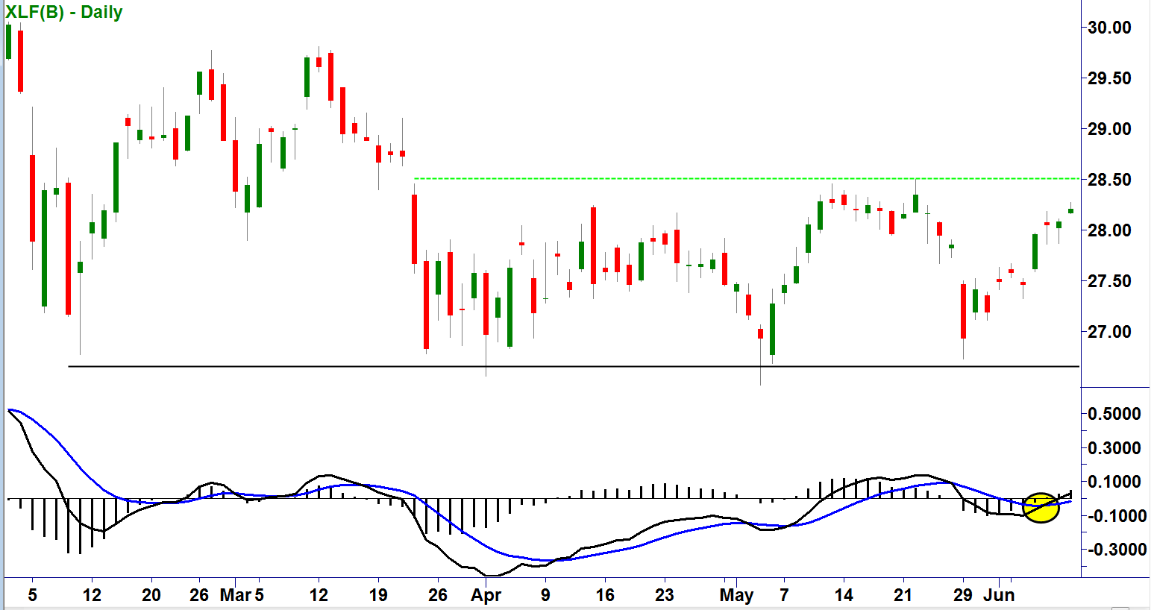 Scenario 2: North Korea steps into the 21st Century. The country opens for business, and corporations from the U.S. and elsewhere oblige.

Now, what is the first company that comes to mind? Some will say McDonald's (MCD) , but there are only about 450 Mickey D's in South Korea. Opening the North Korean market won't be a game changer for the fast food giant.

However, apparel retailer Guess? (GES) does about 7% of its business in South Korea, so the company could see a significant long-term boost in business if hostilities cease. 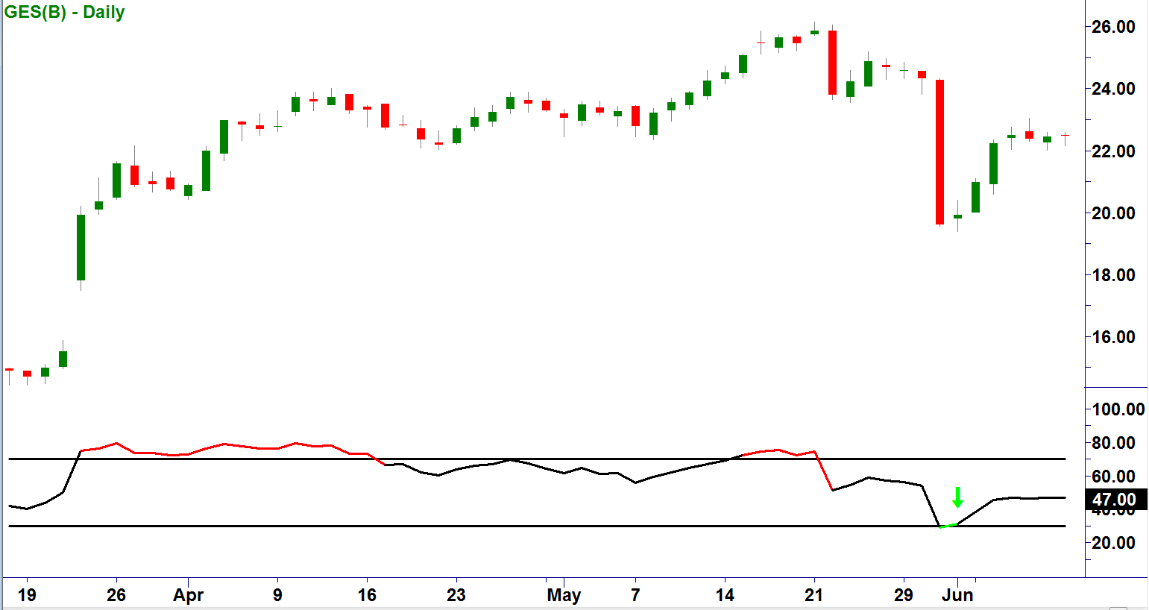 Of course, these are just two of many potential scenarios. However, I do believe the financials look good regardless of the summit. Also, it's difficult for me to imagine that North Korea will reject an opportunity for prosperity, although I doubt that the issue will be resolved this week. After all, it's a negotiation.

(This article originally appeared June 11 on Real Money Pro. Click here to learn about this dynamic market information service for active traders and to receive columns from Ed Ponsi, Paul Price, Bret Jensen and others.)

Get an email alert each time I write an article for Real Money. Click the "+Follow" next to my byline to this article.
TAGS: Investing | U.S. Equity | How-to |