Analysts are falling back in love with Macy's (M) . Evercore ISI just flipped its recommendation from short to long.

What took them so long? Macy's has always been a cut above other brick-and-mortar retailers. This stock has tacked on over 35% since I wrote about it three months ago. Under new CEO Jeff Gannette, who speaks at The Deal's 2018 Corporate Governance Thursday, Macy's has improved almost every aspect of its business, from the look of its stores to its rewards program.

While some investors are using the current rally in Macy's to take profits, here are three reasons why I'm staying long:

One look at Macy's daily chart reveals that Evercore's short position must have been rather painful. Macy's has doubled in price over the past six months, forming a bullish channel over that time. This week, the stock launched through the top of the channel, generating an overbought signal. 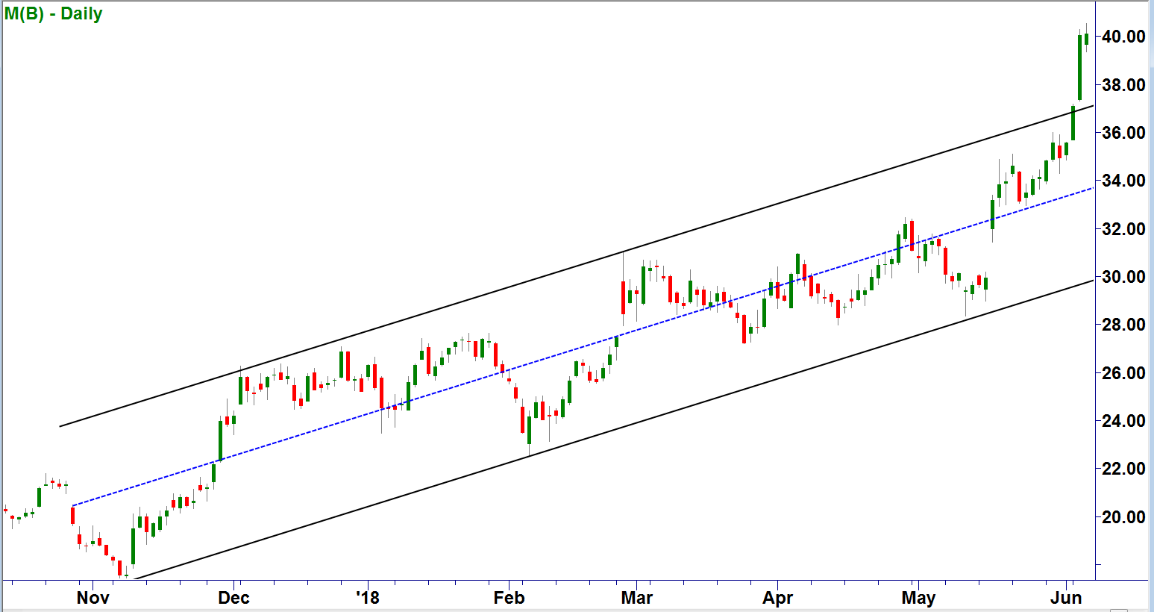 However, for a wider perspective, take a look at a longer-term chart. According to Macy's weekly chart, this stock still has plenty of upside.

Macy's has broken through the 38.2% Fibonacci retracement from its 2015 peak. The next major level is just above $45, which acted as resistance on several occasions in 2016 (black arrows). The $45 area is also home to the 50% retracement of the selloff from that peak. 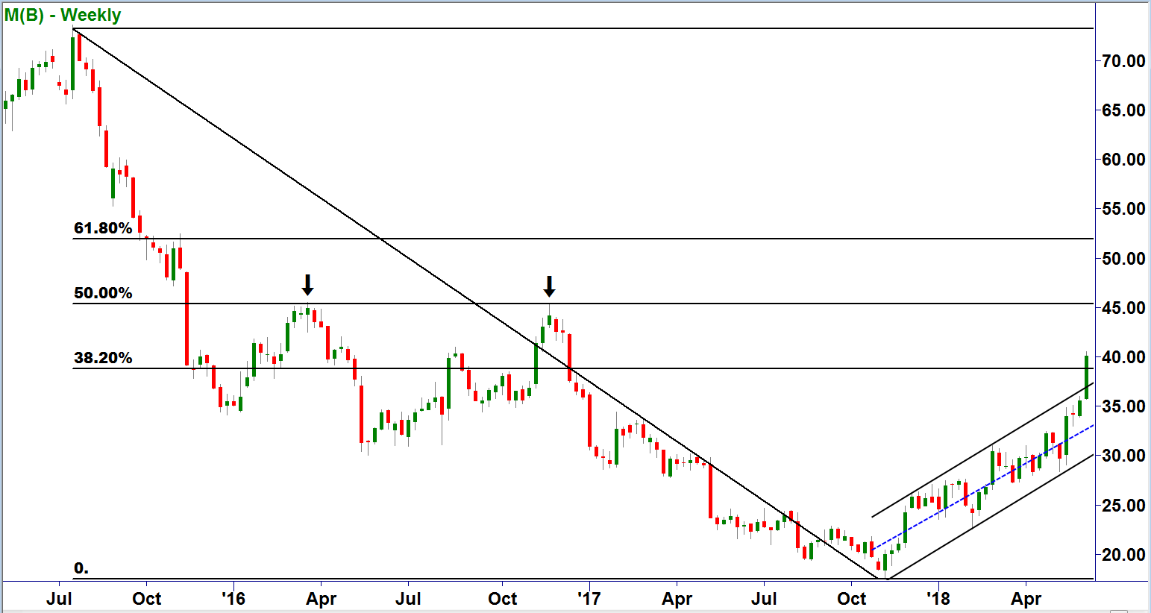 Take a look at the following chart, which compares the S&P 500, represented by the SPDR S&P 500 ETF (SPY) (green) to the retail sector, in blue, represented by the SPDR S&P Retail ETF (XRT) . Notice how the two tracked each other closely for most of the year. Then, over the past few weeks, retail suddenly began to outperform. Money just started pouring into this sector, so why would I bail out now?

Ray Kroc once famously asked a group on MBA students, "What business am I in?" Naturally, they replied that he was a restaurateur. "That's what I thought you'd say. I'm in the real estate business."

Macy's is also in the real estate business, in a major way. In 2016, a New York-based hedge fund, Starboard, determined that Macy's real estate holdings should be valued at $21 billion. Even after this rally, which has seen the stock rise to its highest level in over a year, Macy's market cap stands at just $11.36 billion. This fact alone should give the stock further upside.

(This article originally appeared on Real Money Pro at 7:00 a.m. ET. Click here to learn about this dynamic market information service for active traders and to receive columns from Ed Ponsi, Paul Price, Bret Jensen and others.)

Get an email alert each time I write an article for Real Money. Click the "+Follow" next to my byline to this article.
TAGS: Investing | U.S. Equity | Real Estate | Consumer Discretionary | E-Commerce | Stocks