Canada Goose Holdings Inc. (GOOS) was discussed last night on Mad Money by our own Jim Cramer. Jim looks at the fundamentals but I however look at the technical indicators. These two approaches can work together.

We looked at the charts in early February noting that, "The uptrend in GOOS could continue but we have seen momentum slow recently." Let's see if price is now set for a reversal.

In this daily bar chart of GOOS, below, we can see that prices had a "shake-out" in February and longs were probably stopped out. GOOS recouped those losses and has climbed to new highs since early May. Prices are above the rising 50-day moving average line and the bullish 200-day average.

The level of volume has not visibly increased the past three months and the daily On-Balance-Volume (OBV) has been slow to rise and has underperformed when compared to the price action.

The Moving Average Convergence Divergence (MACD) oscillator is in a bullish mode but the two moving averages that make up this indicator are fairly close together. It would not take much of a price decline to produce a sell signal.

In this limited weekly chart of GOOS, below, we can see that prices are above the rising 40-week moving average line - maybe too far above it.

The weekly OBV line is overall positive but it has bearishly diverged from the price action since March as prices turned higher but the OBV line could not make a new high. Aggressive buying could be fading.

The weekly MACD oscillator is bullish but also not at a new high like prices.

In this Point and Figure chart of GOOS, below, we can see that prices have reached a $43 price target. 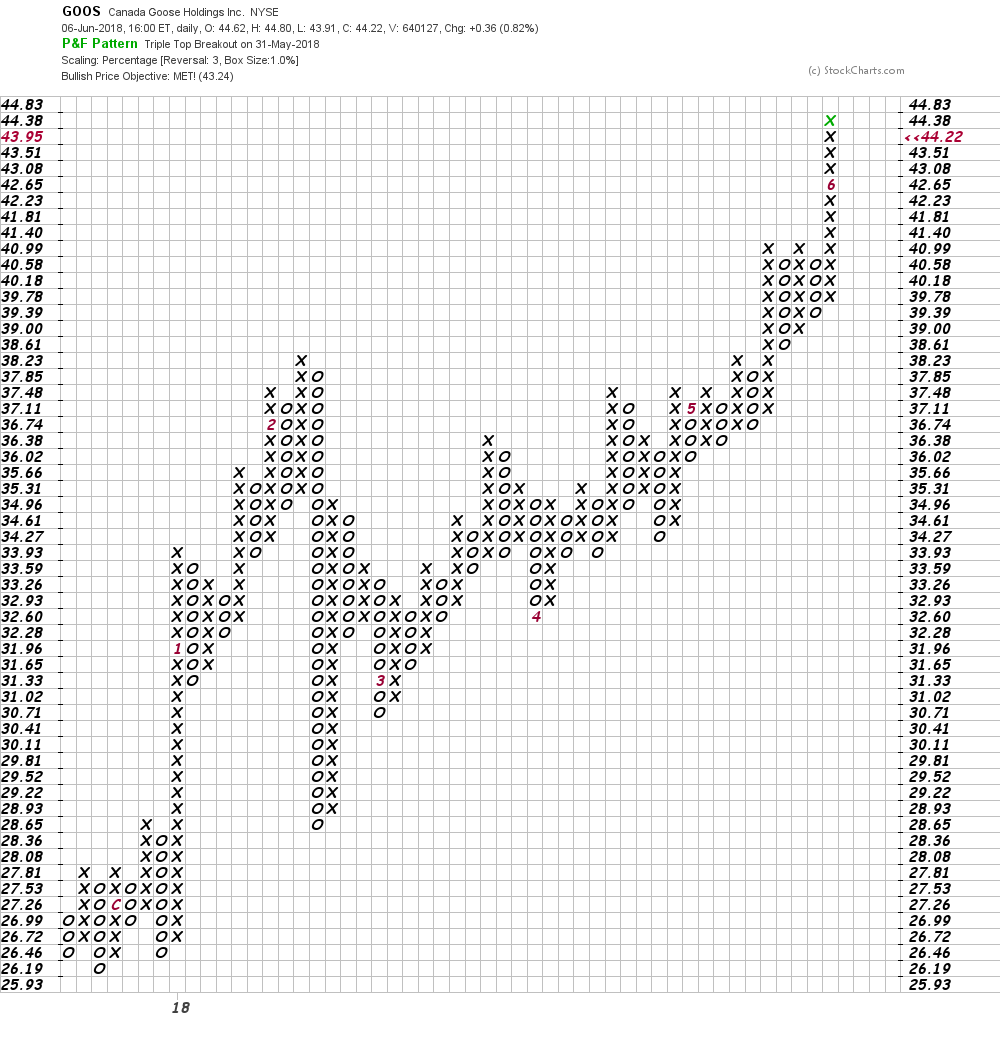 Bottom line: GOOS has reached an upside price target ($43) and looks extended with some bearish divergences. A close below $40 could mark a peak and a top reversal. I do not see a technical reason to go short but longs would probably be wise to reduce their positions and exit GOOS completely on a close below $40.