We are not in a state of retail Armageddon. Consumers haven't stopped purchasing items, they've only changed their habits. Modern consumers have ditched certain stores, products, and brands. In 1970, Sears (SHLD) was the top retailer in the U.S. by revenue, and today it isn't even among the top ten.

Among the new breed of specialty retailers, lululemon athletica (LULU) stands out. The athletic clothing retailer, which first became famous for its yoga pants, didn't just beat earnings Thursday -- it crushed every aspect of its report. For example:

Less than two months ago, I called this stock a screaming buy in the low $80s. LULU hit $122 in Friday trading, but it's had such an incredible run that I wouldn't be surprised to see it pull back in the short term due to profit-taking. This stock isn't immune to the "sell the news" mentality, especially in the volatile trading environment of the past week.

However, if LULU does pull back, it's a buy. This is a stock to own, because this company has a knack for creating the products that its customers want. LULU never has the best prices in its category, but that never seems to matter to its loyal customers.

LULU may be getting a bit extended as it climbs farther above its 50-day moving average (blue). This is one reason why a pullback wouldn't surprise me. That indicator, along with LULU's 200-day moving average (red), is tilted diagonally, which is indicative of a long-term uptrend. 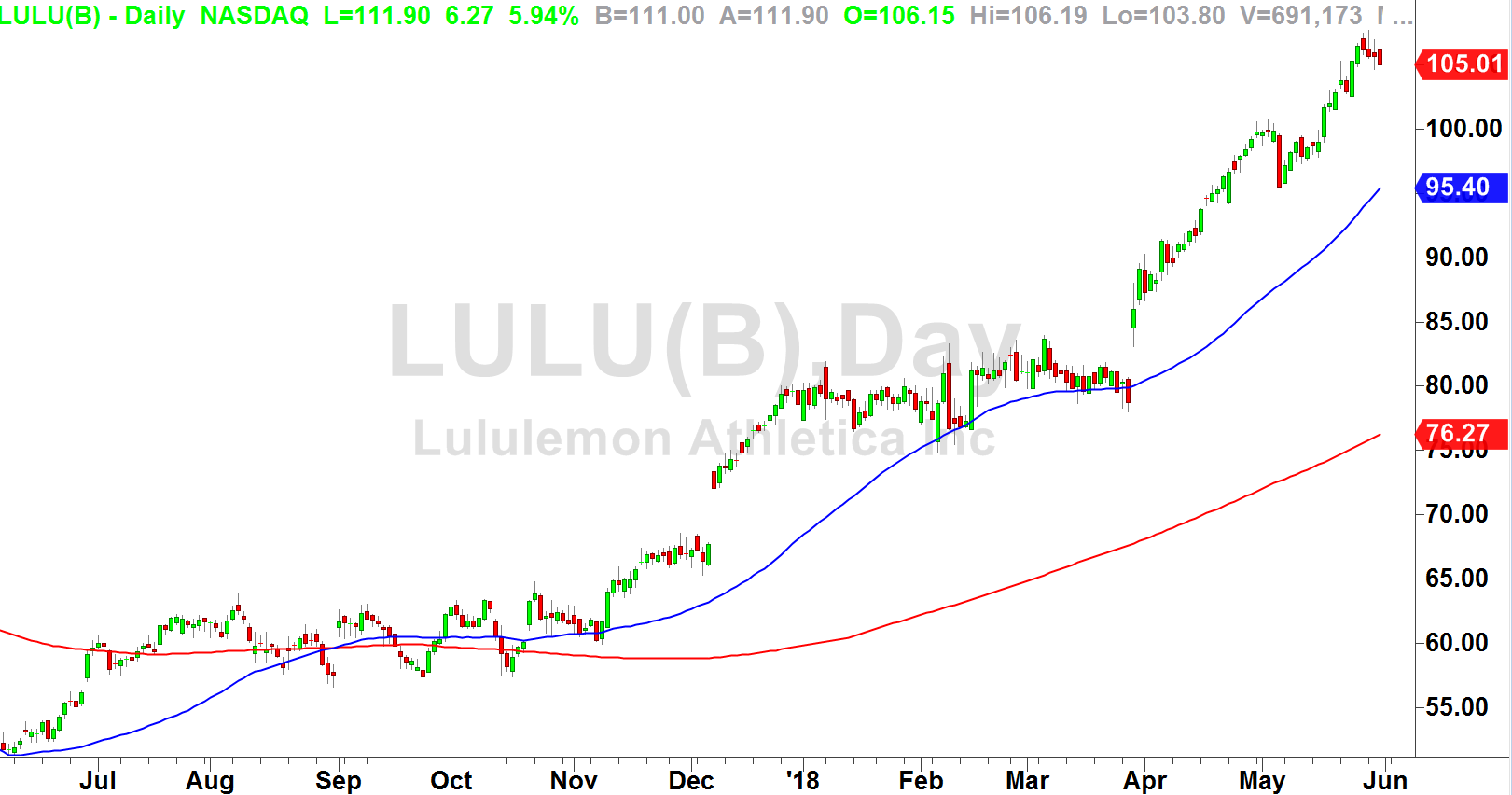 What is the message of this chart? If you're not already an owner of LULU, then don't rush to get in. Take your time and wait for the pullback.

Right now, LULU is in the sweet spot. In addition to everything mentioned above, online sales are exploding, with an increase of 60%. The company also guided earnings estimates higher. Basically, there is nothing not to like about lululemon athletica right now.

Get an email alert each time I write an article for Real Money. Click the "+Follow" next to my byline to this article.
TAGS: Investing | U.S. Equity | Consumer Discretionary | Earnings | How-to