The 2018 version of VC Mary Meeker's Internet Trends report is out. This one features 294 slides, and as usual, is jam-packed with interesting stats and big-picture takeaways. Here are a few of the things that stand out:

As the slide below shows, U.S. e-commerce growth has been on an upswing over the last few years even as total online retail sales have surged past $400 billion and come to account for around 13% of total retail spend. After bottoming near 13% in 2015, growth has gradually risen, and hit a level of 16.4% in Q1. 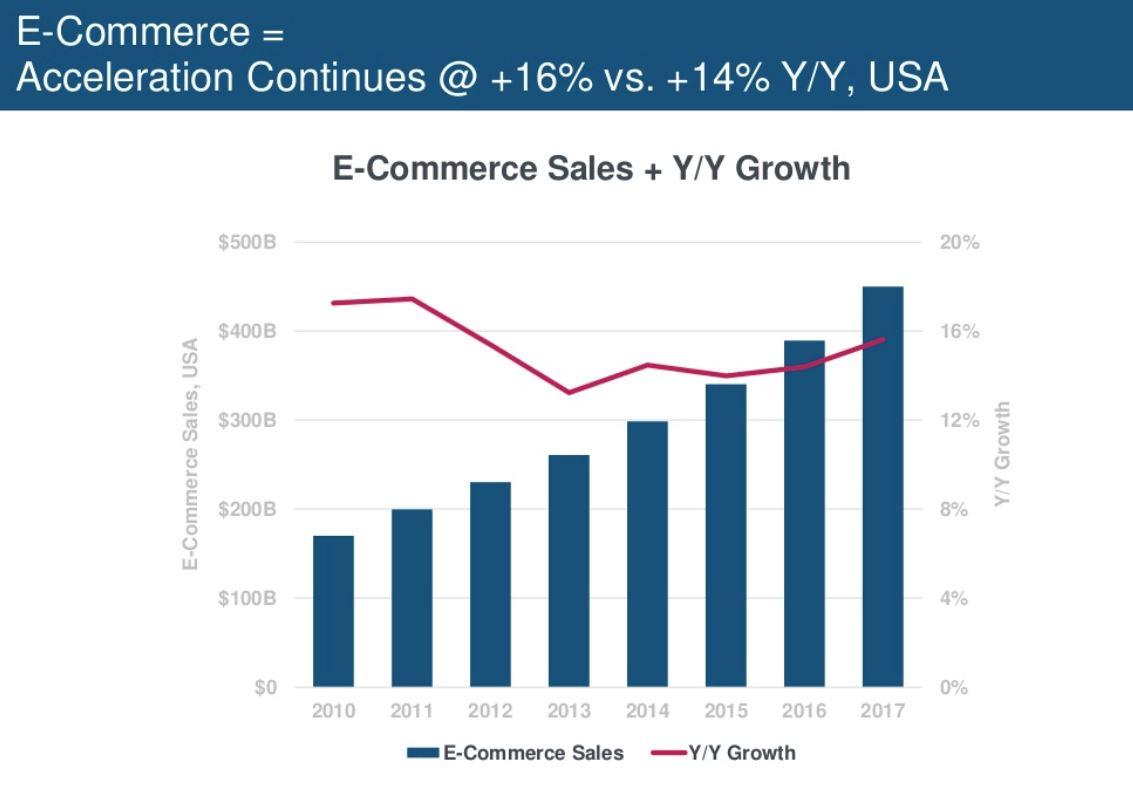 Amazon.com's (AMZN) growth -- and in particular, the transformation of Amazon Prime into a way of life for tens of millions of consumers -- is a factor here. But other trends, such as mobile commerce growth, in-store pickup services and the arrival of more frictionless payment options such as PayPal's (PYPL) One Touch, are also helping out.

On average, U.S. consumers spent an eye-popping 3.3 hours per day consuming digital media via mobile devices last year. That's up over 100% from 2012 and has contributed to a moderate decline in daily PC digital media consumption, which stood at 2.1 hours. However, the bigger impact has been to help grow the total amount of time spent on digital media to 5.9 hours from 4.3 in 2012. 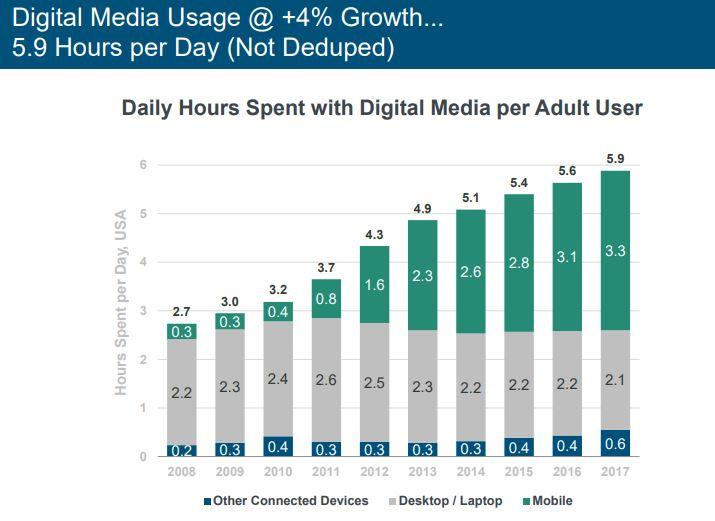 Usage growth has continued even as smartphone unit growth has evaporated thanks to high penetrations and lengthening upgrade cycles. As Alphabet's (GOOGL) YouTube can vouch, mobile video viewing has played a big role here: Globally, daily mobile video usage is believed to have risen by about a factor of 6 since 2012, to around 30 minutes (U.S. usage is likely higher).

It's hardly a secret at this point that in fields such as e-commerce, mobile payments, gaming and online video, China's tech ecosystem is either on par with its U.S. counterpart or has surpassed it. However, some of the revenue and user stats attached to China's mobile and Internet boom can still be pretty stunning.

E-commerce now accounts for 20% of China's retail sales, up from around 5% in 2012. China's nearly 800 million mobile Internet users now spend 3.2 billion hours per day consuming media on mobile devices, and the country's total annual spending on game software is nearing $30 billion. The country's online ad revenue has reached $50 billion, and its annual mobile payment volumes (driven in part by offline payment activity) has soared to a whopping $16 trillion. 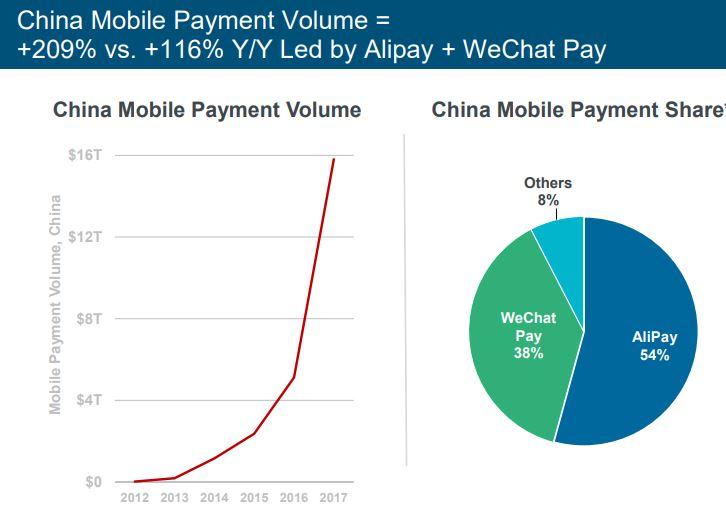 Between their various e-commerce, gaming, payments, messaging, ad and video platforms, Alibaba (BABA) and Tencent are at the center of much of what's going on here. Alibaba's revenue rose 76% annually in Q1 (61% in RMB) to $9.9 billion; Tencent's revenue rose 63% (48% in RMB) to $11.7 billion.

Which is older: the current bull market or Betty White?

The inevitability of cycles is what makes many market participants so confident that they can predict the future. But that is a fallacy.

BlackRock's doin' it, Microsoft's doin' it, so all traders should think about ESG-based investing.