Danaher (DHR) has been trading sideways this year in a large triangle formation. Triangles are chart patterns that are considered continuation patterns. A continuation pattern is generally a pattern that takes weeks to months to form and is a pause in the prevailing trend. After these patterns complete we usually see prices continue in the same trend as was seen before the pattern. Let's check out the triangle and the indicators on DHR.

In this daily bar chart of DHR, below, we can see how prices have moved sideways since January. The $104 area has capped the upside while price have made higher lows from February at $92 to March around $95 and early May around $98. Volume has diminished though this pattern as the shrinking trading range has shrunk the profitability and in turn reduced the volume. The daily On-Balance-Volume (OBV) line rose with the price action from October and then turned neutral from March. The Moving Average Convergence Divergence (MACD) oscillator is above the zero line in positive territory. A fresh outright go long signal on DHR could happen if prices break out over $104.

In this weekly bar chart of DHR, below, we can see that prices are above the rising 40-week moving average line. The weekly OBV line is close to making a new high close for the move up and the MACD oscillator has narrowed towards a possible bullish crossover and outright go long signal.

In this Point and Figure chart of DHR, below, we can see the sideways price action since January (look for the "1" on the chart). A trade up at $105.49 will be a bullish breakout. On the downside there is a small price target of $94.38. 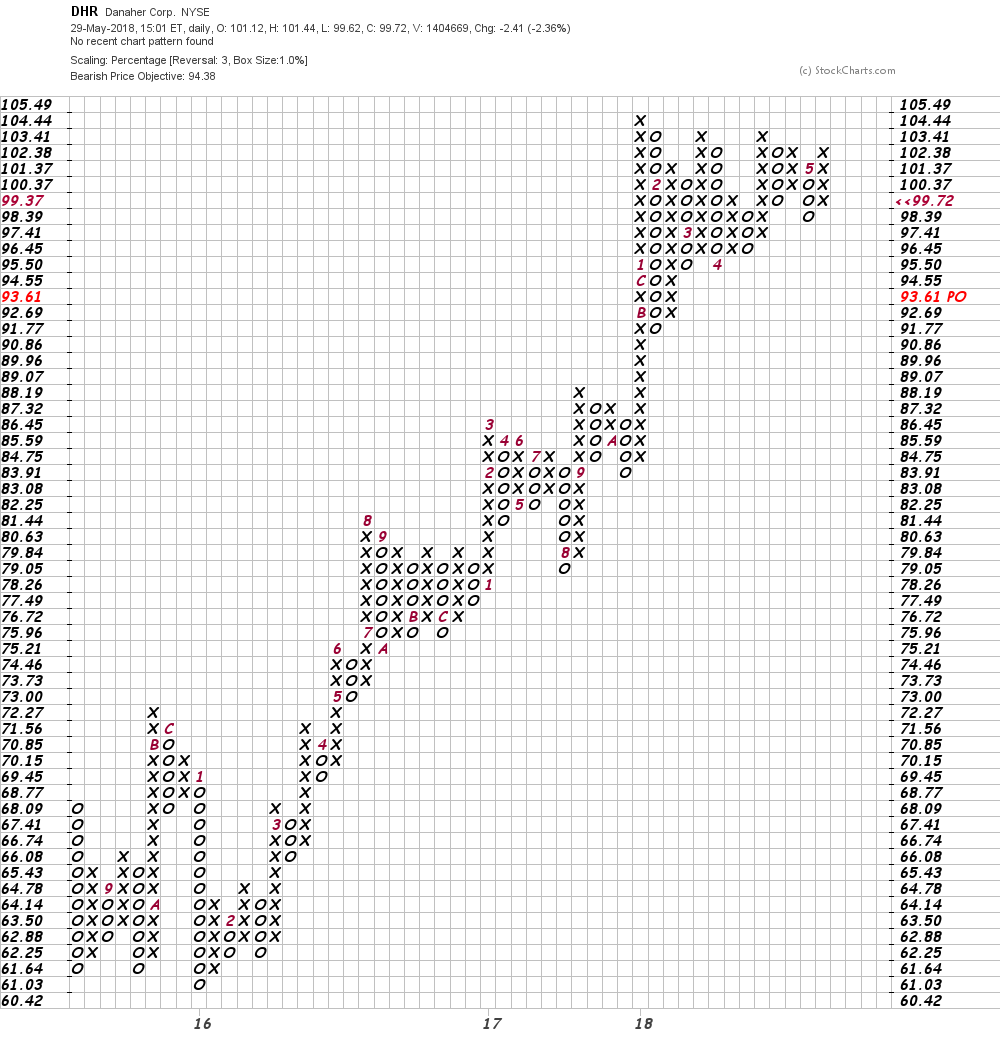 Bottom line: DHR has traded sideways since early 2018 and prices look poised for an upside breakout. Weakness in the major averages could push back the timing of a breakout but it looks like a matter of when and not if.