Illumina (ILMN) has marched to new highs in January and March and this month as many stocks have corrected sideways or lower. Traders need to appreciate this kind of independent price strength -- this is where you might want to rotate to as you get out of under performing stocks. (See also Jim Cramer's take on stocks that go up when rates go down here and here.) Let's take a closer look at the price charts and indicators.

In this updated daily bar chart of ILMN, below, we can see that prices are above the rising 50-day moving average line. The slower-to-react 200-day moving average line has been bullish since early August and has not been tested since late 2016. The daily On-Balance-Volume (OBV) line has been moving higher since early August and tells us that buyers of ILMN have been more aggressive with heavier volume been traded on days when ILMN has closed higher. The trend-following Moving Average Convergence Divergence (MACD) oscillator has crossed to the downside for a take profits sell signal. In the past year this indicator has only fallen into sell territory twice for a short period of time.

In this weekly bar chart of ILMN, below, we can see that prices are above the rising 40-week moving average line. The weekly OBV line has been bullish since late 2015 and currently needs to made a new high to confirm the new price highs.

The weekly MACD oscillator has turned up to a new outright go long signal. 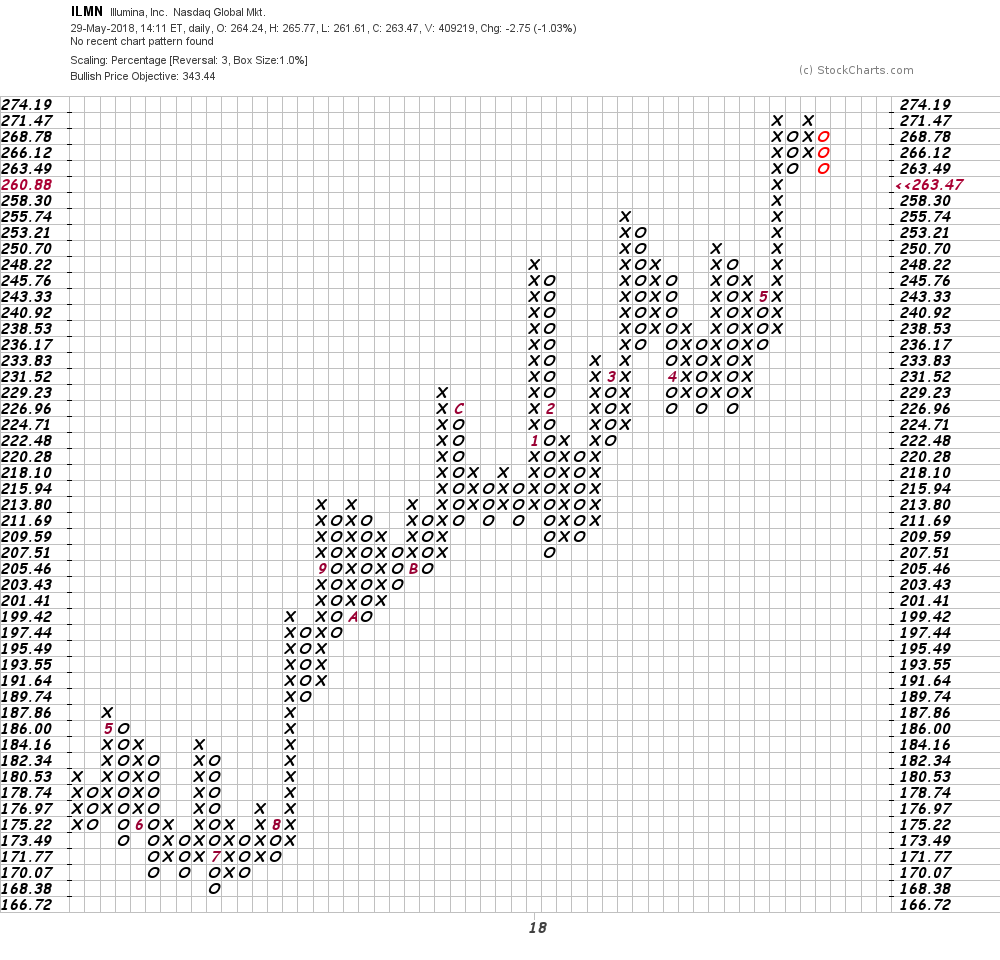 Bottom line: ILMN is dipping slightly today and might see a retracement to around $250 or so but with no signs of significant distribution (read selling) ILMN could well outperform on a relative and absolute basis over the next several months.