Global Payments (GPN) has been trading sideways the past three months correcting the gains from early 2017. A longer period of price consolidation may be happening before a climb to our higher price targets (see below). Let's check out the charts and indicators.

In this daily bar chart of GPN, below, we can see that prices performed strongly from last June to January. Since the beginning of the new year a shift has been developing. Prices made higher highs in February and March but volume declined and the Moving Average Convergence Divergence (MACD) oscillator made a lower high or a bearish divergence. Prices have been crossing below and above and below the 50-day moving average line as it has turned from an uptrend to a sideways and now a down trend. The rising 200-day moving average line is still bullish and has not been tested in the past year. The daily On-Balance-Volume (OBV) line has moved slightly higher since February telling us that buyers are still more aggressive but less so than last year. The MACD oscillator fell below the zero line in April for the first time in a while and is currently pointed down towards the zero line again.

In this weekly bar chart of GPN, below, we can see that prices have been above the rising 40-week moving average line for much of the past three years. The weekly OBV line has been rising since late 2016 but has struggled to make new highs this year. The weekly MACD oscillator is in a take profits sell mode (a sell from above the zero line).

In this Point and Figure chart of GPN, below, we can see a potential upside price target of $155. 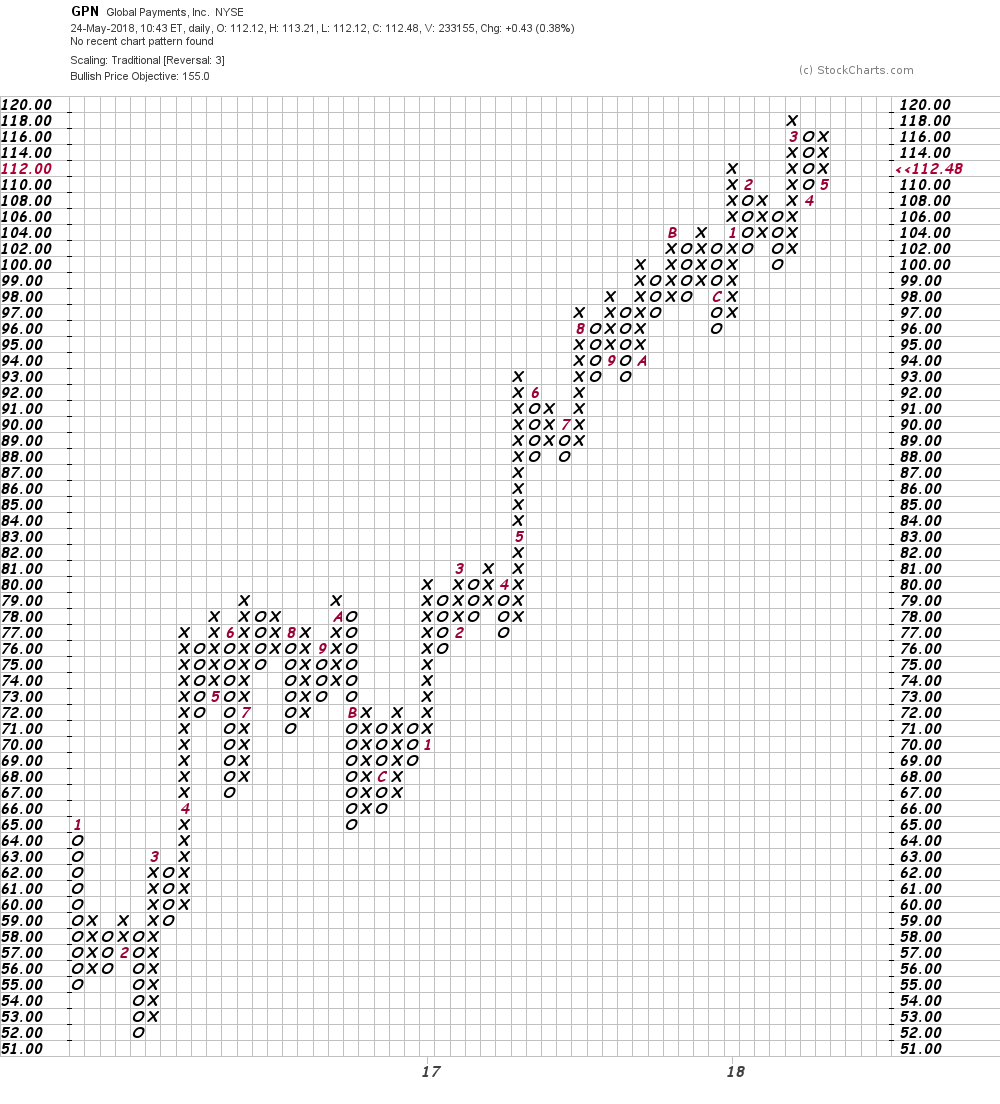 Bottom line: GPN could move significantly higher in the months ahead and we have a $155 price target but in the intermediate term more sideways price action is anticipated. Investors who are long could use a sell stop below the rising 200-day moving average line currently at $105.