Mastercard Inc. (MA) was checked out at the beginning of May, and I summed up the charts this way: "MA has been largely stuck in a sideways trend the past two to three months. Volume has diminished and momentum has weakened. These are not "run out and sell" signals but I would be cautious near-term." MA reacted to its earnings report by gapping to upside but once again prices have become stalled. Let's see what the indicators suggest now.

In the updated daily bar chart of MA, below, we can see that prices are in an uptrend. MA is above the 50-day moving average line but the slope of the line is beginning to flatten. Volume shows a surge in early May as prices gapped but then the volume declines to levels below the pace in April.

The daily On-Balance-Volume (OBV) line does make a new high in early May but it levels off the rest of the month. The Moving Average Convergence Divergence (MACD) oscillator has crossed to the downside for a take profits sell signal.

In the weekly bar chart of MA, below, we can see a strong rally with prices more than doubling. MA is above the rising 40-week moving average line. The weekly OBV line is positive too.

In the lower panel is the slow stochastic indicator, which has made a triple divergence since January. This pattern in not that common but it is a particular setup that George Lane used over the years in his seminars. Let's keep an eye on this.

In this Point and Figure chart of MA, below, we can see a very long uptrend. Corrections happen but they have largely been shallow. A target has been reached but we do not have any signs of distribution. 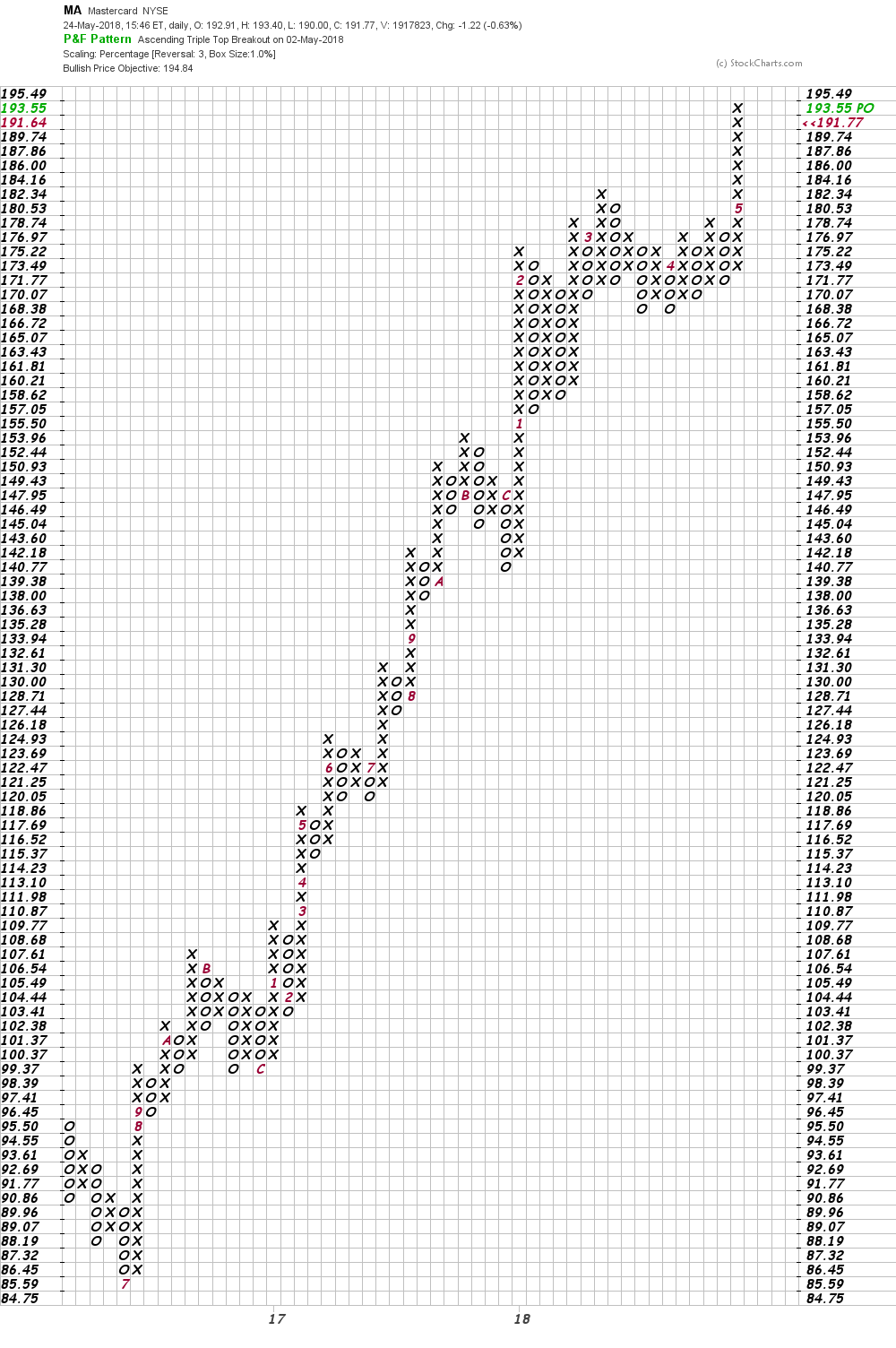 Bottom line: It is not that often I can find an indicator set-up like a triple divergence of the slow stochastic. Sounds like technical analysis double talk, but I would be remiss if I did not point it out. Is MA going to turn south in a hurry? Probably not, but I would raise sell stop protection to $173.

The Charts Say, Give Mastercard Some Credit