Waste Management, Inc. (WM) was reviewed in the middle of February and I gave this strategy recommendation, "It looks like WM can rally back and retest its January highs. Hold longs and risk a close below $80 now (up from $76)."

WM did in fact rally back to retest its January zenith but it failed and turned down again. Prices have been moving lower in a saw-tooth manner since early March and testing the rising 200-day moving average line in recent weeks.

(For more on WM, see Jim Cramer's: These 4 Cold Stocks of Once-Hot Companies Could Reignite.)

What's the next move for WM? Let's revisit the charts and indicators.

In this daily bar chart of WM, below, we can see that prices have been trading this month below the declining 50-day moving average line while testing the rising 200-day line. Prices have made a slightly higher low recently compared to earlier this month but a strong close above $84 is needed to establish a higher high.

The daily On-Balance-Volume (OBV) line shows a peak in March and a retest in April before declining to a new low now. A declining OBV line is a sign that traders have been more aggressive on the sell side.

The trend-following Moving Average Convergence Divergence (MACD) oscillator has been in bearish territory (below the zero line) since late March and is still pointed down.

This weekly bar chart of WM, below, is still bearish. Prices are testing the rising 40-week moving average line. There have been other tests of the 40-week average line in the past two years but this time the price of WM has spent more time below the average line than ever.

The weekly OBV line has been weak the past three months telling us that sellers of WM have been more aggressive. The MACD oscillator is still in a bearish mode as it moves down to the zero line.

In this Point and Figure chart of WM, below, we can see a downside price target of $78.98. A trade at $77.49 would weaken this chart further. 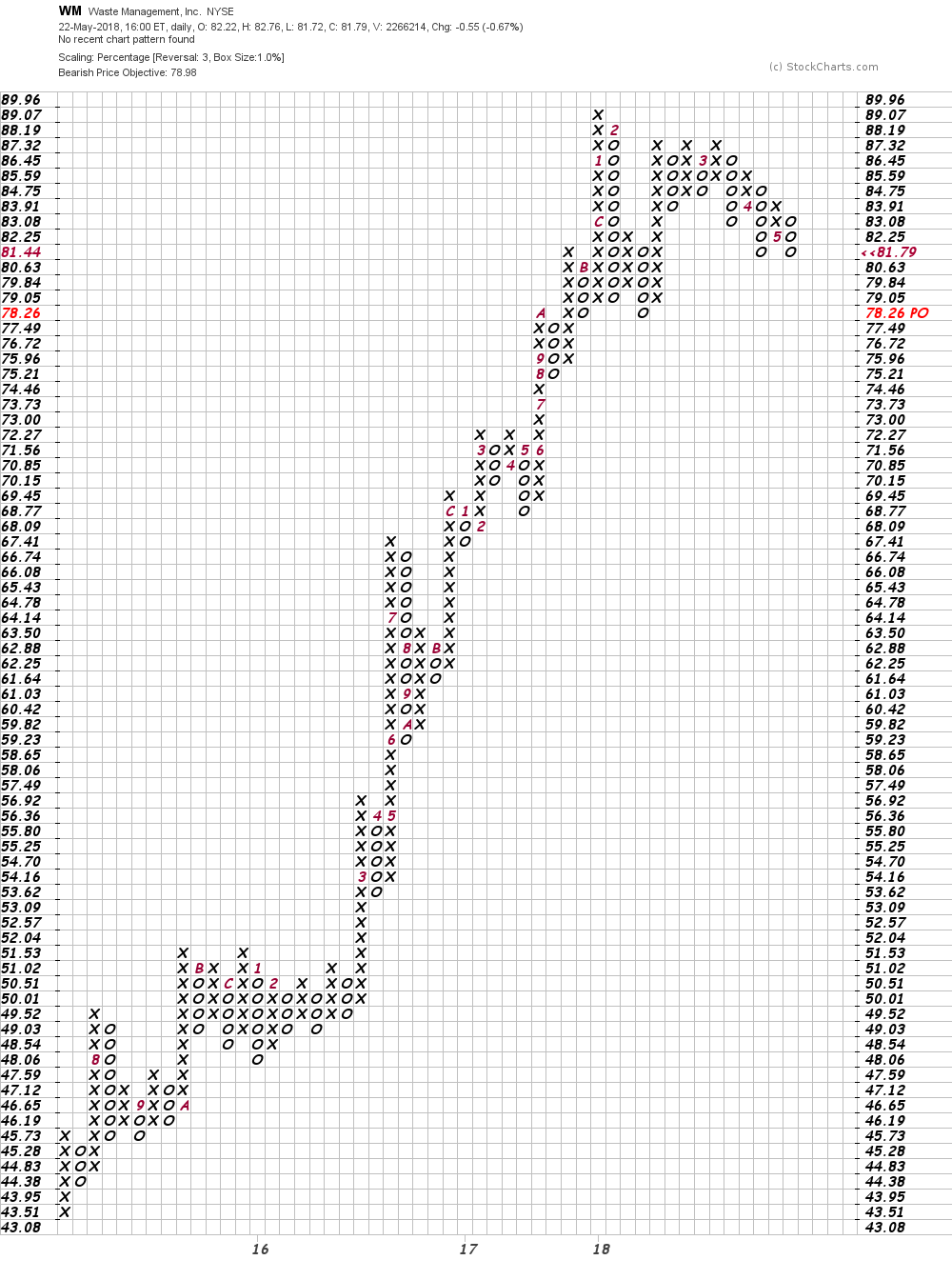 Bottom line: The daily chart of WM has been moving in a tighter and tighter range towards an apex of sorts. With weak or weakening indicators I would anticipate that WM works lower in the near-term. A close below the February low around $78 would weaken the chart further.

Jim Cramer: Do You Really Want to Sell Now?

The answer to that question depends on several factors, so let's break them down.

2 Unloved Stocks Enjoy a Day in the Sun