When we reviewed J.C. Penny Company Inc. (JCP)  way back in November, we wrote, "A fundamental analyst would want to see evidence that a company is making a turnaround and the technical analyst wants to see it in the price action of the security." From early November JCP staged a rally from $2.50 to briefly above $4.50. This rally did not last long, though, and prices have made a round trip. The decline has been faster than the rally.

What do the charts suggest today?

In the daily bar chart of JCP, below, we can see that prices just failed at the underside of the declining 50-day moving average line. The longer 200-day line is pointed down and was tested and temporarily broken in late February.

The daily On-Balance-Volume (OBV) line followed prices up and down telling us that traders have been aggressive in both direction. The Moving Average Convergence Divergence (MACD) oscillator has spent much of the last 12 months below the zero line. The trend has been down.

In this weekly bar chart of JCP, below, we can see that the major trend remains down. Prices are below the declining 40-week moving average line. The weekly OBV line has made a new low for the long move down and could well be foreshadowing new price lows. The MACD oscillator is bearish.

In this Point and Figure chart of JCP, below, we can see the recent decline. With no visible support nearby the path of least resistance is probably lower. 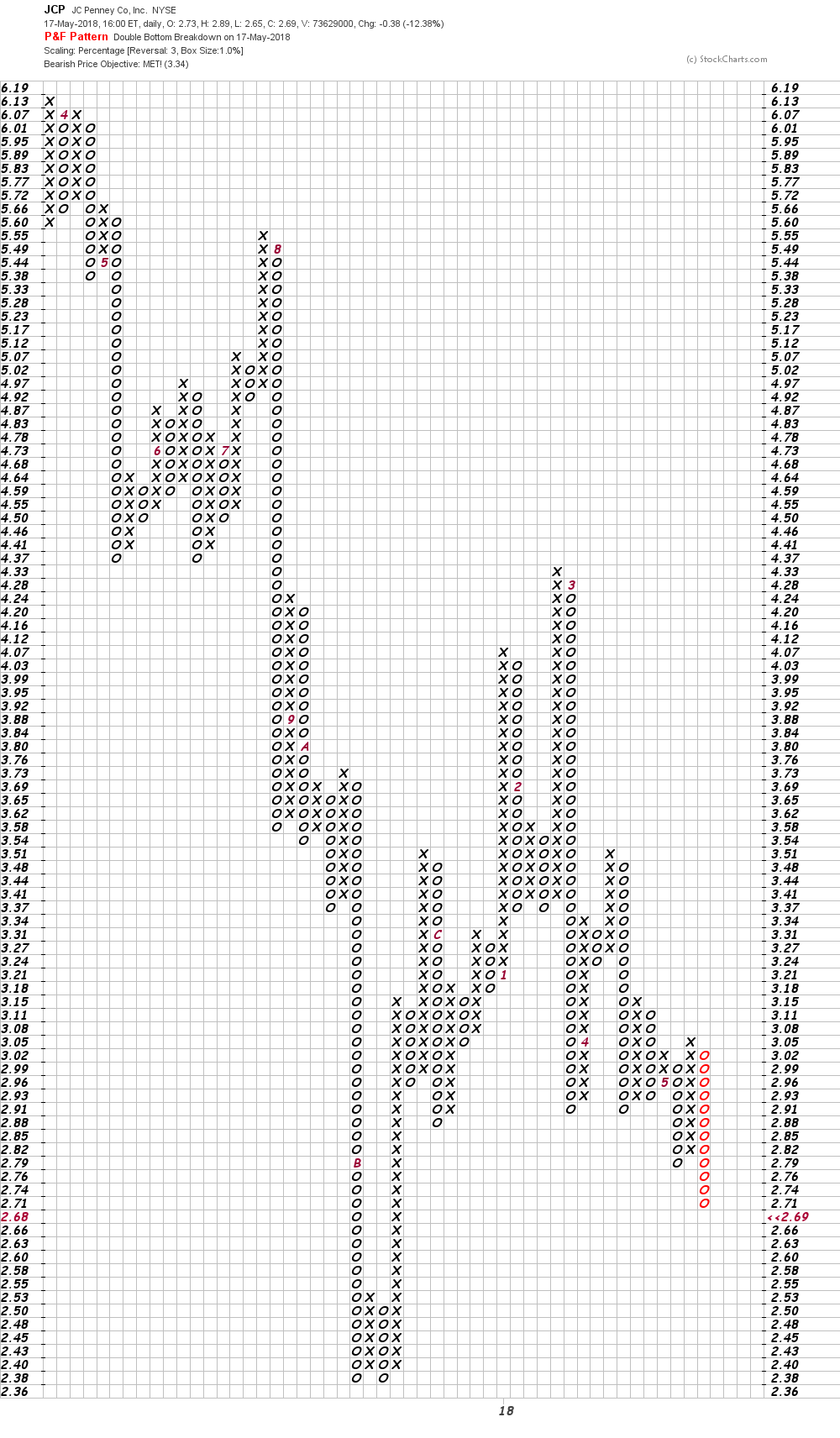 Bottom line: JCP looks like it can trade lower. A retest of the low at $2.35 seems in the cards.