Lennar (LEN) has given up its gains from September but further losses are possible in the weeks and months ahead as the charts and indicators remain weak. Let's check out the situation.

In this daily bar chart of LEN, below, we can see that prices have done a round trip from $50 back in September. LEN broke down below the 50-day moving average line in late January and clearly broke the rising 200-day line in April. This month we saw a dead cross as the 50-day average closed below the 200-day average. The trend has been down for nearly four months but the On-Balance-Volume (OBV) line has kept rising suggesting that someone has been buying aggressively in a decline. This is not typical behavior. The trend-following Moving Average Convergence Divergence (MACD) oscillator has been in bearish territory below the zero line since early February.

In this weekly bar chart of LEN, below, all the indicators are pointed down including the OBV line. LEN is below the cresting 40-week moving average line. The weekly OBV line peaked in January and has made a new low for the move down this month. The weekly MACD oscillator is crossing the zero line now for an outright sell signal on this time frame.

In this Point and Figure chart of LEN, below, we can see a bearish downside price target of $36.00 being indicated. I don't know if LEN will decline that much but that is what the chart measurement comes to. 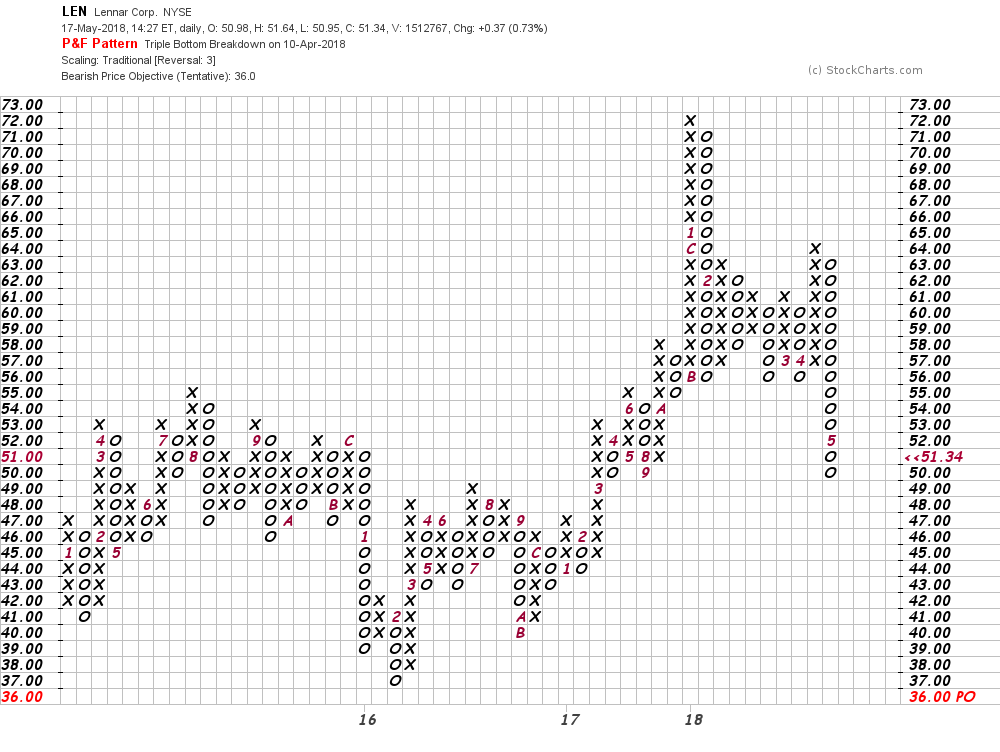 Bottom line: LEN could bounce a bit before heading still lower in the weeks ahead. A close below $48 is probably going to precipitate further losses.