Cisco Systems's (CSCO) latest earnings report is hardly terrible, but it's not exactly stellar either. And with the stock up 17% on the year following a strong January quarter report, markets wanted something more unequivocally positive.

Product orders (closely watched) rose 4% annually, after having grown 5% in the January quarter. It helped that orders were down 4% in the year-ago period. 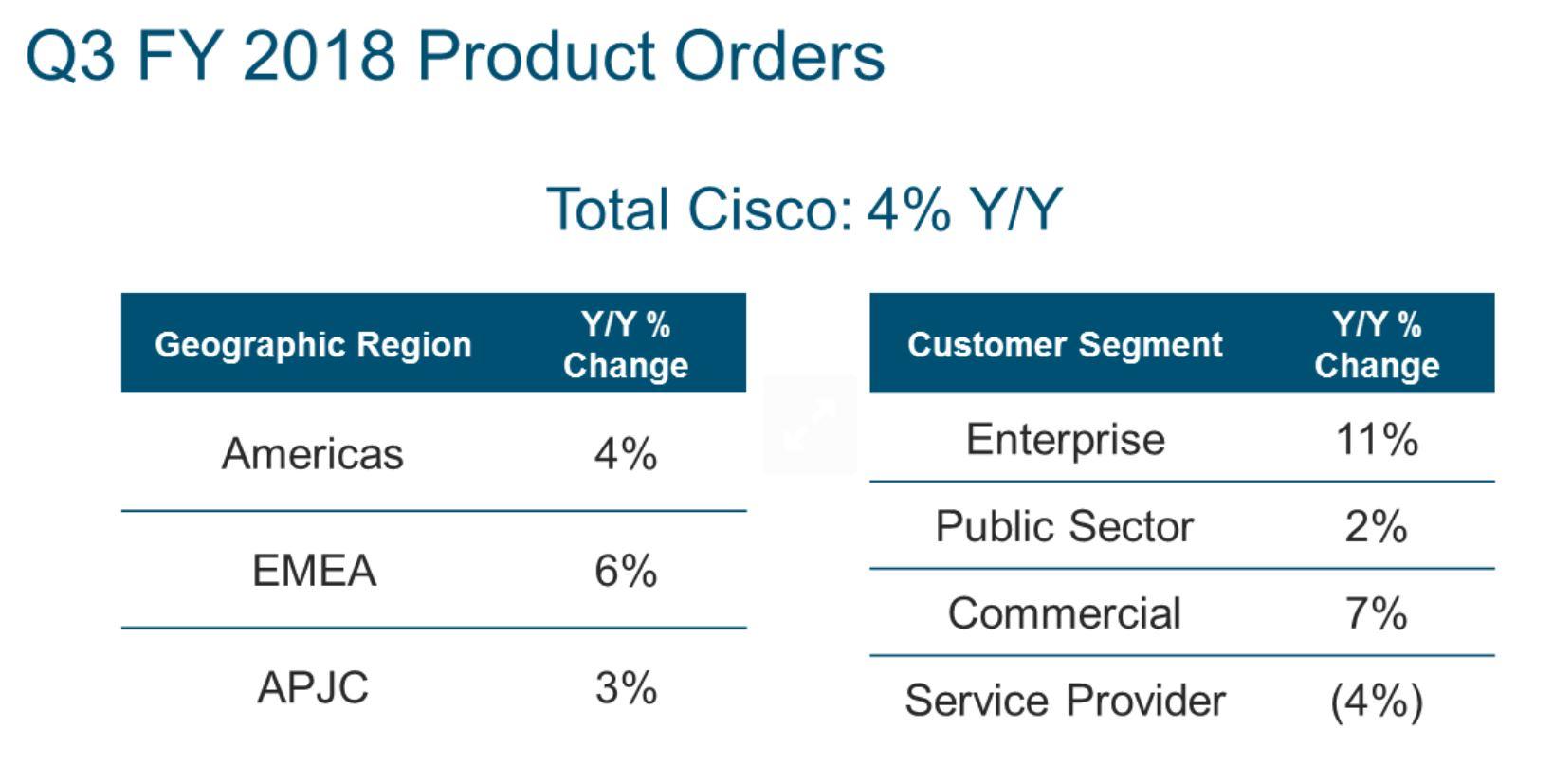 On the whole, Cisco still isn't growing a lot. As the company notes, its revenue growth rates would be a little higher if not for a shift towards subscriptions and other recurring revenue streams relative to up-front product sales. On the other hand, growth would be lower if not for acquisitions, forex and a healthy IT spending environment.

Moreover, with the dollar having begun to strengthen and Cisco having lapped the 1-year anniversary of the AppDynamics acquisition in March, forex and M&A might not provide the same kind of lift going forward. And though buybacks will continue, it's unlikely that Cisco will be buying back $6 billion worth of stock each quarter to boost EPS.

CEO Chuck Robbins and the rest of Cisco's leadership deserves credit for understanding the need to grow the company's software and services exposure given the long-term competitive and secular pressures faced by core hardware franchises, and for trying to do so via both M&A and (as the recent Catalyst refresh shows) new offerings that play nice with those hardware franchises. But for now, these efforts are largely just serving to offset hardware pressures rather than produce strong growth.

The ongoing Service Provider order declines are telling, since these orders cover not only telcos and pay-TV providers, but also cloud giants (Alphabet/Google (GOOGL) , Facebook (FB) , Amazon (AMZN) , etc.) that are rapidly growing their capital spending. Though Cisco has been trying hard to grow its exposure to U.S. and Chinese cloud giants, it still looks as if they only account for a small percentage of total sales and orders (the same isn't true for fast-growing switch rival Arista Networks (ANET) ).

It was a little easier to brush off such concerns when Cisco was trading in the low-30s last summer, and its stock could credibly be called a value play. But it's harder now that the stock is in the 40s. Following its post-earnings selloff, Cisco still trades for 16 times a fiscal 2019 (ends in July 2019) EPS consensus of $2.86.

Much like the company's latest earnings report, that valuation isn't awful, but not one to get excited about either, given the mixture of positives and negatives found in Cisco's story.

Now's a good time to head back to the Magic Kingdom.

The news doesn't necessarily matter when markets are in a roaring bull trend.

News Headlines Don't Matter Right Now, and This Is Why

Even if you do have doubts about the market's lack of concern about macro problems, the action in many individual stocks is still quite good.