United Parcel Service Inc. (UPS) was last updated in early November, where I wrote, "There is some potential chart support in the $112-$110 area but we cannot rule out further declines to around $108." Looking back at the charts this morning we can see that UPS was stronger on the upside and then much weaker on the downside than anticipated.

In this daily bar chart, below, we can see that UPS held just above $110 in November and rallied smartly into January peaking around $135.

In this weekly bar chart of UPS, below, we can see some positive improvements. Prices just closed above the flat 40-week moving average line.

The weekly OBV line has been making a strong move up the past three months and the weekly MACD oscillator has crossed to the upside for a cover shorts buy signal.

In this Point and Figure chart of UPS, below, we can see a recent upside breakout at $115.37. An upside price target of $127.54 is being projected. 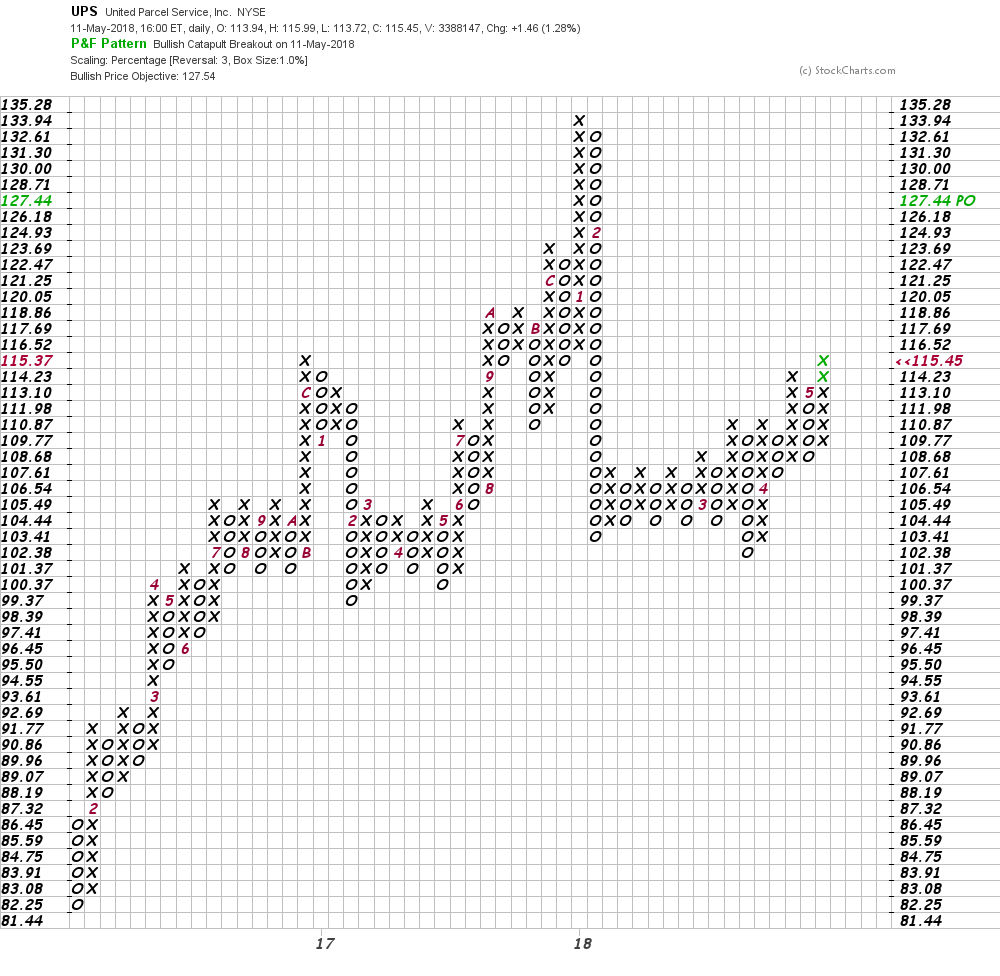 Bottom line: UPS is poised to move higher in the short-run. It has not made a big base the past three months but it can support further gains. Aggressive traders could go long UPS around $115 but they need to risk below $110. A rally back to the $125 to $130 area is possible.