The last time I looked at Texas Instruments Inc. (TXN) was in early April and I wrote that, "If TXN reaches its Point and Figure price target of $92.88 it will have broken its February low and the rising 200-day moving average line and open the way for further declines to around the $80 area in the months ahead."

Is the bull back and the bear in deep hibernation? Let's check the charts again.

In this daily bar chart of TXN, below, we can see that prices have been bought below $100, in February and through April. Buyers became more aggressive in early May and bought the dip towards $100.

Now that prices have moved above the flat 50-day moving average line the next technical hurdle is the March high around $113 or so. A close above the March zenith on increased volume should set the stage for a retest of the February high around $120.

The daily On-Balance-Volume (OBV) line shows an interesting pattern the past three to four months. The OBV line only dips slightly into February and in late April. Sellers of TXN were not that aggressive. You might say that TXN fell of its own weight.

The daily Moving Average Convergence Divergence (MACD) bottomed in February and April generating cover shorts buy signals. The oscillator is now crossing above the zero line for an outright go long signal. A lot more positive looking than at the beginning of April. 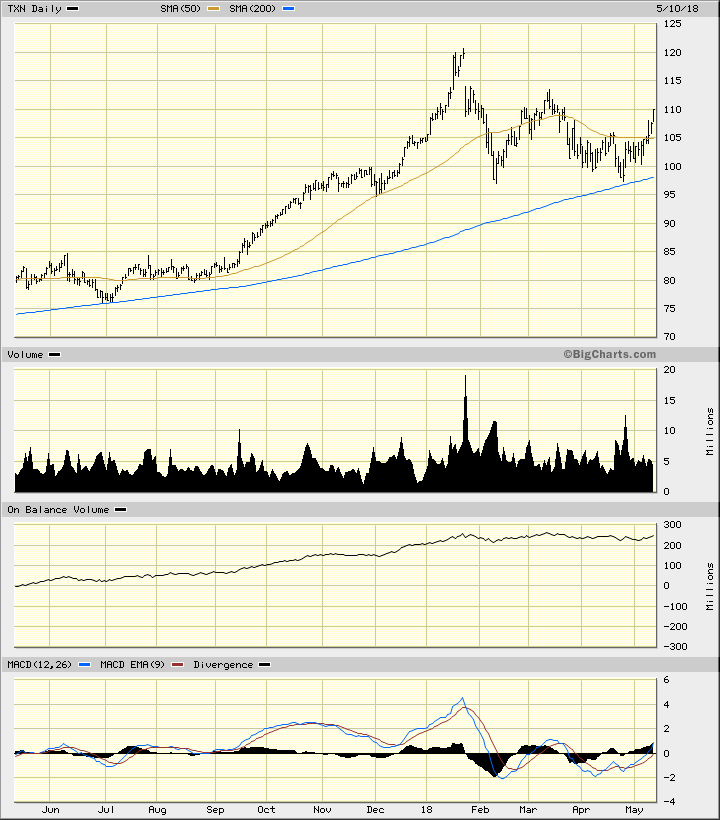 In this weekly bar chart of TXN, below, we can see prices have turned up after a test last month of the rising 40-week moving average line.

The weekly OBV line has been very firm the past four months and is close to making a new high for the move up. I may be getting ahead of things but it looks like the OBV line will make a new high before prices do. Something the OBV line leads at turning points in that a stock gets accumulated before the price breakout.

The MACD oscillator has been in a correction mode since early February but the two moving averages that make up this indicator have begun to narrow towards a potential crossover and buy signal.

In this Point and Figure chart of TXN, below, we can see the recent price improvement and rally to near $110. An upside price target is now being indicated, unlike last time we looked, of $129 or so. A move back under $100.37 would reverse this chart back to weakness. 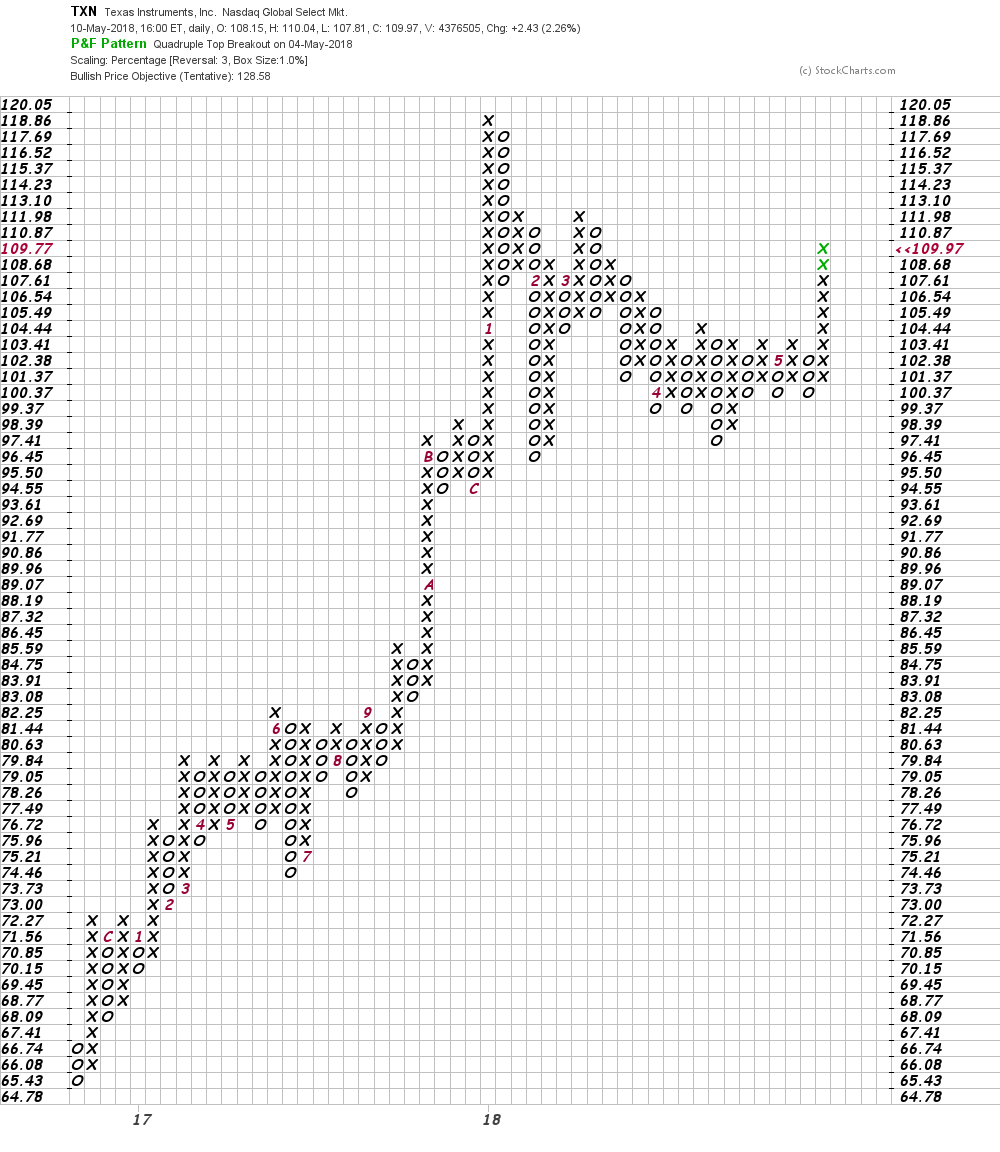 Bottom line: TXN looks much stronger than a month ago. If prices can close above the March high convincingly then we could see a test of the January highs. The potential target in the months ahead is the $130 area assuming we can breakout to new highs. Traders could go long on a close above $113 risking below $105.

The Bulls Are Not Going Away Without a Fight

Monday's intraday reversal hit leading stocks the hardest, but bears need to gain some downside momentum to prove they can be taken seriously.

Along with paid subscriber numbers, keep an eye on Netflix's second-half and regional commentary, as well as its free cash flow guidance.

Super Micro Computer Is Back in Double-Net Land

As a sometimes 'dumpster-diver', I'll look for situations where names appear to have been beaten up well beyond what they deserve.

Where's a Good SPOT to Invest in Spotify?

Livongo Health Is Still Pointed Higher on the Charts

Our analysis and trading strategy on this 'wild bunch' stock.