One has to respect Amazon (AMZN) a little bit for its competitive spirit and desire to do everything it can to crush rivals and generally, make their lives hell.

The digital beast is employing robots, or bots as coders call them, to thwart rivals such as Walmart (WMT) from tracking product price changes on its site, reports Reuters. This is a huge deal, and one that is potentially seriously disruptive to companies of all kind that compete with Amazon.

Most big retailers tend to rely on computer programs to "scrape" price changes on Amazon. When Amazon changes a price, competitors will often follow suit in order to not risk losing a sale. So if there is no scraping of Amazon's site each millisecond, competitors lose sales -- it's that simple.

Side note that Wall Street analysts tend to employ their own scraping models on Amazon to track price changes and how they may impact the company's profit margins, and those at others in their coverage universe.

This is one of many examples of why you pay up to own Amazon's stock. Even at 83x forward earnings, the company just refuses to be beaten.

Read This Or Lose Out

Walmart is on the move: Having covered Walmart since day one out of college, I have never seen the company move as quickly as it's moving right now. Case in point: it has partnered up with a company to open Jet.com's first-ever store. As TheStreet reports, the temporary New York City location will sell groceries. Below are several photos of the location. 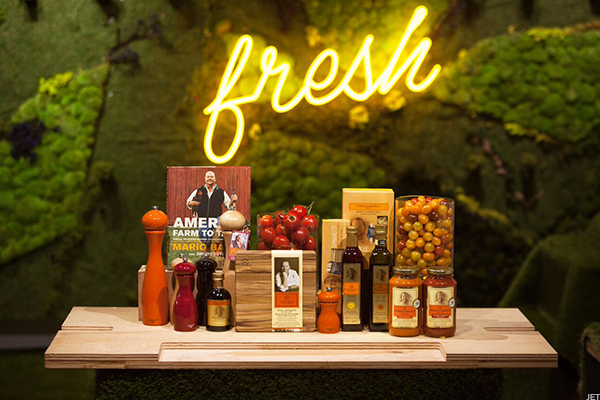 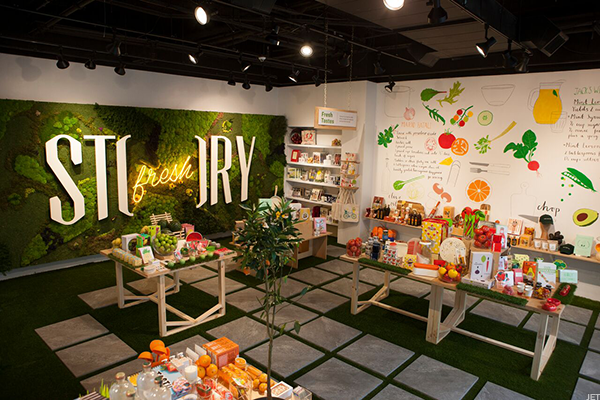 Fossil is falling apart: Shares of watchmaker Fossil (FOSL) will be down more than 22% on Wednesday morning following a horrifying first quarter. As this feature from TheStreet shows, the company is in a really bad place. The company's results hint at some bad numbers from Macy's (M) , Kohl's (KSS) and J.C. Penney (JCP) later this week.

What Melania has been up to: Great overview of what First Lady Melania Trump has been up to in her first 100-plus days via USA Today. There is no question that Trump has opted for a more chill approach to First Lady -- the events she attends without her husband almost go uncovered.

Meanwhile, France's Macron has a First Lady that has no qualms stepping out in the public.

"An untamed, free spirit is always so attractive, isn't it?" ✌��️ My 2-minute piece for #dailyo on the new French first-lady, Brigitte Macron �� Link in BIO ⬆️

Is this wrong or just a business decision: Long-time General Motors (GM) executive Bob Lutz -- and borderline auto industry legend -- has a company that is selling discontinued American icon the Hummer in China. According to Car and Driver, Lutz' company VLF Automotive is selling carbon copies of the Hummer H1 in the country.

Apple starts the day sitting on a nice round number: After hitting a market capitalization above $800 billion briefly on Monday, Apple (AAPL) on Tuesday became the first U.S. company in history to cross that level of value on a closing basis. Apple's market cap to start the session: $803 billion. As Apple Insider points out, it was just mid-February when Apple's market cap closed above $700 billion.

Doesn't this chart say it all?

Who cares about the rise of electric cars, says an oil company: A BP (BP) executive unsurprisingly downplayed the threat of electric cars to the oil industry at the Flame conference on Tuesday evening. The comments below are probably right, but 50 years out there is no denying electric, autonomous cars on roads globally will mean less oil/gas consumption.

If Tesla's (TSLA) CEO Elon Musk would like to discuss this with me on Twitter, I am totally open to it.

@BP expects in the next 20 years efficiency to have much bigger impact on oil demand than electric cars but uncertainties remain. #FlameConf pic.twitter.com/RkWlVszoi4

Jim Cramer and the AAP team hold a position in Apple for their Action Alerts PLUS Charitable Trust Portfolio. Want to be alerted before Cramer buys or sells AAPL? Learn more now.

Get an email alert each time I write an article for Real Money. Click the "+Follow" next to my byline to this article.
TAGS: Investing | U.S. Equity | Consumer Discretionary | Consumer Staples | Markets | Consumer | Economy | E-Commerce