ServiceNow (NOW) was reviewed back around Thanksgiving. I was positive on the stock, "NOW is still in an uptrend and should be traded from the long side. Go long NOW on any weakness towards $125. Risk below $115 and look for gains to $135 and then $145." NOW wasted little time and surpassed our $145 target by the end of January. Prices kept going up but have stalled in the $170-$180 area since early March. Are prices getting ready for another leg higher or have conditions deteriorated and is a retracement is possible? Let's check the charts again.

In this daily bar chart of NOW, below, we can see that prices have pushed into the $170-$180 area a number of times since early March but a breakout to new highs has so far been elusive. Prices are above the rising 50-day moving average line but it won't take much of a decline to break below the line. The daily On-Balance-Volume (OBV) line peaked in early March and has not posted a new high which would go far towards foreshadowing a new price high. The Moving Average Convergence Divergence (MACD) oscillator peaked in March and corrected down to the zero line where it is now crossing to the upside for a fresh buy signal.

In this weekly bar chart of NOW, below, we can see that prices are well above the rising 40-week moving average line. The weekly OBV line has been rising since early 2016 but has flattened out the past two months. The MACD oscillator on this longer time frame has just crossed to the downside for a take profits sell signal.

In this Point and Figure chart of NOW, below, we can see a double-top-like pattern and a downside price target of $138.15. A decline to $155.50 would be a new low for the move down on this chart and could generate carryover selling. 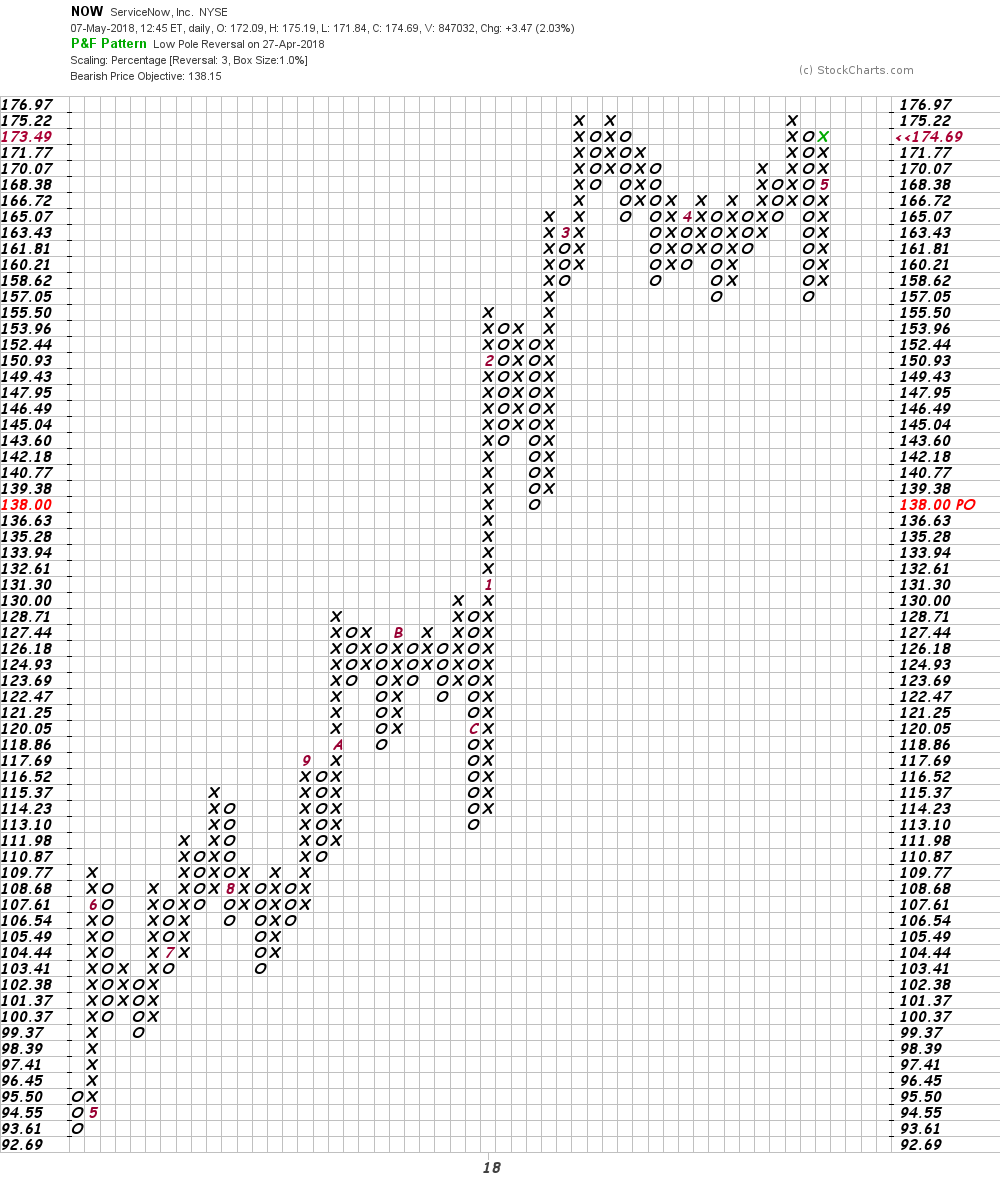 Bottom line: NOW is at a fork in the road. Prices are close to making new highs for the move up and rallying closer to $200 but a Point and Figure chart makes a bearish case for now. Prices will ultimately take the path of least resistance.